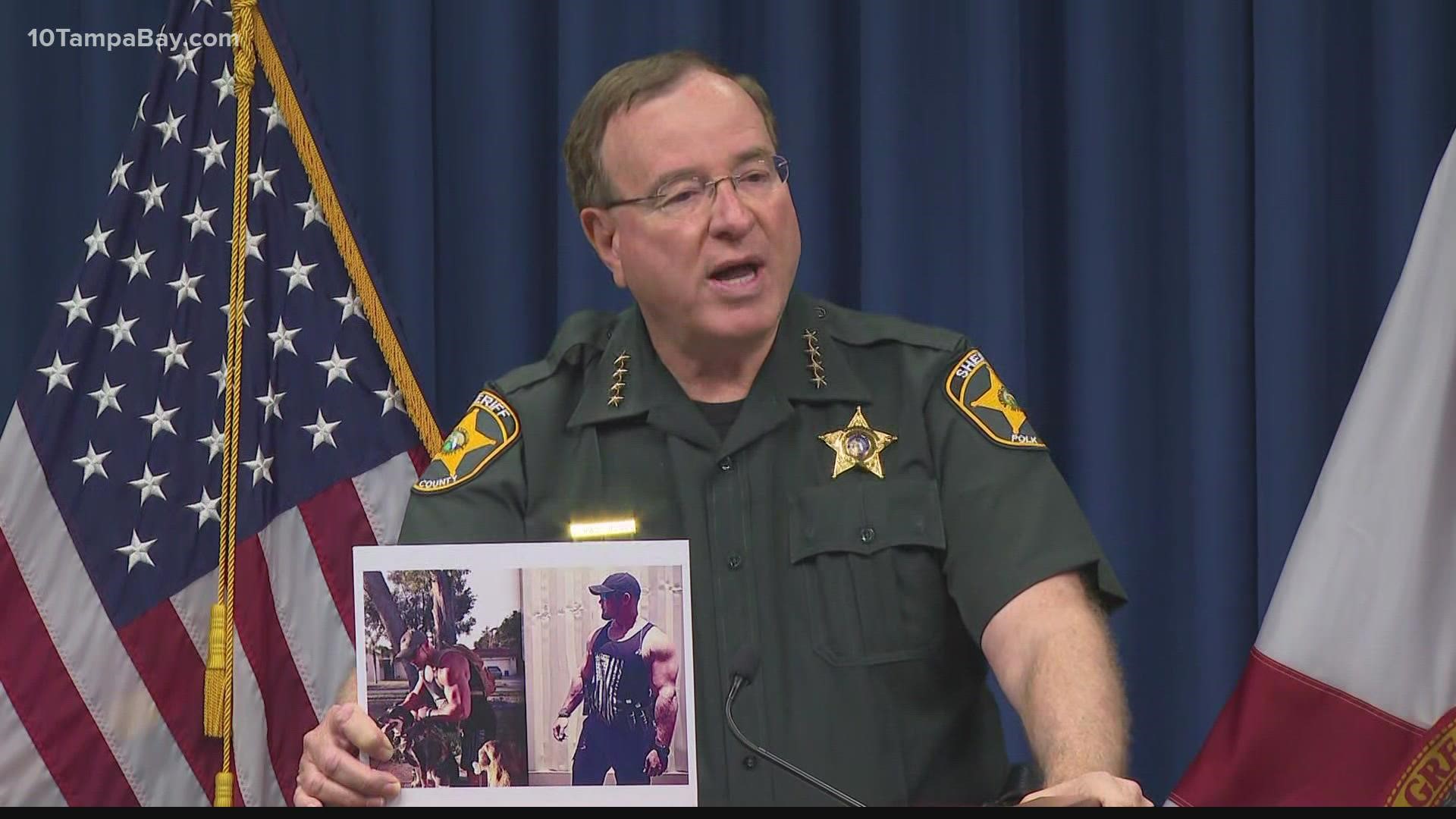 LAKELAND, Fla. — A former Marine is formally charged for the killings of a Lakeland family and their family dog, and for "torturing" and trying to kill an 11-year-old girl.

Bryan Riley faces numerous charges, including four counts of first-degree murder in the deaths of 40-year-old Justice Gleason, the only person killed whose name has been released by the sheriff's office, and three members of his family — his significant other, their 3-month-old baby and his mother-in-law.

Gleason's 11-year-old daughter is the only survivor of the massacre. She was "tortured" and shot at least seven times, according to Polk County Sheriff Grady Judd.

According to investigators, Riley pulled the girl out of the bathroom where he shot and killed her family and tortured her in the living room, demanding information on "Amber," who Riley claimed was a girl about to "commit suicide" and was being sex trafficked. There was no Amber — it was all "a figment of his imagination," Judd said.

Riley did this because "God told me to kill everyone and save Amber cause she's a victim of sex trafficking," the sheriff says Riley later told detectives.

The 33-year-old former Marine could ultimately face the death penalty or life in prison if convicted of the killings.

Riley has not entered a plea. Prosecutors have not announced a decision on whether they will seek the death penalty.