Sheriff: Driver accused of running over librarian after attacking her son charged with murder

Investigators say he was driving a church van. 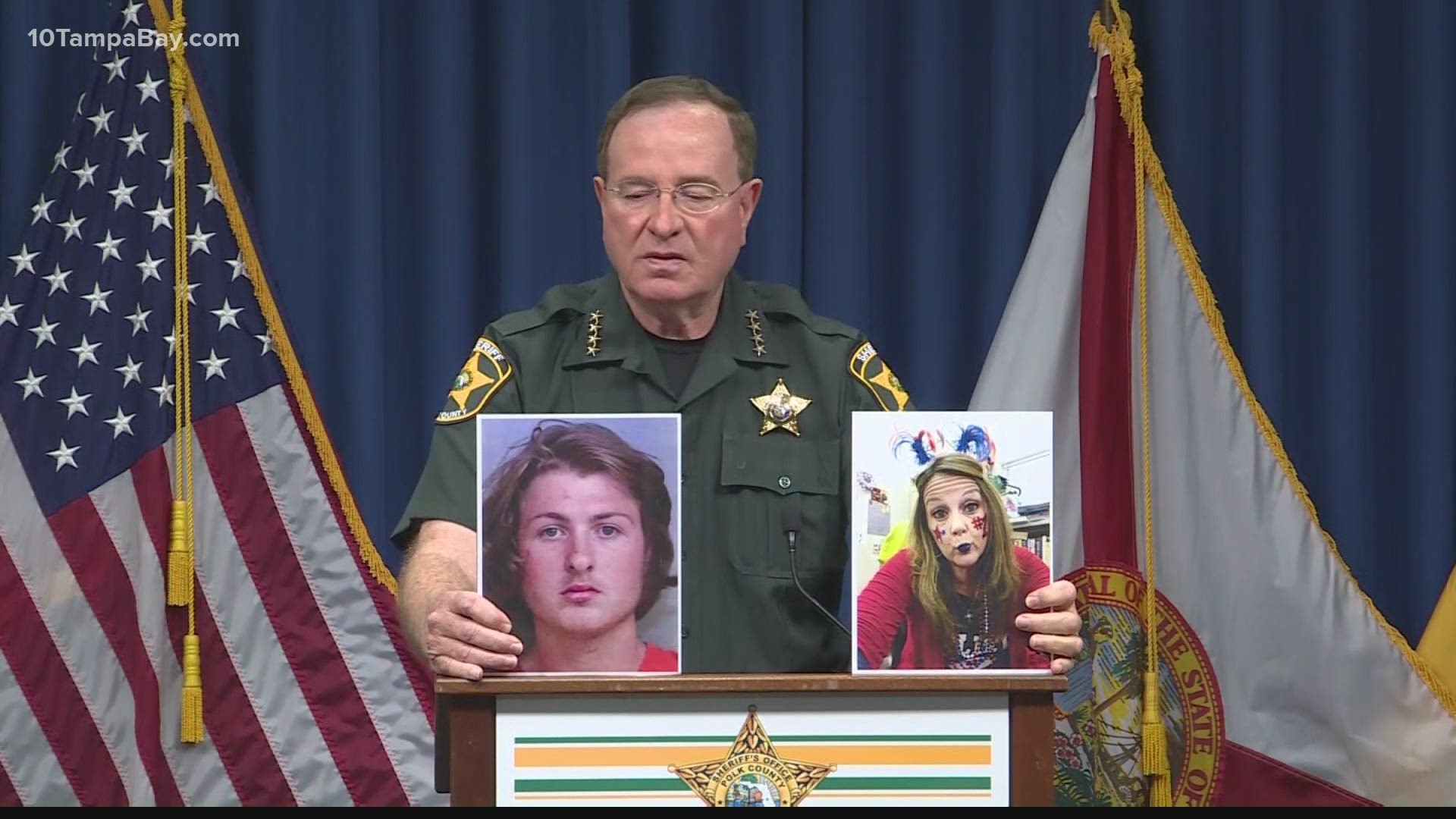 POLK CITY, Fla. — An 18-year-old faces an upgraded charge of first-degree murder in connection with the death of a Polk City librarian outside her own home.

Polk County Sheriff Grady Judd says Elijah Stansell used a van from Westwood Missionary Baptist Church, where his dad is a pastor, to intentionally run over Suzette Penton on Nov. 9.

Investigators say Stansell was dating the ex-girlfriend of one of Penton's sons.

Although the son and the ex-girlfriend hadn't been a couple in months, authorities say their communications had recently soured to the point that the girl was suspended from school for what Judd described as "outrageous conduct."

That's when Judd said the ex-girlfriend grabbed two friends and her current boyfriend, Stansell, to go to Penton's house with the hope that Stansell would beat up her ex: Penton's son. Authorities say the four teens waited in a van across the street as Penton and her youngest son left for the store, leaving the other son home.

The son came out a side door, where Judd said he was attacked by Stansell.

According to the sheriff's office, Penton returned home while the four teens were still there. She followed them and took pictures of them and their van with her phone, investigators say. That's when Stansell is accused of running her over before driving off.

In addition to first-degree murder, Stansell is being charged with three counts of contributing to the delinquency of a minor, burglary with assault and lewd and lascivious battery on a minor.

Judd said the three teens with Stansell -- Kimberly Stone, 16, Raven Sutton, 16, and Hannah Eubank, 14 -- were arrested and charged with attempted murder and burglary with assault.

During a news conference Tuesday, Judd described Polk City as a normally quaint and quiet community of roughly 1,500 people. It's nearly crime-free, he said.

"Suzette Penton helped make it a wonderful community with the work she did with the children at the library," Judd told reporters. "...She was known and loved by the people of Polk City."