Shields spoke on the factors that impact the number of homicides seen in the city and practices the department has been implementing. 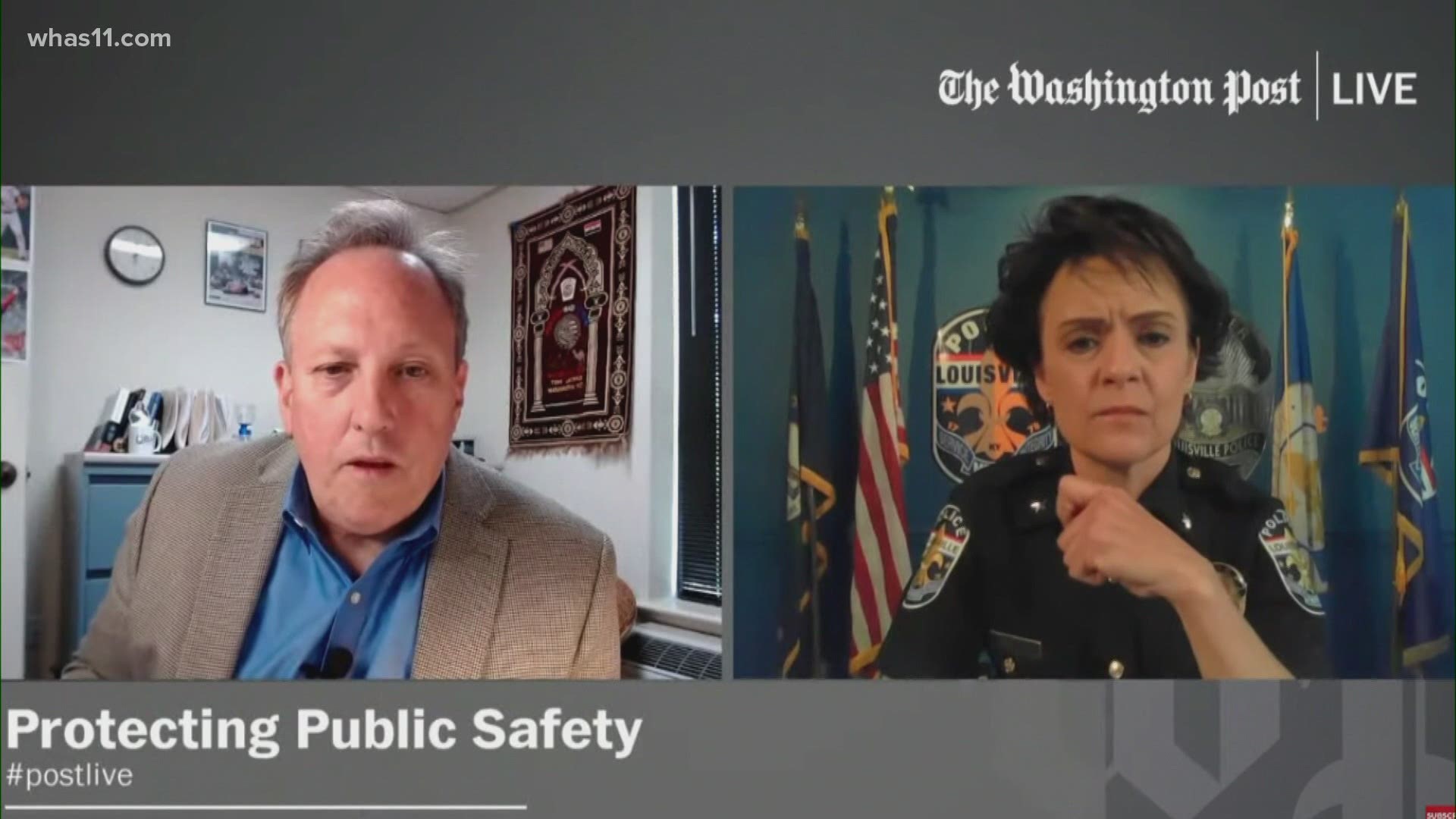 In the Facebook Live interview, Shields cited several reasons for rising homicides throughout the city including the gun laws in Kentucky and lack of confidence in officers. So far, there have been 104 homicides.

"Last year put them [LMPD officers] in a mental space where they are not sure the community wants them to police," Shields said. "They are concerned that if they are involved in a use of force they will be immediately stigmatized, there will be protesters in front of their house and they are acutely aware of the guns on the street they may have to use force."

Additionally, Shields said LMPD officers are fearful of backlash and feel they lack support from their leadership, the community, and metro council. She said the department is undergoing proactive policing and getting officers into the community.

Later, Shields spoke on new intelligence policing practices.She said the process identifies repeat offenders of crime and recognizes the crime that follows with their connections.

Shields said the announcement of the Justice Department's civil investigation into LMPD was a 'punch in the gut' and 'demoralizing' for her officers. The chief said there was nothing in the DOJ announcement that she did not already expect to be under investigation.

"I think for the troops it was another punch in the gut," Shields said. "They've just really been pummeled over the last year."

She later called LMPD a 'prideful' department and said they want the right direction.

"This department will be stronger when we navigate through it," Shields said.