Founder Ashley Dearinger says someone smashed the front door with two rocks and stole 5 computers and a TV. 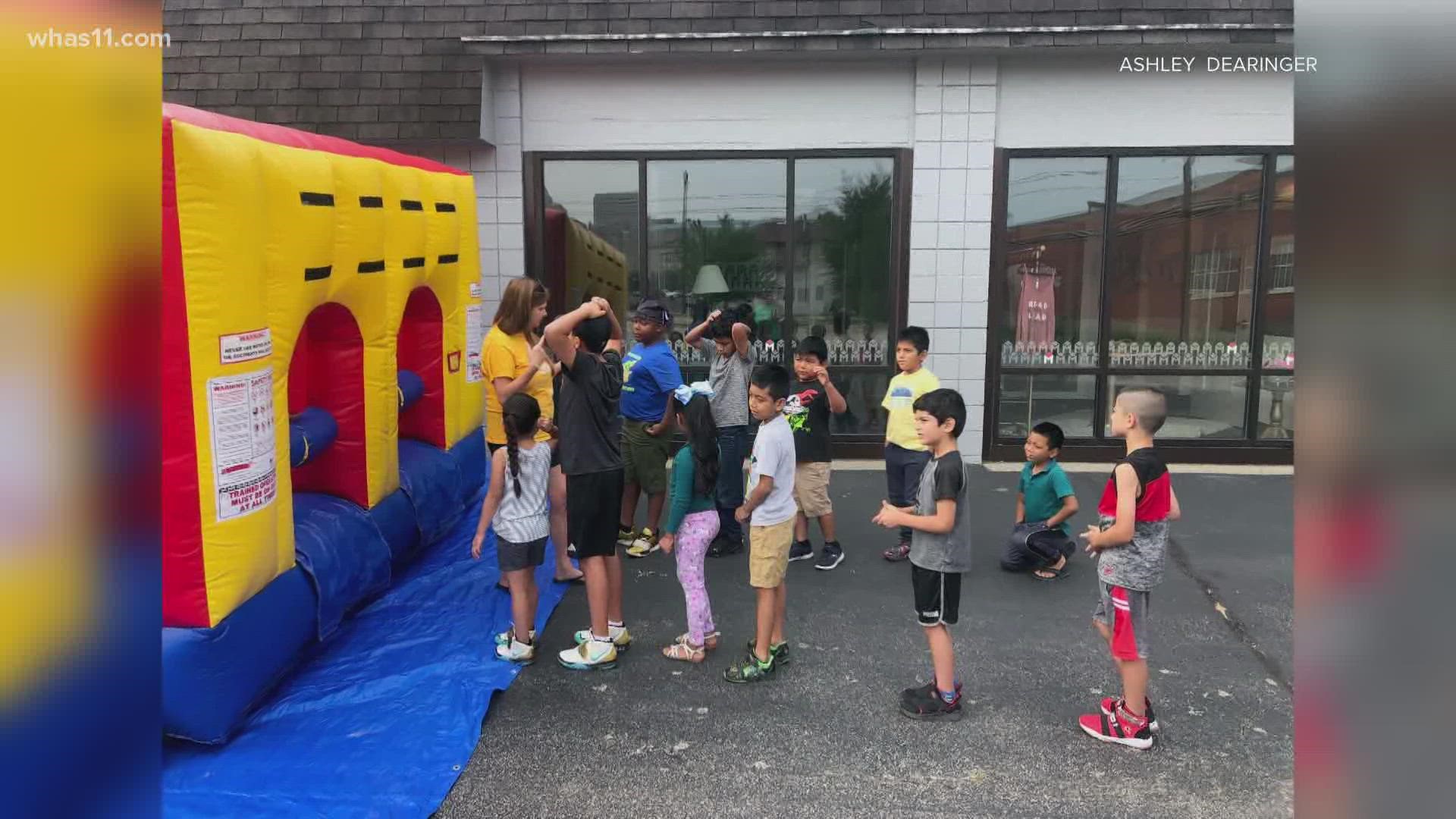 LOUISVILLE, Ky. — A downtown education nonprofit spent its last day of summer classes picking up shattered glass. Early Thursday morning, staff at "I Would Rather Be Reading" learned someone broke into their building.

In the dog days of summer, the group’s summer students' final celebration was shattered by two rocks and swift hands.

"Whoever did this, it was just a grab and go, they took any large technology they could get their hands on,” Dearinger said.

Early Thursday morning, Dearinger got a nightmare call. Someone broke into her pride and joy. Staff found broken glass, and said five computers and a TV were missing.

"It just kind of gave you that sick feeling,” she said.

Students were supposed to be heading in for their final day of summer programming through JCPS. Instead, staff scrambled to keep them safely home, and pick up the pieces.

"Yesterday was supposed to be a really important day for them, and the computers are one thing but I feel like the people who did this stole a really special moment from our kids,” Dearinger said.

Adding insult to injury, the group just moved into its building on 6th Street. They hadn't had time to install cameras until Friday.

"I have a feeling it's probably going to be one of those cases where there aren't suspects," Dearinger said. "I wish we could hold someone accountable for this."

Now Dearinger is shouldering this burden, in addition to what she already takes on. The nonprofit uses trauma-informed education and one-on-one reading lessons for kids facing major challenges.

"When you have a five-year old saying they saw someone shot on the ground in front of them, you can't pull a guided reading group,” she said.

As new alarms go in, Dearinger hopes to have students back soon, focused on the future with a new sense of security.

Dearinger said community partners helped them get their glass door replaces quickly. She estimates the cost of the stolen technology is about $3,500. She asks that anyone who may want to make a donation get in touch.

LMPD said there is an active investigation, after Dearinger’s team filed a police report.