Body cam footage shows officers rescuing a young girl from a suspected kidnapping. Video also shows the arrest of Robby Wildt, who is being held on a $1M bond. 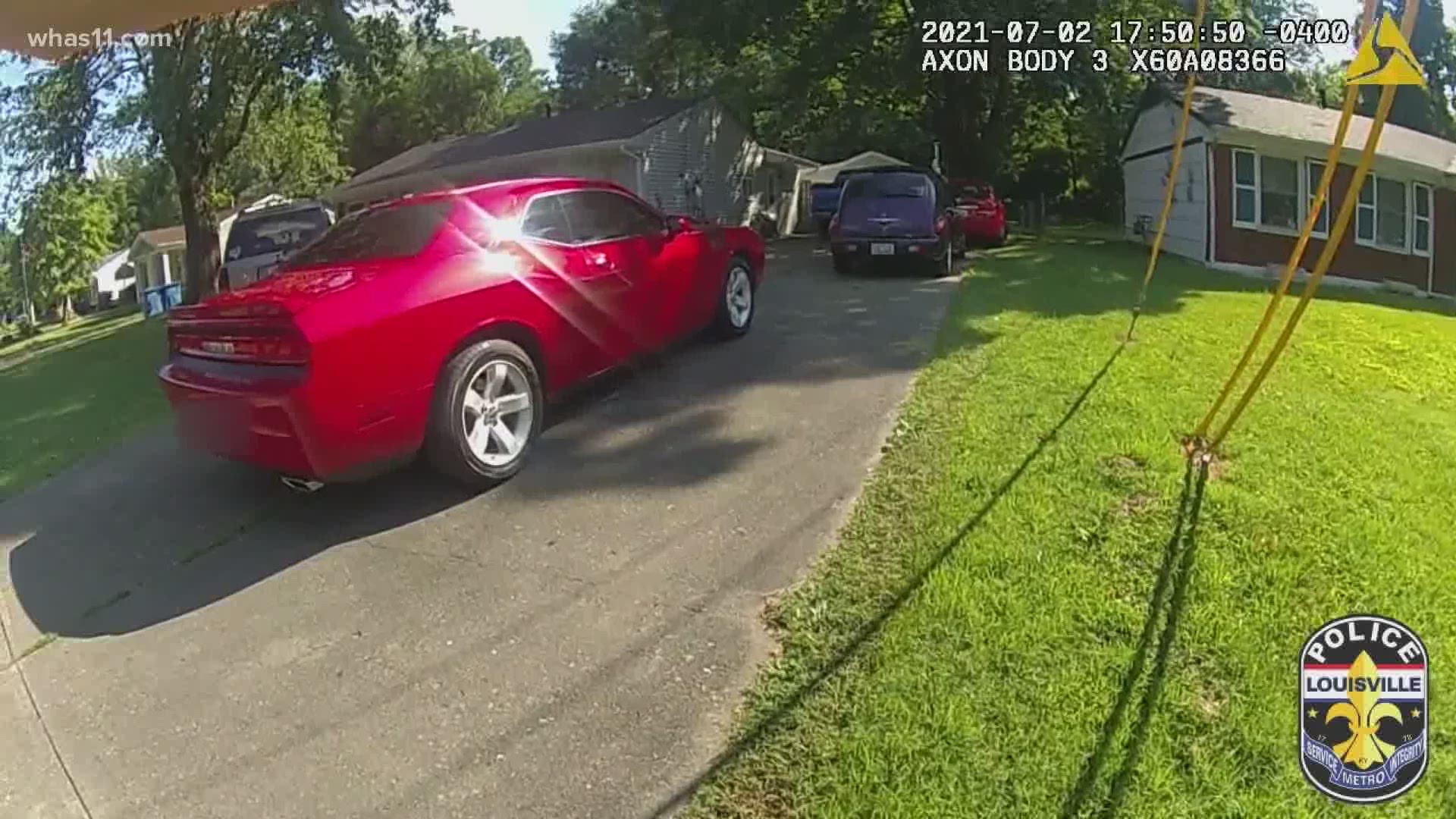 LOUISVILLE, Ky. — WARNING: The video shown above may be unsettling for some viewers.

The Louisville Metro Police Department (LMPD) released body camera footage of the rescue of a suspected kidnapped girl. The video also shows the arrest of 40-year-old Robby Wildt, who is accused of taking the child off the side of the road.

Responding officer Jason Burba can be seen finding the girl inside of a car while Sergeant Joe Keeling places Wildt under arrest.

"I want my daddy!" the little girl cries as Burba carries her from the car.

The incident happened in Valley Station July 2. Wildt admitted to police that he saw the young girl playing outside, then turned around in his car to take her from her neighborhood on Haney Way. Police said she was outside riding her bike when it happened.

"Witnesses quickly called 911 with a very detailed description of the event & the vehicle and even had a partial license plate. MetroSafe dispatch was very thorough in communicating the urgency of this situation and 3rd Division promptly responded and saturated the area," LMPD Offc. Beth Ruoff said.

Police said it took only about 30 minutes to find and rescue the girl, all thanks to the quick actions of the neighbors and officers.

One of those neighbors who witnessed the events unfold was Prentiss Weatherford. He told WHAS11 News he was outside with his father at their house, several away from the little girl's.

"That morning it began with one of our cars being broken in to, so that led us to being outside trying to figure out where to place cameras on the house," Weatherford said.

That's when he said he saw a car come around the corner and park in the middle of the street. A man then got out, he said, and grabbed the girl "by the collar, threw the bike, put her in the passenger seat, and then took off."

"I saw it happen and I yelled at my dad to grab the car keys and we hopped in the car, ran down the street to the grandfather, made sure just to double check that she was kidnapped, though I just knew she was," Weatherford said.

Weatherford said he acted because he had a gut feeling the girl was being kidnapped.

"You just don't grab a little kid like that and throw them in your car," he said. "Grabbed her by the collar, slung her around and threw the bike. For a 6-year old that's pretty violent."

From there, Weatherford said he went into "fight or flight" mode, and chased the man's car. He was able to give police a partial license place number, after they had been alerted from a 911 call.

"I never thought I'd be a witness to something like that. I'm glad I was, sad to say. But I'm glad I was to chase after him and make sure she was safe," Weatherford said. "As soon as they opened the passenger door and she was in the car, I was just joyful."

LMPD said the situation is "rare" and that police more commonly see "custodial issues" as kidnappings.

"Although we do not want the community to be alarmed, this is certainly an educational opportunity for parents to remind their children that “stranger danger” is real. It is important to talk to your kids about any adult who tries to use a ruse to lure them to their vehicles or away from public view," Ruoff said.

Wildt is currently being held at the Louisville Metro Department of Corrections on a $1 million bond. He has pleaded not guilty to a charge of kidnapping a minor.