One man was killed and another was injured in the shooting. 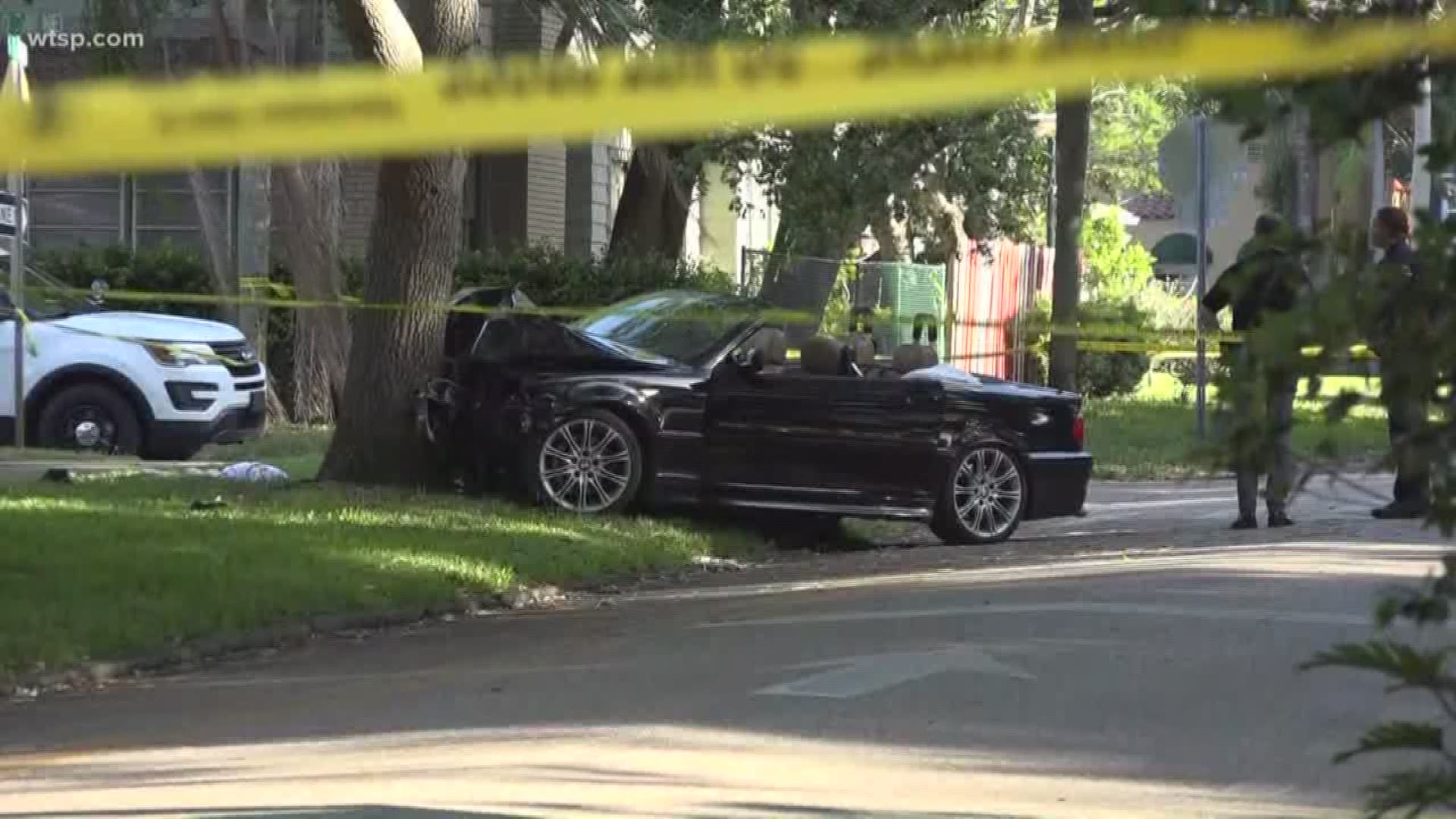 ST. PETERSBURG, Fla. — St. Petersburg police have arrested a man a week after he was accused of shooting into a black BMW that crashed into a tree.

Quentin Hicks, 42, later died from his injuries, police said. The other man's current condition is unknown. Police identified a Blue Hyundai seen driving away in a surveillance video and released a composite of the suspect.

After an investigation, detectives identified Shutt after seeing his SUV.

Shutt did not know the victims before the shooting and police said a traffic dispute led to the shooting. He was arrested around 4 a.m. Wednesday after police he went inside his girlfriend's house without permission.