He told the boy 'the police will find you a new home,' according to the police report. 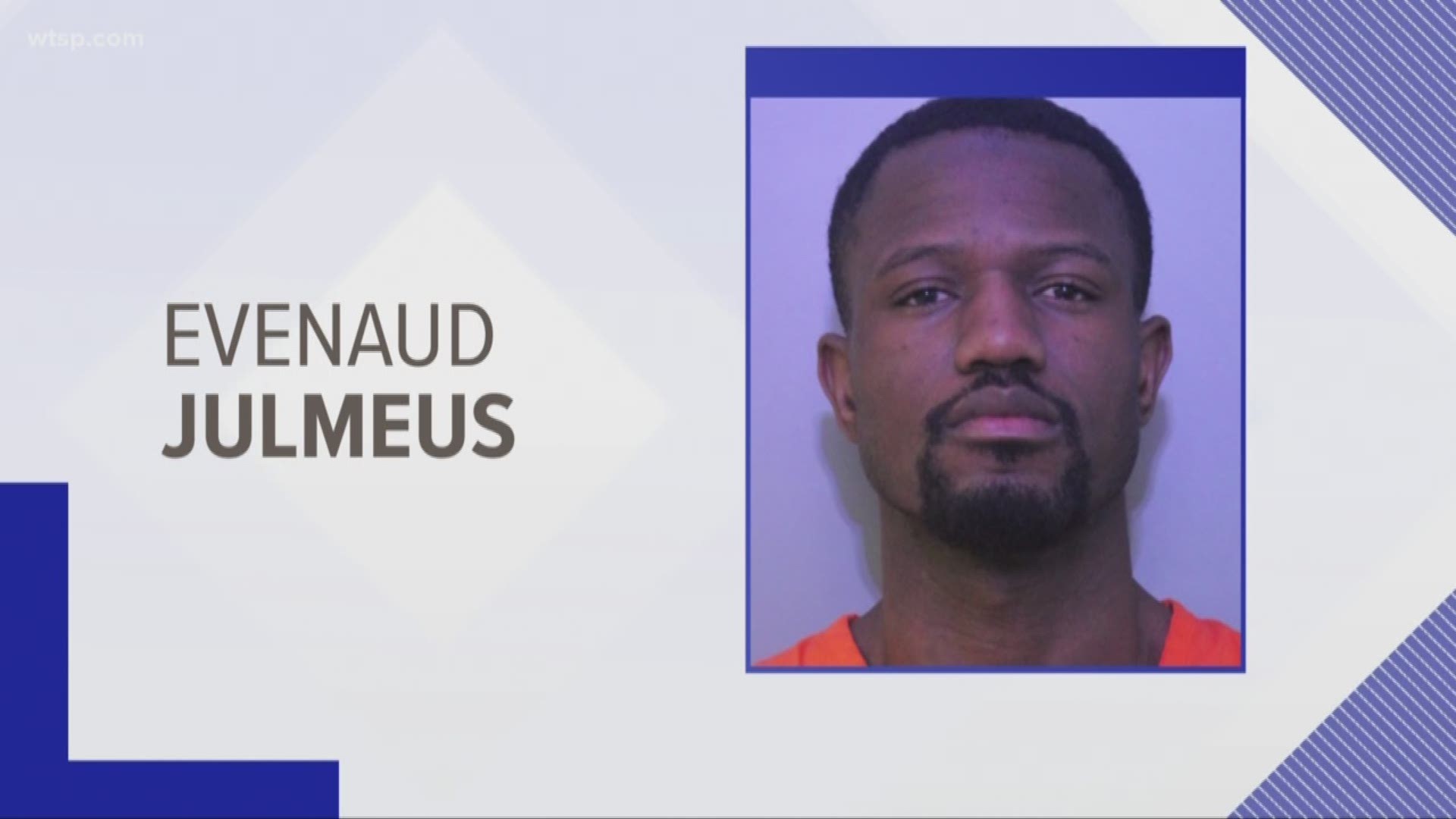 HAINES CITY, Fla. — Haines City police have arrested a man and accused him of child abuse after they say he left a juvenile on the side of the road because he thought the boy was gay.

The incident happened Sunday around 9:21 p.m. after police say the boy had been left in front of the closed police department. The boy was left with a small duffel bag with clothes inside and was very upset and crying, according to the police report.

The boy said he had been left by Evevaud Julmeus, 30, "because he thinks that he is gay," according to the report. The report also states the boy told police the two had gotten into an argument after Julmeus found male pornography on the boy's cell phone.

Police say the boy told them Julmeus told him to pack a bag and get in the car. After the boy got into the car, Julmeus told him he was leaving him at the police station, telling the boy "the police will find you a new home," according to the report.

Police say he was left without any food, water, money or a phone to contact anyone.

A bystander saw the boy and called police.

When the mother of the child got out of the shower, the arrest report states she asked Julmeus where the child was and he told her if she wanted to go get him, that he was at the police department.

The report says the mother left her other children with Julmeus to go find the boy, and Julmeus left the house before law enforcement arrived, leaving the children at the home without any adult supervision.

He was subsequently arrested on three counts of negligent child abuse without bodily harm.

RELATED: Killer who 'tormented' Michigan family for 34 years marked for execution in Florida