SLED agents say Murdaugh planned the shooting, which would allow his son to collect approximately $10M in life insurance benefits. 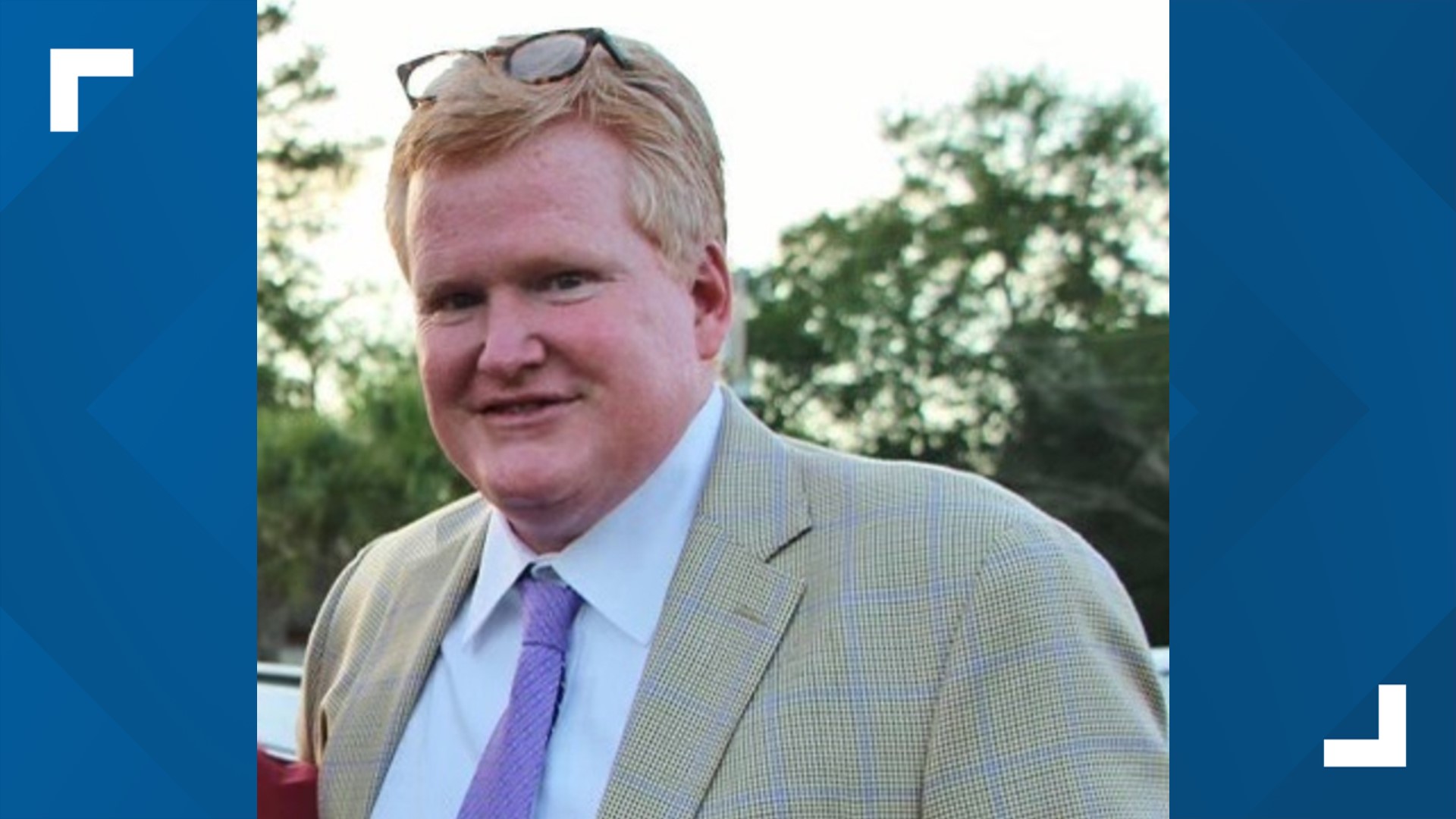 COLUMBIA, S.C. — An arrest has been made in connection with the shooting incident involving Alex Murdaugh on Sept. 4 in Hampton County, according to the SC Law Enforcement Division (SLED).

Authorities say 61-year-old Curtis Edward Smith of Colleton County is charged with assisted suicide, assault and battery of a high aggravated nature, pointing and presenting a firearm, insurance fraud, and conspiracy to commit insurance fraud. Smith has also been charged with distribution of methamphetamine and possession of marijuana.

Agents say Alex Murdaugh conspired with Smith to help Murdaugh commit suicide. Murdaugh provided Smith with a firearm and asked Smith to shoot him in the head, according to authorities, to allow payment of a death benefit to a beneficiary of Alex Murdaugh.

According to SLED, Smith followed Murdaugh to Old Salkehatchie Road on September 4 and shot Murdaugh as he stood in the road. After shooting Murdaugh, agents say Smith Smith drove down the road and disposed of the firearm. Murdaugh survived the shooting and was transported to Memorial Health University Medical Center, a trauma one hospital in Savannah, Georgia for treatment.

On Monday, agents say Murdaugh provided a statement to SLED in which he admitted to planning his death for the purpose of his son collecting a life insurance policy valued at approximately $10 million. Smith admitted to being present during the shooting and disposing of the firearm afterward, according to authorities.

SLED is currently still investigating the deaths of Murdaugh’s wife Maggie and her son Paul. According to the Associated Press, Murdaugh found his wife and son shot several times outside a home on the family’s Colleton County land after checking on his seriously ill father.

AP also reports that Paul's death came as he was awaiting trial for boating under the influence and causing a 2019 crash that killed a 19-year-old woman. He had pleaded not guilty.

On September 6, Murdaugh announced he was resigning from his law firm and entering rehab, after he was shot the previous weekend and months after his wife and son were killed.

“The murders of my wife and son have caused an incredibly difficult time in my life," Murdaugh said. "I have made a lot of decisions that I truly regret. I’m resigning from my law firm and entering rehab after a long battle that has been exacerbated by these murders. I am immensely sorry to everyone I’ve hurt including my family, friends and colleagues. I ask for prayers as I rehabilitate myself and my relationships.”

Hours later, according to reports by The Associated Press (AP), Murdaugh's law firm later released a statement saying that Murdaugh had been taking money from the company.

The PMPED law firm said it will hire an accounting firm to fully review its books. It didn’t say how much money might be missing, but said Murdaugh was no longer associated with them in any way.

“This is disappointing news for all of us. Rest assured that our firm will deal with this in a straightforward manner. There’s no place in our firm for such behavior,” the law firm said in a statement.

On Monday, SLED announced it has opened an investigation into claims that attorney Alex Murdaugh misappropriated money from the law firm where he worked.

State agents confirmed late Monday they've begun a probe into the allegations which were made by Peters, Murdaugh, Parker, Eltzroth, & Detrick (PMPED), a law firm based in Hampton, South Carolina.

SLED officials say additional charges in the case are expected and will be announced when appropriate.