After a short car chase, sheriff's deputies captured the man. 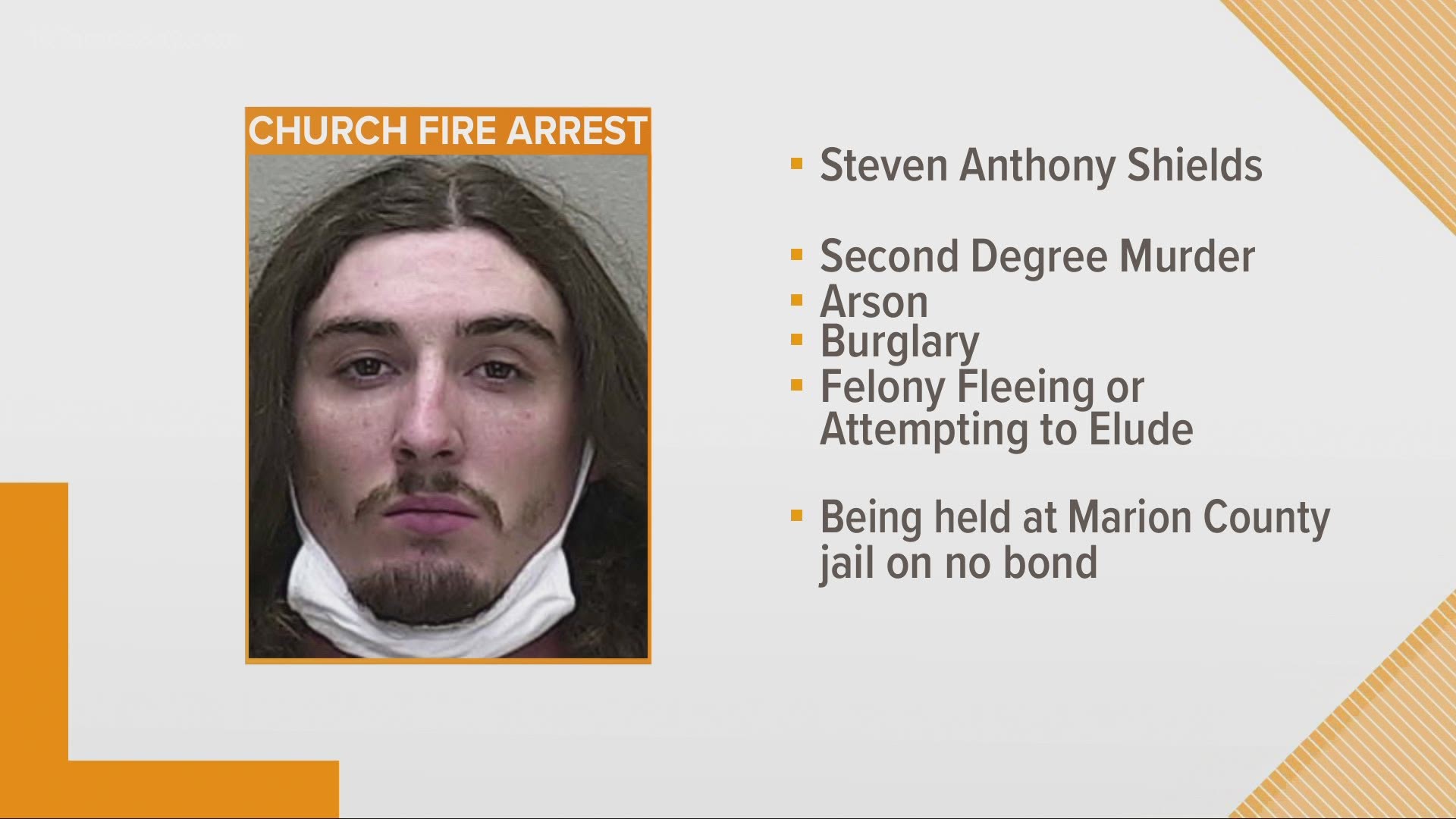 OCALA, Fla. — A man is behind bars after intentionally driving his car into an Ocala church, pouring gasoline on it and lighting a fire inside, according to investigators.

Authorities say the man then led deputies on a car chase but was soon captured.

The parishioners were able to escape without injury as Marion County Fire Rescue extinguished the fire.

"Out freedom of worship granted in the Constitution is a freedom that we all hold dearly. My deputies and I are sworn to protect that right and will always ensure our citizens can worship in peace," Marion County Sheriff Billy Woods said. "I'm really proud of my deputies for capturing this man so quickly and we appreciate the assistance from all of the state and federal agencies that worked alongside of us during this investigation."

Shields has been charged with one count of attempted second-degree murder, arson of a structure, burglary of an occupied structure, felony fleeing or attempting to elude.

He is being held on no bond.