He was one of only a handful - so far - that have brought any money back after an armored truck's doors opened along the busy interstate. 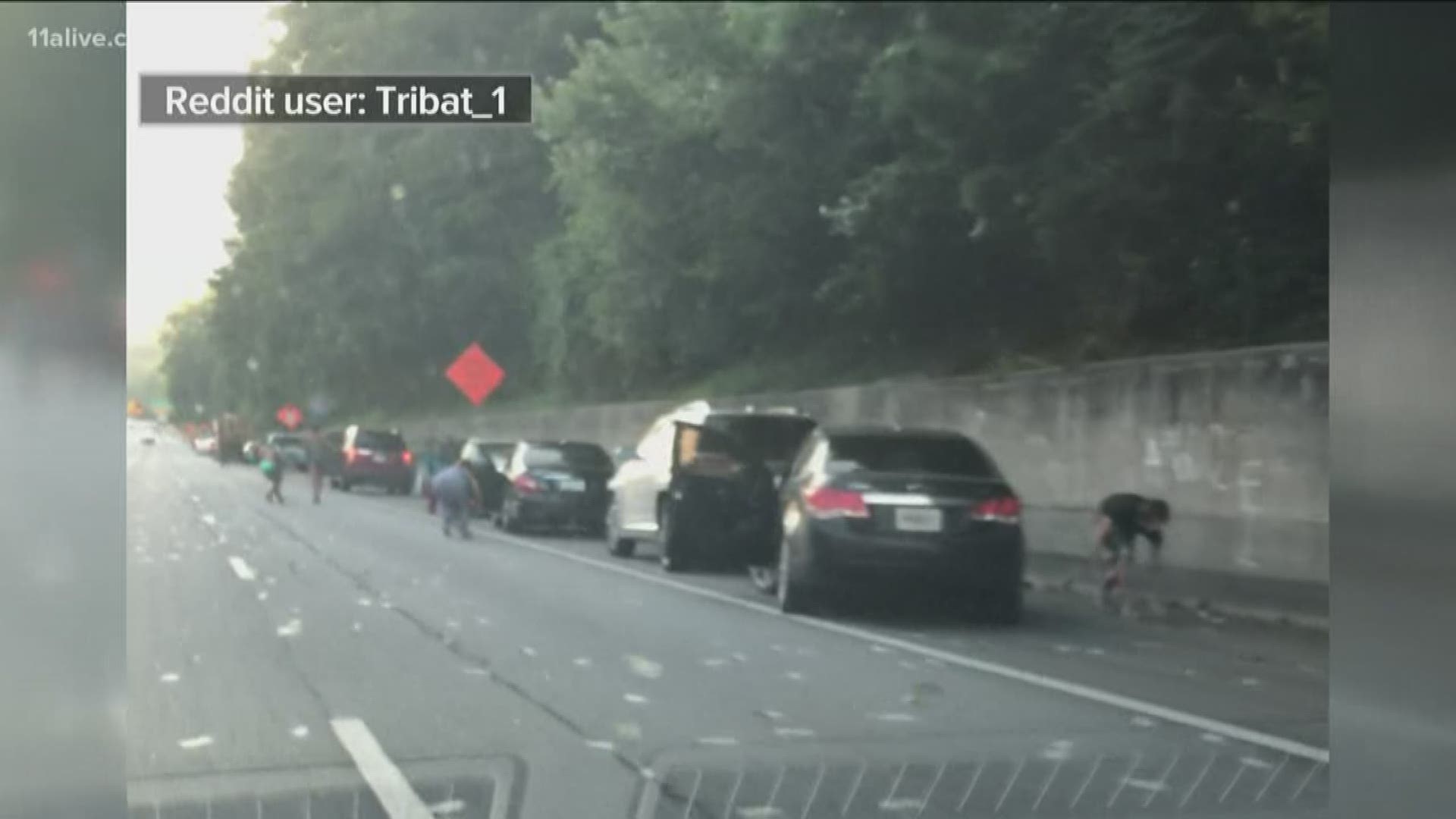 DUNWOODY, Ga. — Randrell Lewis said he was one of the dozens of people who helped clear a spill on I-285, Tuesday evening.  But his decision kept him up that night - and soon, he learned why.

That's because the spill was cash out of an armored truck that was heading down the highway when the doors inexplicably opened.  Police said they were thankful no one was hit as people got out of their vehicles to grab the cash. Lewis said he was one of the people who stopped.

He said that, at first, he actually thought leaves were raining down on the road. But he said it was odd considering it isn't fall - and, when he realized it was money, he acted quickly.

"I just pulled over and started picking up as much as I can, you know, that's the first thing that came to mind," he said.

He said it felt like he was in a movie or that the cash might be fake - some sort of scam.

Nonetheless, he managed to get about $2,000 before hopping back in his car and leaving. He said he only noticed the truck itself as he was leaving.

Authorities estimate about $175,000 left on the roadway. But when Lewis finally got home to Kennesaw, he started thinking about what happened. And he began wondering just what he could really do with the cash. So he started doing research - and then he saw what police had to say about it.

"I stayed up all night and I was like, let me go wait until the morning and see the news and see what I can do with the money," Lewis said.

Even before the news, he said he wrestled with what he should do, thinking of his own uses - and things he could do for his family. But neither police nor news stories minced words. So, he did what he had to."

"The news said that it's theft - it's stealing - it's a crime and you must turn it end so I have to."

Citing that information and his conscience, Lewis ultimately ended up taking the money back to Dunwoody Police after seeing their message.

Explaining what made him think to grab the money to begin with, he said he just reacted.

"You know, that never happened to me. I didn't know how to react. My body just moved you know?" he said.

Less than a day later, Lewis is none-the-richer as a result of that interstate windfall. But he has a pretty interesting story about the day he got caught in a cash storm driving through Dunwoody.

As for what happens next, police hope more people step forward.

"We are all human beings. We all understand the temptation," police spokesperson Sgt. Robert Parsons said. "A lot of people would have done the same exact thing in that position. But then, reality needs to set in."

Lewis also had a warning for the rest of the people out there still holding onto the cash.

As of Wednesday night, police said five people had returned money. The total recovered is up to about $4,400.