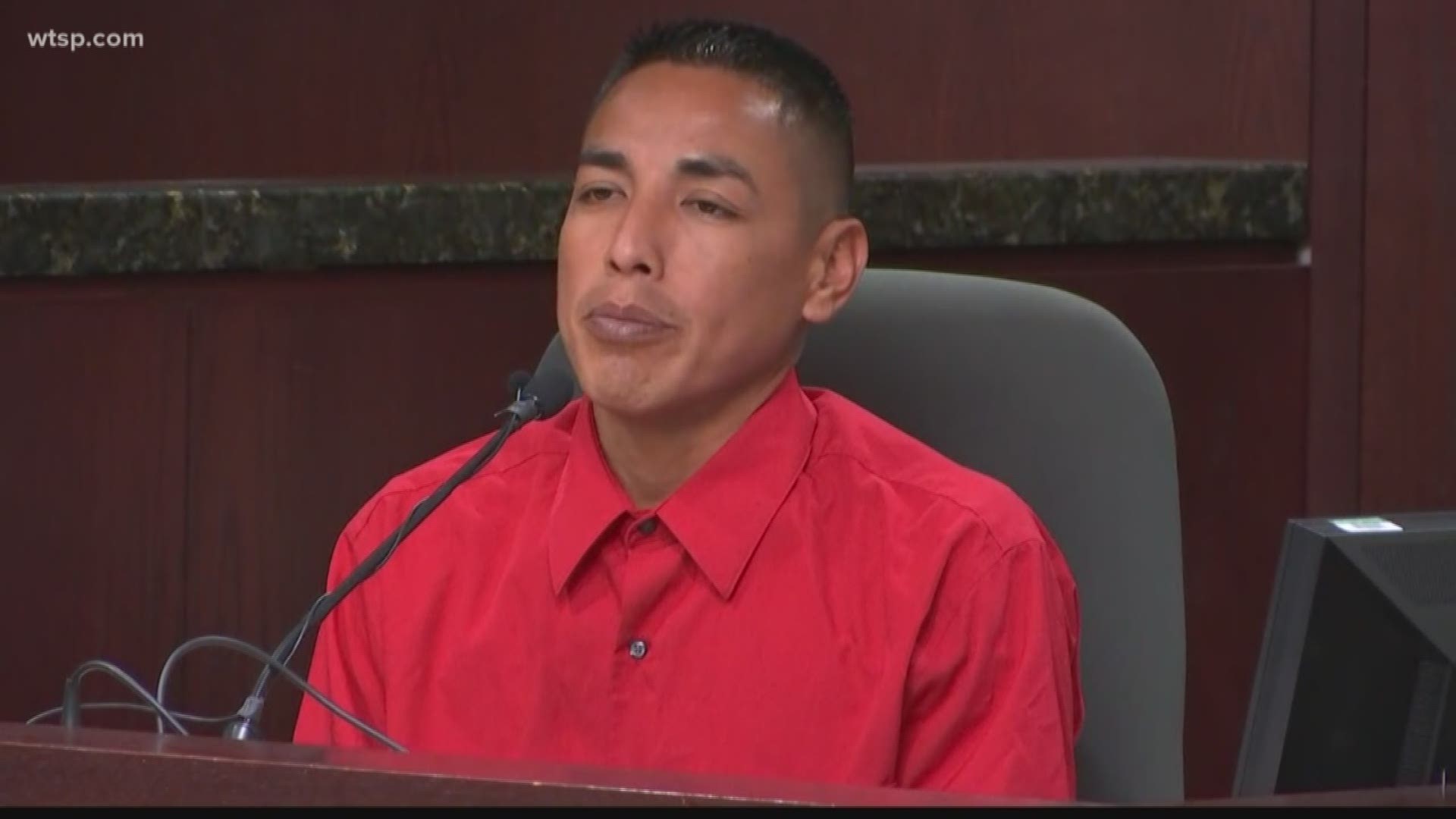 TAMPA, Fla. — As the murder trial for Michael Keetley enters its second week, prosecutors asked witnesses to share details of what took place during the early morning hours on Nov. 25, 2010.

After being robbed and shot on Jan. 23, 2010, prosecutors say Keetley sought revenge on the people who he thought were responsible for the crime. Ten months later, during the early morning hours of Thanksgiving, Keetley is accused of shooting six people he believed robbed and shot him.

Sergio Gultron and Juan Gultron died from gunshot wounds, and four men were left with injuries.

During Monday's testimonies, two survivors shared details of what they experienced when Keetley allegedly pulled the trigger. As fate would have it, Jose Rodriguez walked away without any injuries. He shared what he remembered with the court.

“Juan got shot first,” said Rodriguez, who explained Juan fell on top of Rodriguez after he got shot and that’s probably what saved him.

Daniel Beltran, who also survived the shooting, wasn’t as lucky as Rodriguez.

When Beltran saw a van passing by the house several times, he felt something wasn’t right. When the man parked and got out of the van, Beltran said he and his friends noticed a police badge around the Keetley’s neck. They believed the man was a real police officer.

Beltran recalled that Keetley asked which one of them were Kreeper, someone who Keetley thought shot him. “He ain’t here,” Beltran said. “He lived across the street and a couple of doors down.

“I wanted to point to where Kreep’s house was but I didn’t get a chance to.”

Beltran didn’t get a chance to point out Kreep’s house because the situation escalated when Keetley allegedly asked the six men for their identification and ordered them to get on the ground. “He used an aggressive type of tone,” Beltran explained to the court.

With a tremble in his voice, Beltran continued to share his story of what happened. “I saw Richard [Cantu] get shot in the back of the head. The blood splattered on my face.”

As the court sat silent, Beltran continued to explain what happened when the gun was turned on him. “He shot me in my chest. He saw I was still moving. I was trying to get away. He pumped [the gun] and shot again. I thought he hit my head, but the bullet just grazed me.”

Beltran found the energy to get out of shooting range. He remembered the gunshots stopped for a moment, then he heard more shots fired. “I’m thinking, ‘man, he’s going to kill the rest of them.’”

When Beltran was shown a series of photos, he failed to identify Keetley as the shooter.

Detectives said the six people Keetley shot -- including the men who died – were not involved in the initial attack on Keetley.

Keetley, now 49, has been in jail for nearly 10 years. His case has been held up due to several legal issues. In 2019, the state attorney decided not to pursue the death penalty in the case.