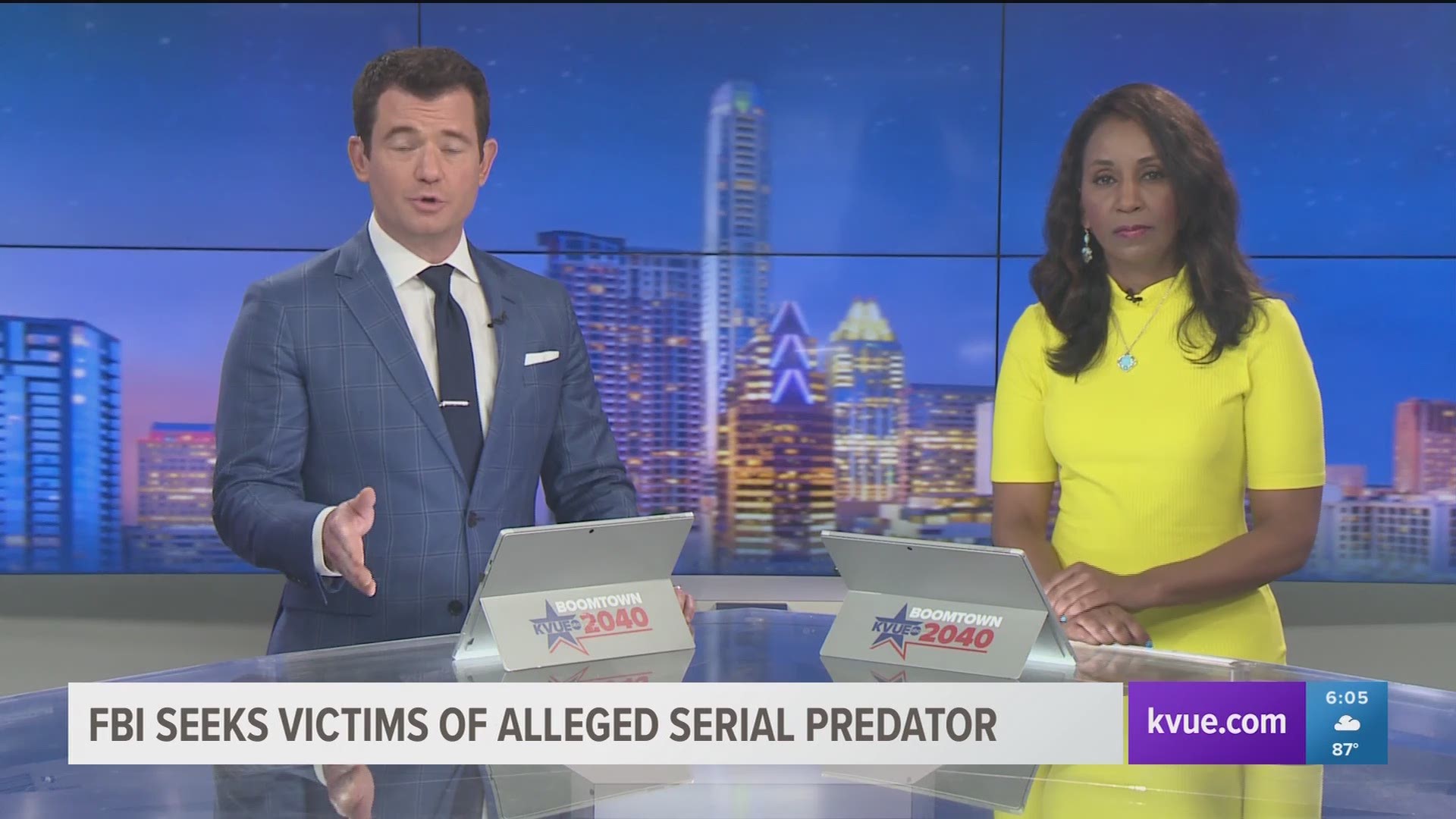 AUSTIN, Texas — A Lakeway man faces 505 years in federal prison after being indicted for producing, distributing and having child pornography.

According to law enforcement, Luann Fabric Campos Leao Hida, 25, is accused of supplying vape pens and alcohol to minors in exchange for sexual acts.

The victims are from Travis and Hays counties.

The crimes Hida are accused of can only be described as stomach turning.

But, in the images they saw, law enforcement said there are more victims – at least 20. They just don't know who they are.

"There's the class that we've seen but haven't been able to identify and there's all the unknowns," said Bash.

FBI special agent in charge, John Scata said, "as shocking as the number of victims are that we know about, at this point we are concerned that there are still other victims out there."

Authorites said Hida used social media to communicate with his victims using the messaging app, WhatsApp. They said he went by "the Lotr," or the Lord of the Rings.

"I would encourage all parents to watch the social media on your children's phones, to keep an eye on the communications they're having out there. A lot of social media was used, which we cannot go into in this investigation," said Sheriff Culter.

Authorities said if parents discover that their child had contact with Hida, even before 2014, parents should still contact the FBI.

Law enforcement said they encourage all parents to watch social media contacts with their children as much of the victims in the investigation made contact through social media.

Police asked that if parents believe their child or another child may have been in contact with Hida, please contact the Austin FBI by email at TXLOTRvictims@fbi.com.

Hida was arrested by police back in August 2018 on similar charges and now faces an additional charge of aggravated sexual assault of a child, a first-degree felony.

One victim, a 14-year-old boy, said he knew Hida by his social media name, "The LOTR."

According to an arrest affidavit, the victim told officers he saw the suspect had been arrested for a similar crime on TV.

The victim reportedly contacted Hida using the social media platform Snapchat. Police said he met Hida on three or four occasions to exchange money for the Juul pods, according to the affidavit.

The affidavit states that on the victim's last time meeting with Hida to get the vape pods, Hida said he could get the pods for free in exchange for sexual acts.

The victim agreed and the two got into Hida's vehicle where Hida performed sexual acts on the victim, police said.

According to the online database for Hays County, Hida is still being held in jail with bail set at more than $775,000 for all of the charges that have added up since August 2018.

Police said this case was brought as part of "Project Safe Childhood," which is a nationwide initiative to combat the epidemic of child sexual exploitation and abuse, launched in May 2006.

You can find out more about how the FBI is looking for more potential victims of Hida by clicking here.

He choked on a chicken bone. Doctors missed it twice. 2 weeks later, he died.

VERIFY: No gold star on your license? Here's what that means for Texans