Man accused of starting motorcycle gang shoot-out on I-4; woman dies after being shot 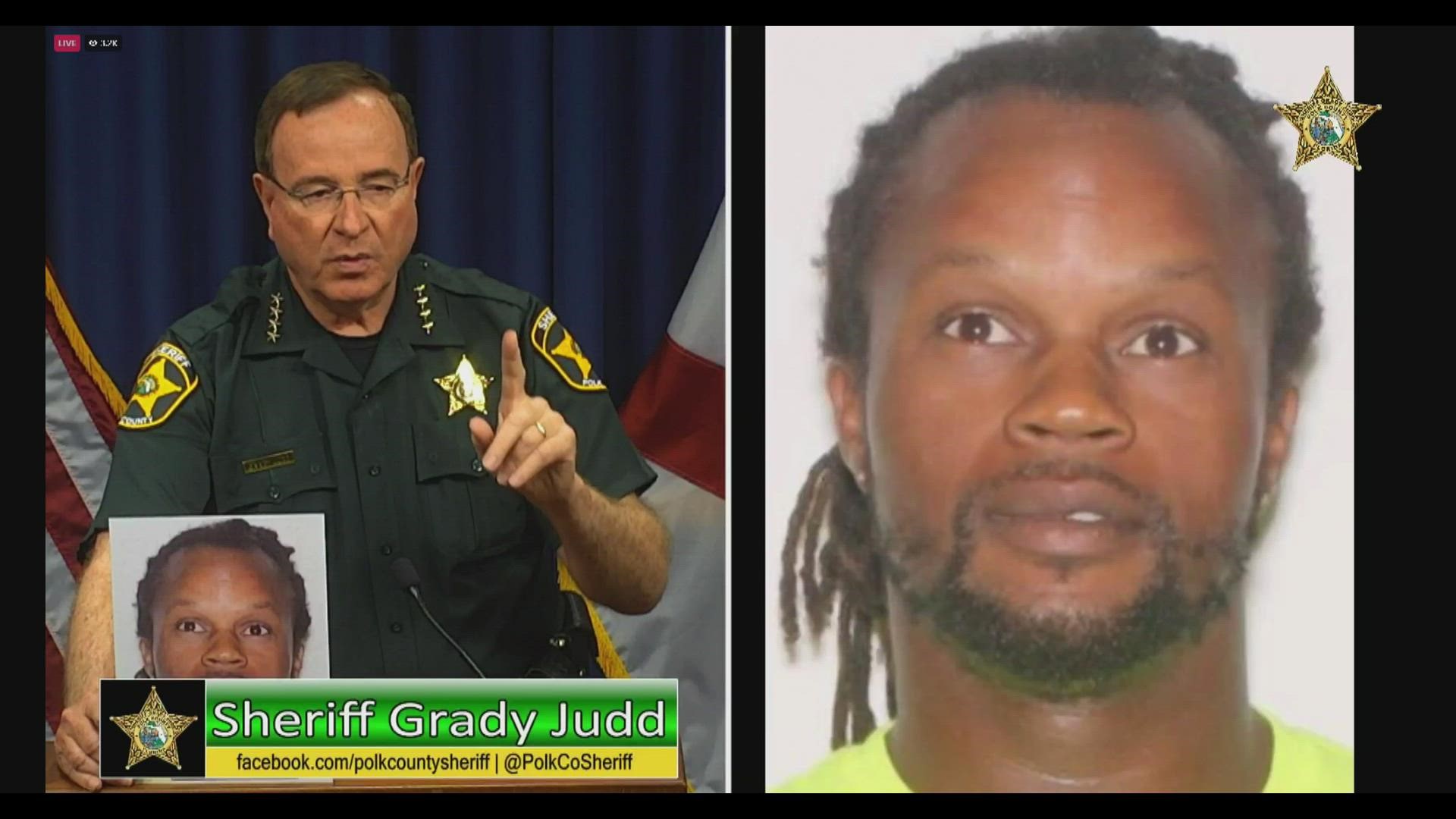 POLK COUNTY, Fla. — It was like an old western movie with "outlaws chasing each other through the countryside and shooting at each other," Polk County Sheriff Grady Judd said.

Judd, known not to mince words, held a news conference Friday to describe a wild shoot-out that happened Friday morning on eastbound I-4.

According to the sheriff, 38-year-old Ronald Donovan is a member of the Sin City Deciples Motorcycle Club. Donovan, Judd said, was riding toward the Orlando area with at least two other motorcyclists just after 12 a.m. Friday.

According to Judd, two other bikers from another motorcycle organization, the Thug Riders, came along and passed them.

That didn't go over well, Judd said, explaining some "skirmishing" and 100-mph speeds followed. During all this, the sheriff said Donovan fired a gun from his motorcycle – striking a 36-year-old man from the Thug Riders.

The man shot told deputies that he "felt the sharp pain in the back" as he was shot and immediately returned fire, Judd explained.

A 33-year-old woman sitting behind Donovan was shot in the head, Judd said. The sheriff said she tumbled off the motorcycle, forcing Donovan to stop.

The woman, who had been friends with Donovan for 8-9 years, died on Friday, according to law enforcement.

Meanwhile, the 36-year-old man who was shot drove to a pizza shop and called 911.

Deputies and Florida Highway Patrol were dispatched. At this point in the investigation, Judd said it appears the 36-year-old man was acting in self-defense when he returned fire.

According to Judd, witnesses said the people involved in the shooting were wearing gang colors, but nothing indicating that was found at the scene. And, detectives are struggling to get people to cooperate with them.

"Nobody's telling us the truth," Judd said, explaining his investigators have been cobbling together all the information they can.

Bullet casings from three firearms were found scattered over a half-mile.

Judd said two empty gun holsters were with Donovan, but no guns were located.

A motorcycle was seen leaving the scene, which may explain the missing evidence, Judd said.

The two motorcycle groups didn't appear to have a rivalry or argument going on immediately prior to the shooting, authorities said. They just happened to all be riding through Polk County from the Tampa area around the same time.

Donovan was arrested and charged with two counts of battery on a law enforcement officer, two counts of resisting arrest, attempted first-degree murder, second-degree felony murder, possession of a firearm by a convicted felon and tampering with evidence.

“Retaliation will get you all locked up in prison for a very long time, and that’s a guarantee in Polk County,” Judd said. “I don’t recommend you doing it in any county, but stay out of Polk County.”

I-4 eastbound was shut down until about 6 a.m. Friday.

The sheriff's office is expected to provide further updates Monday.

You can watch the Friday news conference below: