Man arrested, accused of pushing 92-year-old woman to the ground

After the woman fell, police said she hit her head on a fire hydrant. 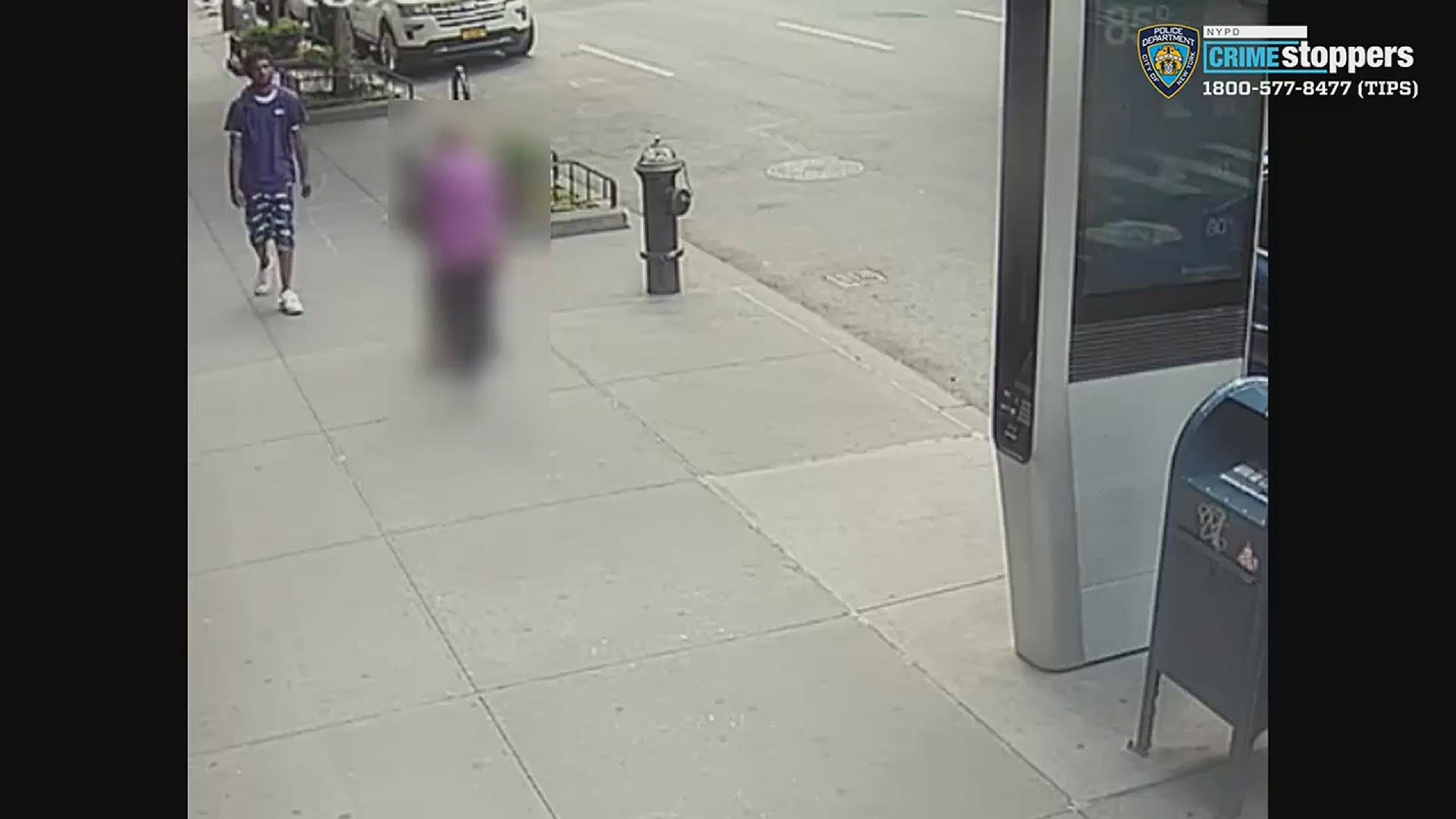 NEW YORK — An arrest has been made in connection with a random attack on a 92-year-old woman in Manhattan, police say.

Rashid Brimmage, 31, of the Bronx, was charged with assault after he was taken into custody Tuesday. The New York Post says Brimmage has been arrested more than 100 times in the past.

Detectives believe he is the man seen on disturbing video pushing the 92-year-old woman, named Geraldine, to the ground Friday afternoon.

NYPD released the video which shows the man push the woman as she walks by with a cart. Then she falls and hits her head on a nearby fire hydrant.

The video shows the man turn around to see what happened before he continues walking.

Geraldine is now home and told NBC New York she is feeling better.

"I'm so happy he was arrested. Boy, he should stay in jail and think about what he did. Try to change, and try to make himself better," she told the TV station.