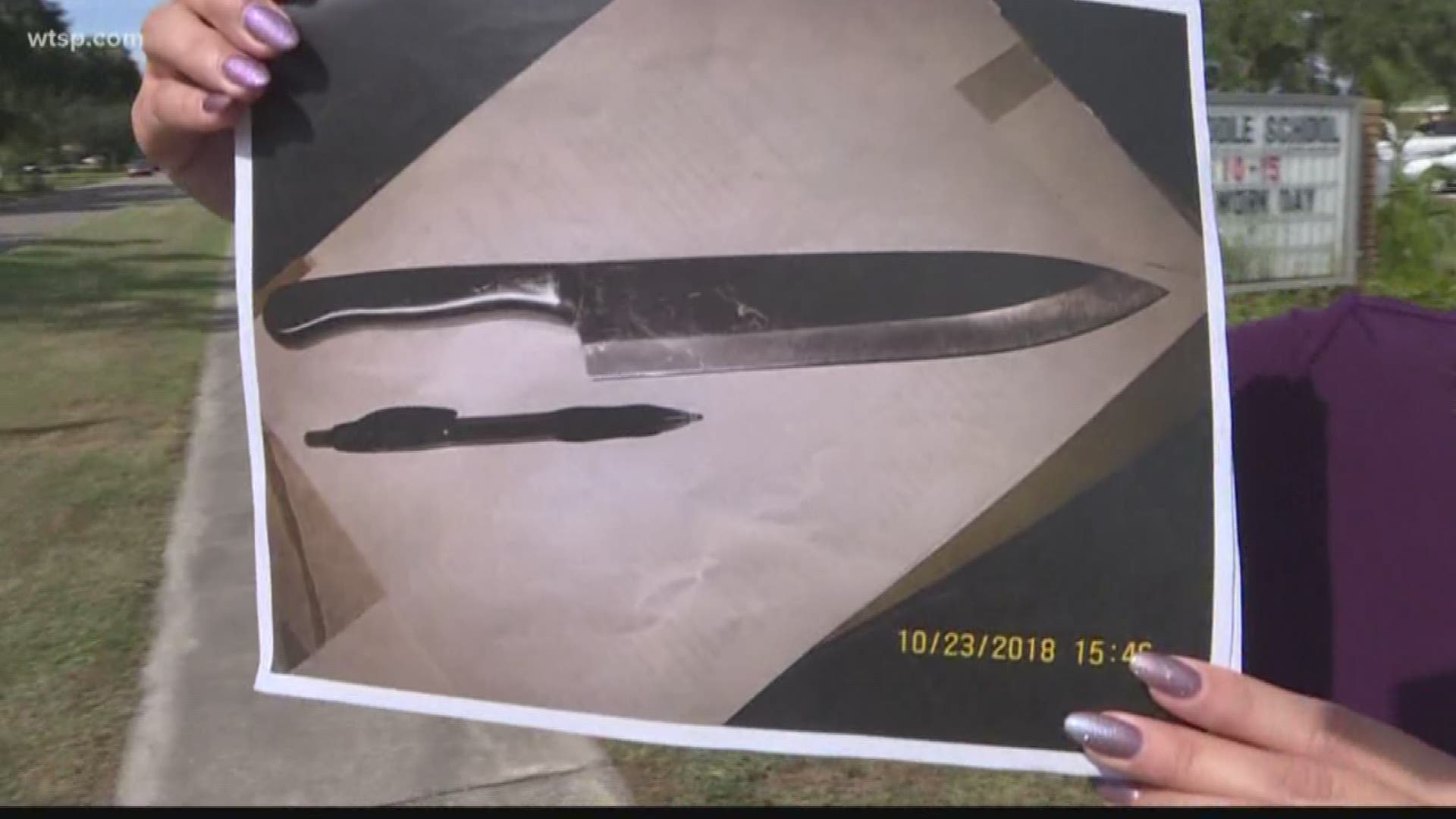 BARTOW, Fla. -- Two preteen girls are in custody after police say they plotted a knife attack at their school as part of a Satanic ritual.

The two Bartow Middle School students, ages 11 and 12, were armed with knives and planned to attack others at the school, police said. The school's resource officer was called to the principal's office around 1:30 p.m. Tuesday and was told about the students' plan.

Police said the two girls were found in a bathroom and believe they were getting ready to do the attack. The two "sat and plotted to do serious bodily harm," police said.

In a Wednesday news conference, police said the girls told them they are Satan worshippers and were willing to drink blood. Police said they've combed the girls' cell phones and social media accounts and found much communication regarding the plot.

The school district superintendent said the plan the district and schools had in place worked and prevented the attack.

Police and the school district said the two will be expelled, but that process has not yet been started. The pending charges include conspiracy to commit murder, carrying a concealed weapon and possession of a weapon on a school campus.