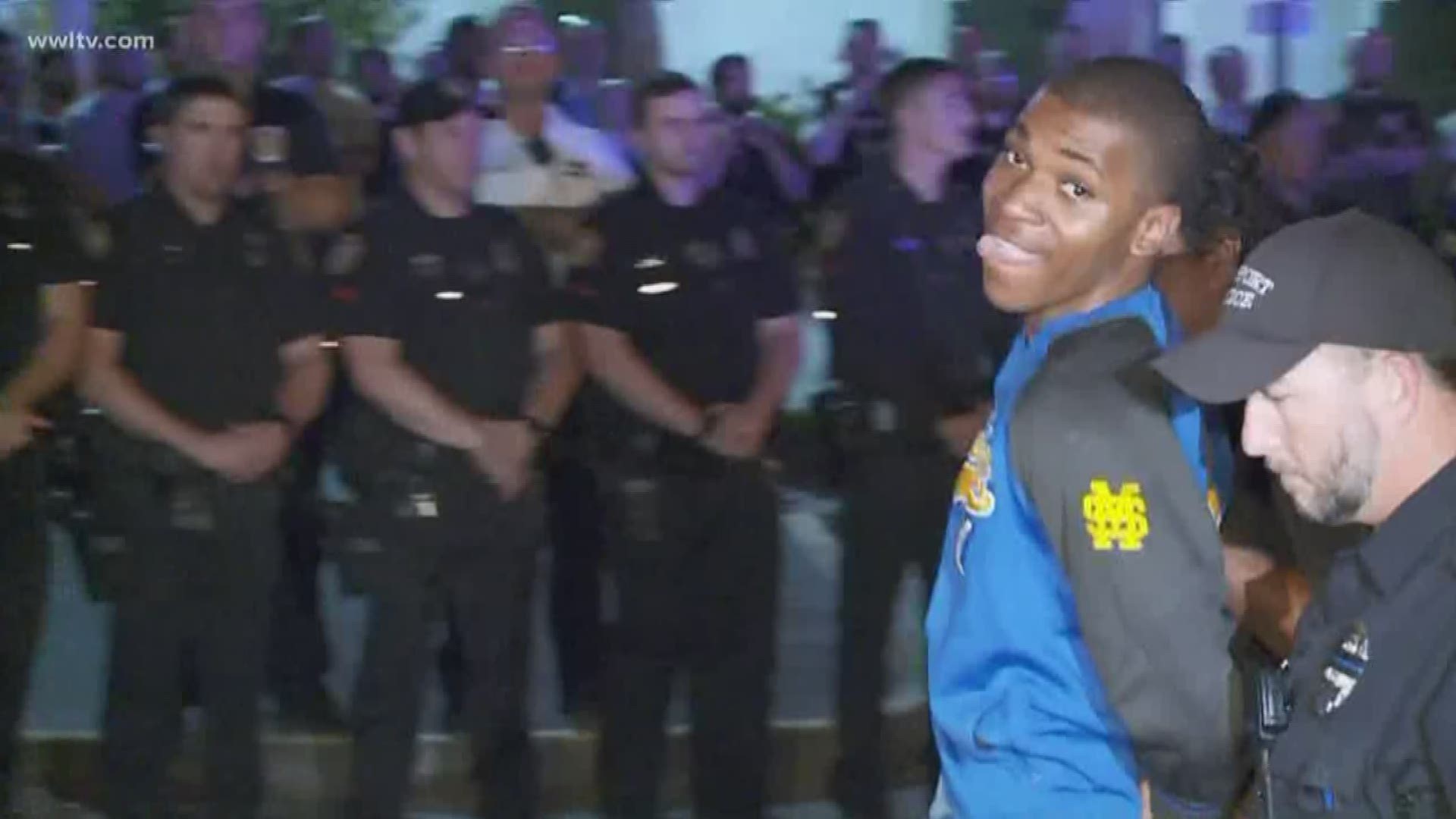 Monday night, 19-year-old Darian T. Atkinson was smiling as he walked in handcuffs into the police station as a line of law enforcement officers and a large crowd of onlookers watched.

Atkinson was arrested in Wiggins, Mississippi less than 24 hours after McKeithen was shot, Biloxi Police Chief John Miller said. His brother, 21-year-old Davian Atkinson, was later charged with accessory after the fact in the investigation.

Darian Atkinson is now facing capital murder charges and will be transported to the Harrison County Adult Detention Center once he is processed at the Biloxi Police Department. Miller said the focus now is on building a strong case against him.

Watch the full press conference below: 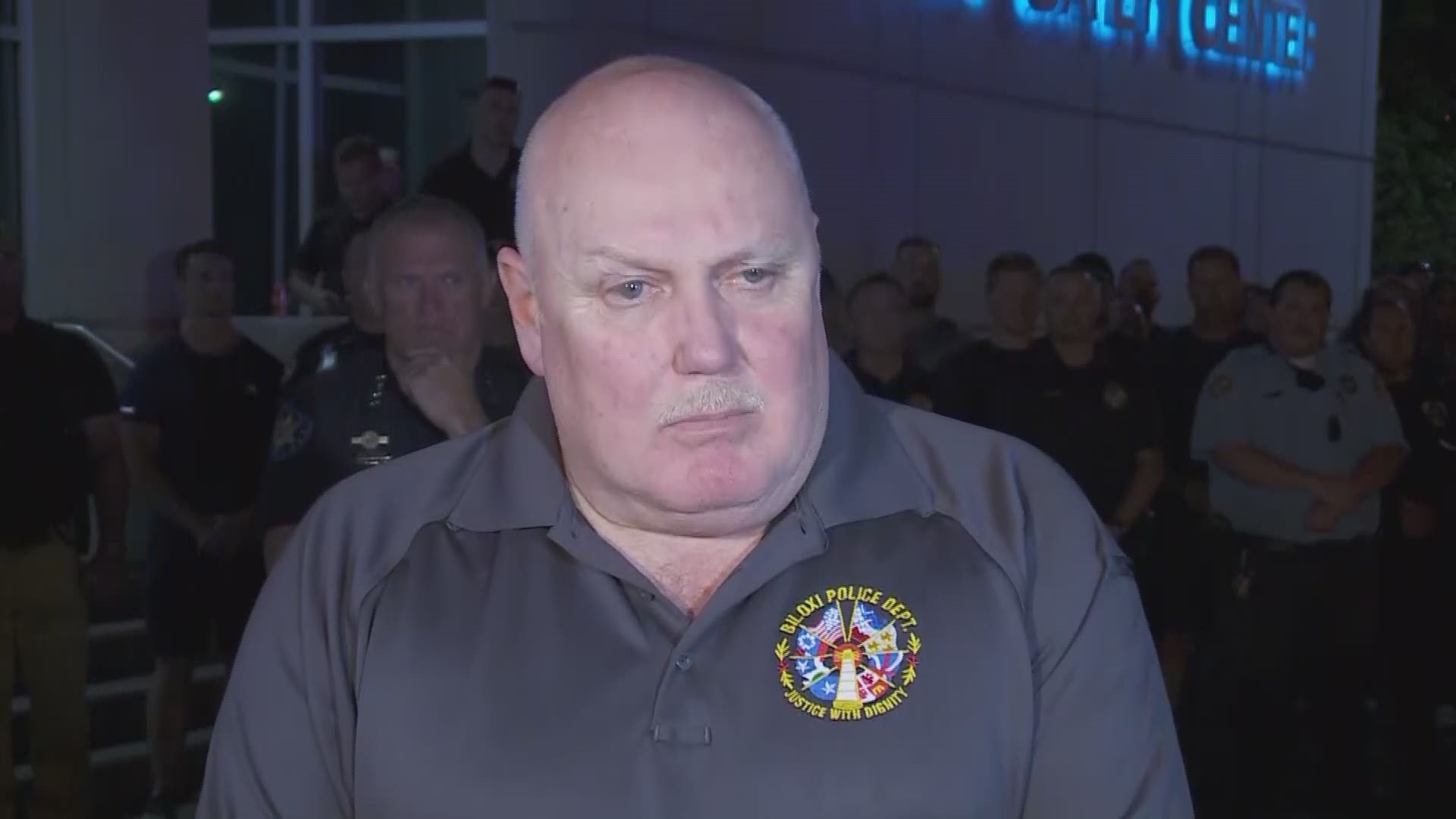 Authorities say the motive for the brazen killing of the 24-year force veteran McKeithen is still unknown.

McKeithen, 58, had worked on the police force for 24 years and was one of four officers awarded a medal of valor for saving the lives of four special needs children during Hurricane Katrina. He was also a U.S. Air Force veteran.

“He was a wonderful family man. That’s where he spent all of his time was with his family. He was a gentle man for a policeman. He was very gentle. Likeable. He treated people with respect and dignity and we’re going to miss him sorely,” Miller said.

McKeithen was planning on retiring at the end of the year.

"The animal that did this is still on the run. And we are going to do everything within our power to bring him to justice," Miller said Monday morning, before Atkinson's arrest.