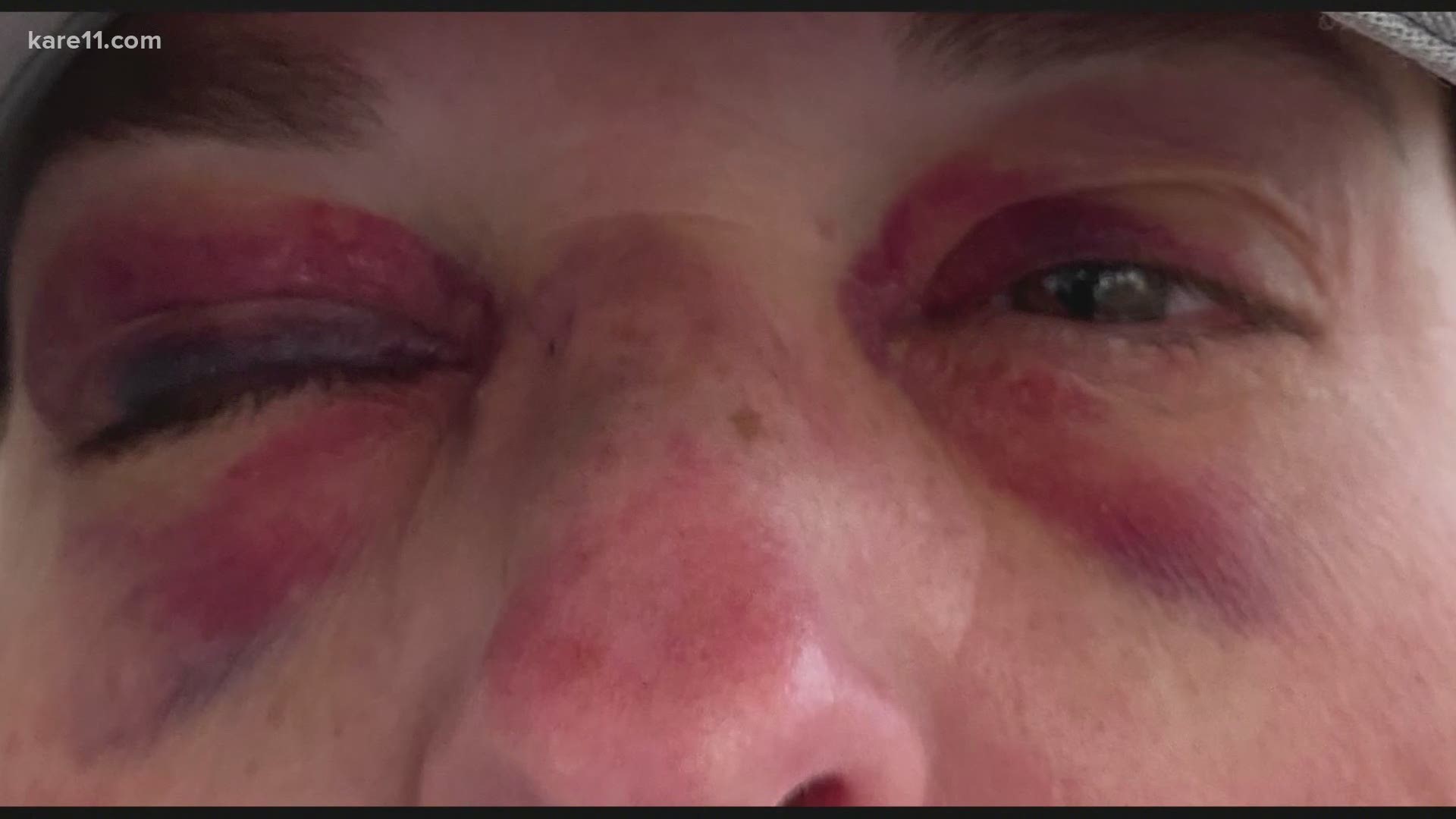 MINNEAPOLIS — A couple in Minneapolis are sharing their story after they say they were randomly attacked by a group of eight to 10 people downtown Friday night.

The couple, who did not want to identify themselves out of safety concerns, say it happened at the intersection of North 5th Street and 2nd Avenue in the North Loop just after 10 p.m.

Photos show the brutal injuries the man and woman say they received while spending a night “out on the town” Friday night.

“We were over by Cowboy Jacks, we were walking home from having an evening out with a couple of friends,“ says the woman injured in the attack. “There was a group of between eight to 10 people, crossed the street and came from behind, hit me first twice, broke my nose and then continued on to my husband and hit him,” she says.

Thankfully - the couple says a nearby friend witnessed the assault and called 9-1-1.

“Anytime we hear of an incident like this really, really disappointing, and one incident is too many,” says Steve Cramer, President and CEO of the Downtown Minneapolis Council.

Cramer says the agency is continuing to focus on public safety within the city. “We always have a program through the summer, Memorial Day and Labor Day, called joint beats, where MPD, Metro Transit PD and Hennepin County Sheriff’s Office have extra patrols,” says Cramer.

He says they’re working with a few law enforcement agencies to try and curb some of the recent violence.  “We are actually seeing a reduction in most categories in crime this year, not surprising, because fewer people downtown, but certainly downtown has not been immune from the one area that we have seen citywide, since Memorial Day and the killing of George Floyd, and that’s violent crime,” says Cramer.

While there are fewer people Downtown due to COVID restrictions, the couple says they will continue to go out and support local businesses in their neighborhood. The couple is now asking for more police presence Downtown.

Among the injuries suffered by the man and woman were a concussion, broken nose and bruises.

Police are still investigating the assault.