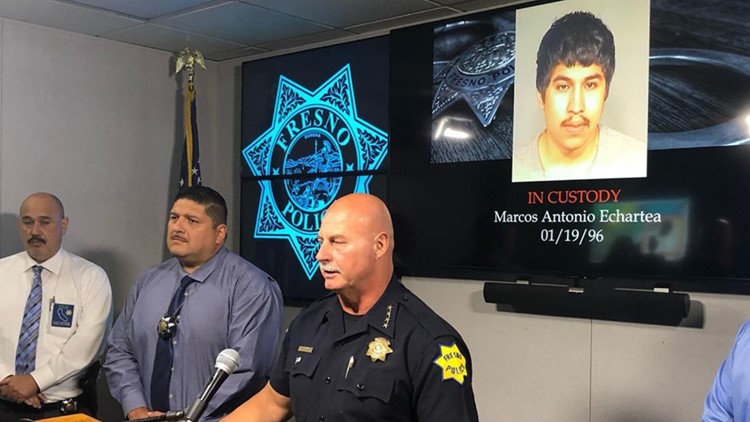 Police: Man shot baby in the head after child's mom rejected his advances

FRESNO, Calif. — A 10-month-old girl is in critical condition after she was shot in the head early Sunday morning, police said.

The baby, Fayth Percy, underwent surgery to remove bullet fragments from her head, Fresno Police Chief Jerry Dyer said at a news conference Sunday. She is in critical but stable condition.

The suspect, Marco Antonio Echartea, was arrested on suspicion of three counts of attempted murder, The Fresno Bee reported. He was also wanted for a shooting in May. It was not immediately clear if he had an attorney.

The child's 18-year-old mother had gone into a home with Fayth early Sunday morning, where she encountered Echartea and resisted his advances, police said. The mother and a male friend left the home and drove away when Echartea, 23, began shooting, police said.

"At some point when he got close, he pulled out a handgun and fired three rounds into the driver's side window, which was up," Dyer said. "One of those rounds struck baby Fayth on the side of the head as she was being held by her mother," Dyer said.