Gomez is described as an approximately 6 ft. tall Hispanic male with a thin build, short brown hair and a long goatee. 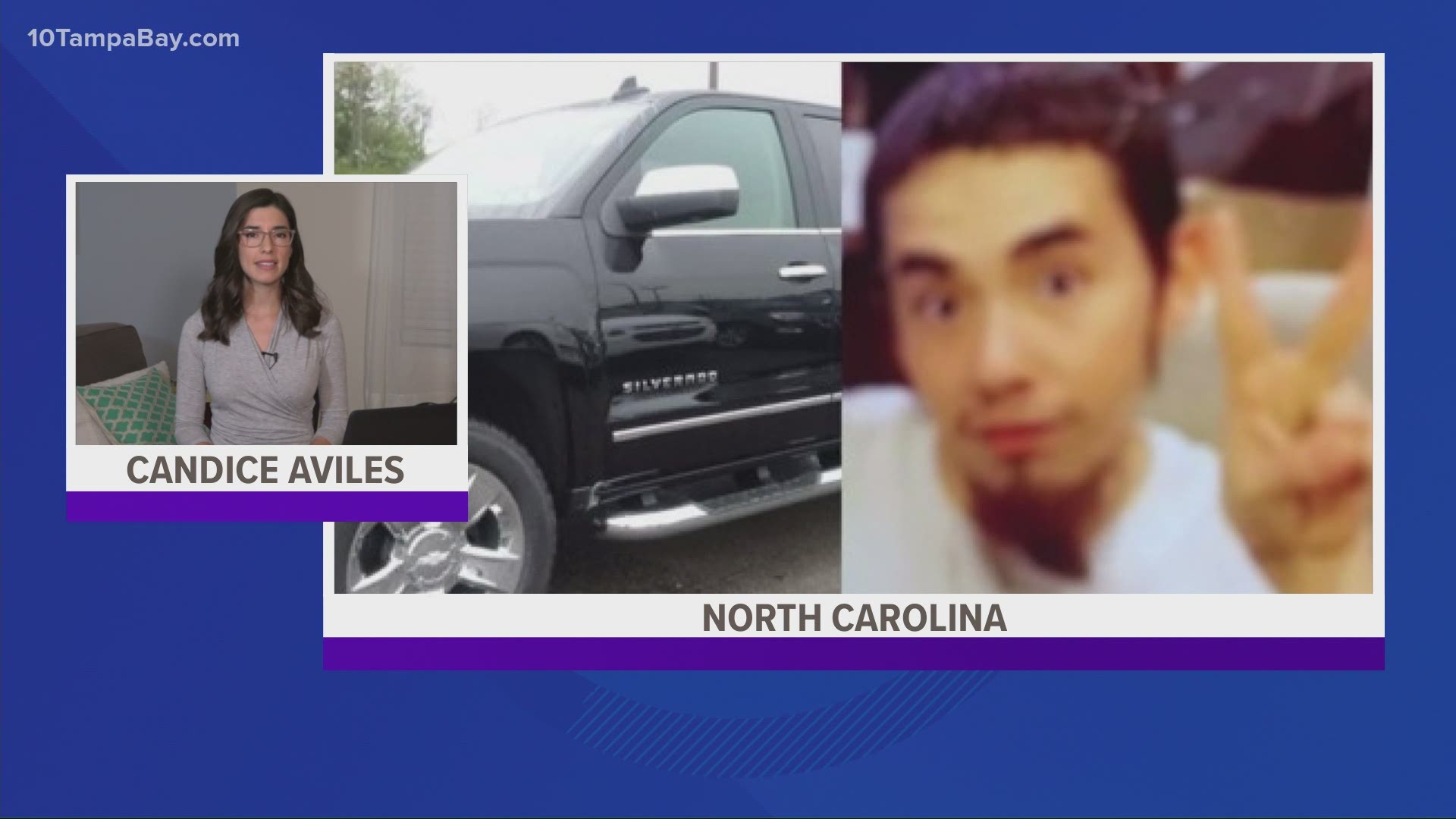 DURHAM, N.C. — The search is on for an "armed and dangerous" man accused of killing a Tampa woman while she was in North Carolina.

According to the Durham Police Department, officers were called out for a homicide investigation in the early hours following Christmas.

When officers arrived, they say they found Jessica Cortez Luna, 28, of Tampa dead inside the home.

Now, police say they are looking for 28-year-old Jorge Maya Gomez, of Tampa for her murder.

Gomez is described as an approximately 6 ft. tall Hispanic male with a thin build, short brown hair and a long goatee.

According to police, he was last seen leaving the scene in a black 2016 Chevrolet 1500 Silverado truck with NC license plate HEW-3881.

"Gomez is considered to be armed and dangerous," police said.