Polk County Sheriff Grady Judd says the Internet has made it easier for sexual predators to prey on children. 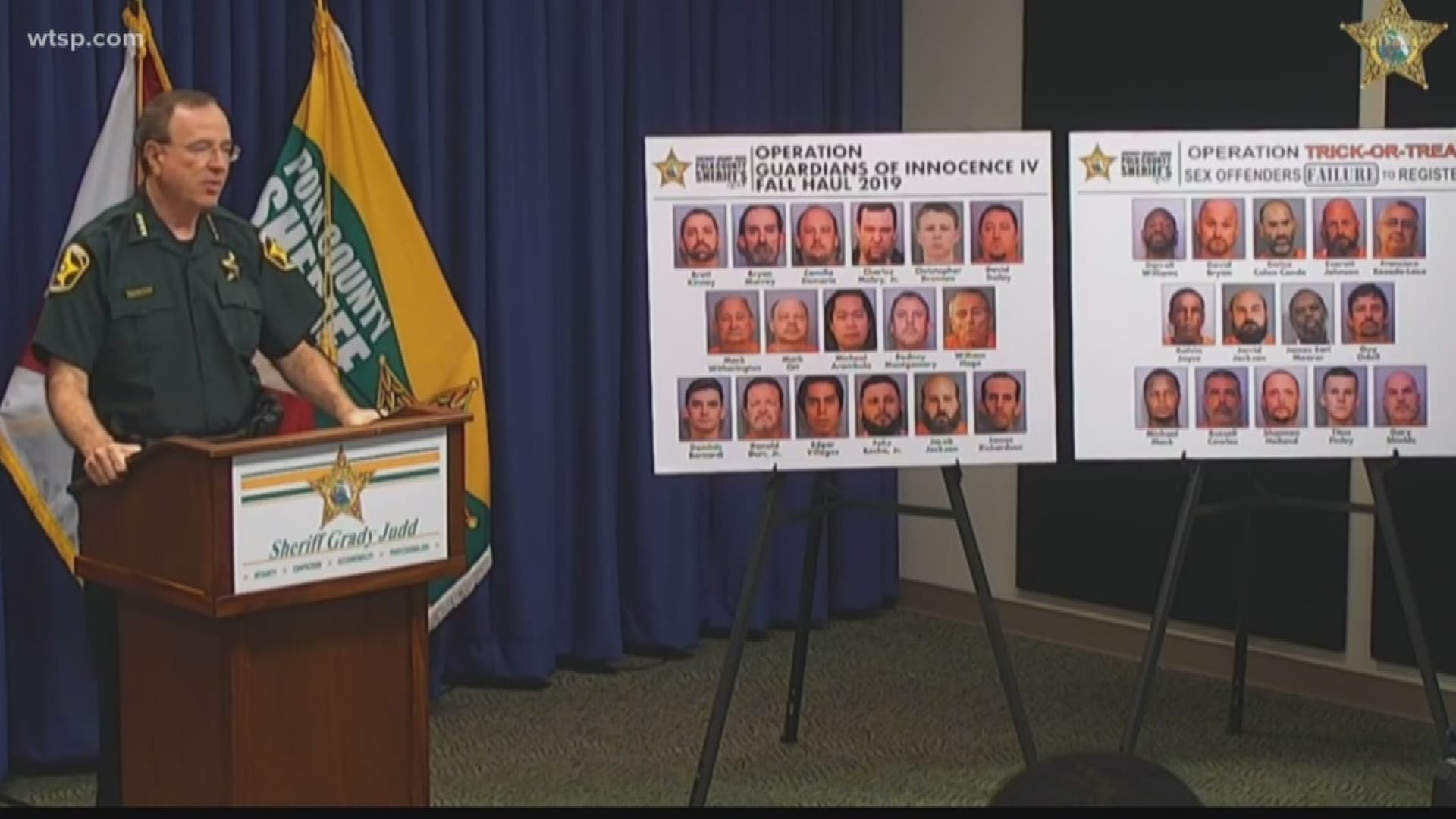 The youngest person arrested was 19-years-old, while the oldest was 77-years-old.

That's why Judd says his team is dedicated to sending these people to prison and then tracking them closely when they're released. He believes their perversion can only be controlled by prison time and medication when they're on probation.

RELATED: What is the dark web and why can't investigators stop it?