Deputies said a woman was injured by gunfire and another man was killed before the standoff even began. 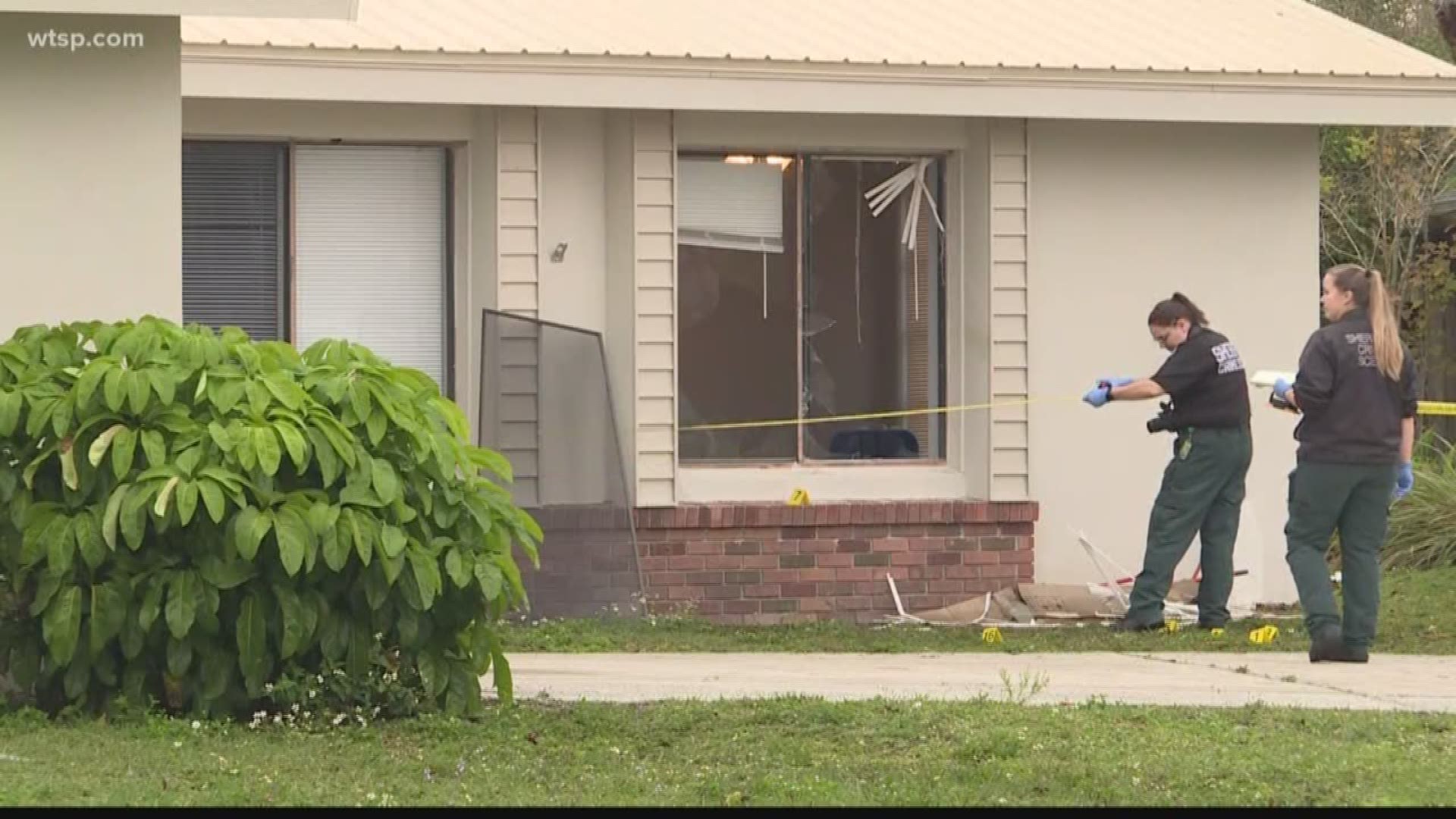 POINCIANA, Fla. — He went by the name “Shorty.”

Deputies say he shot two people. One of them was found dead in a driver’s seat.

It was 7:23 p.m. Sunday when emergency dispatchers’ phones lit up with multiple 911 calls.

The callers said they heard screaming and gunshots.

They believed the shouts and gunfire were coming from the area of Finch Lane in Poinciana – an unincorporated part of Polk County.

Deputies sped to the scene. There, they found a gray Nissan Altima parked in the road. Investigators say 40-year-old Orlando Riviera-Vasquez was dead in the driver’s seat. His wife, who was also inside the car, had been shot. She was still breathing.

The woman told deputies “Shorty” shot her and Riviera-Vasquez before speeding away in a silver car. Detectives later identified “Shorty” as 40-year-old Rudy Arenas.

Polk County Sheriff Grady Judd said Arenas had called Riviera-Vasquez to say he “had something to show him.” Deputies say they met up, and Arenas pulled out a wad of cash. According to law enforcement, Riviera-Vasquez said he didn’t have time for anything because he was in the car with his wife and needed to pick up his children.

Authorities pulled over Arenas nearby. But investigators say he ran into a relative’s house on Wood Lane – still armed with a handgun that detectives said he stole from somebody else. Arenas barricaded himself inside the house and “repeatedly” told deputies he would shoot them and – or himself – if they approached, according to the sheriff’s office.

Nobody else was in the home. Deputies say Arenas locked himself in a bathroom.

The Polk County Sheriff’s Office SWAT team spent four hours at the home, as negotiations dragged on through the evening and into the early morning hours.

The sheriff’s office said Arenas held the gun to his head – more than once.

Around 3 a.m. on Monday, the SWAT team tried two tactics to end the standoff. They deployed gas canisters and beanbag rounds in an effort to get Arenas into custody on warrants for first-degree murder and attempted murder.

While trying to get him to come out of the bathroom with his hands up, deputies fired beanbags that hit Arenas and caused him to drop the gun.

Investigators said he then picked the gun up off the floor and “began moving it up to a firing position.” That’s when three SWAT members fired their own agency-issued guns – striking Arenas, who died at the scene.

No deputies were hurt. They say they recovered the stolen gun – with a round chambered.

The sheriff’s office has opened an internal investigation into the shooting, which is standard practice in these cases. The State Attorney’s Office will also conduct an independent investigation and review of the shooting.

Arenas’ criminal history includes 17 previous arrests in three states. His arrests were for everything from drug charges to felony shoplifting, firearm possession, eluding police and burglary.