1 dead, others injured after suspect refuses to stop during attempted traffic stop in Louisville

Police are searching for a suspect after a traffic stop on Dr. W.J. Hodge Street turned pursuit ended with one person killed Tuesday evening. 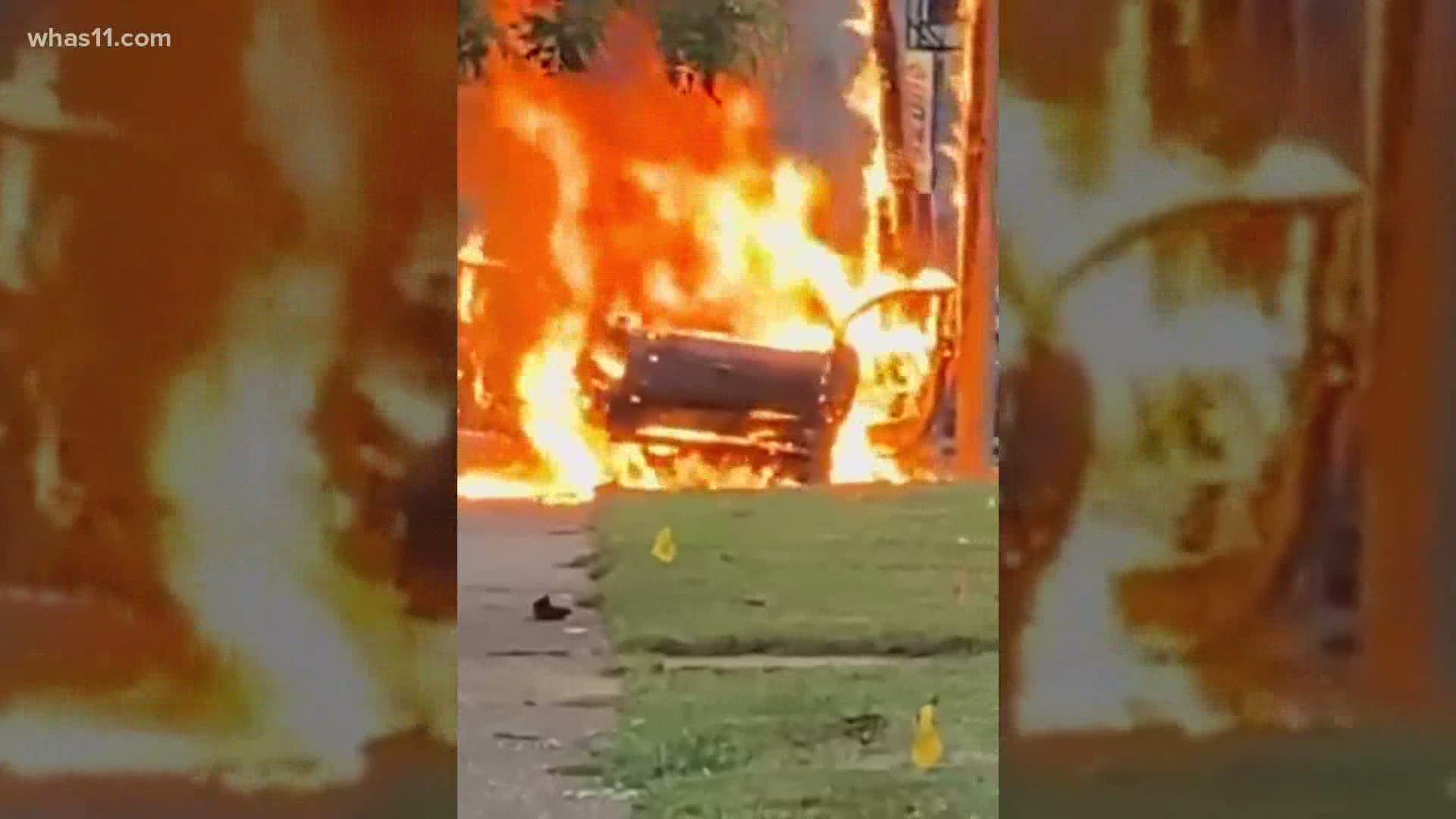 LOUISVILLE, Ky. — Louisville Metro Police are still looking for the suspect after a traffic stop, turned into chase that ended in a deadly crash. The incident happened in Louisville's California neighborhood.

A spokeswoman for Louisville Metro Police (LMPD) said officers attempted to pull over a vehicle around 8:45 p.m. on Dr. W.J. Hodge. Police said the driver of the vehicle refused to stop and drove away.

Police said the driver made it a little further before he caused a crash at the intersection of Dr. W.J. Hodge and West Broadway. That crash resulted in the death of another driver and injuries to others. The number of those impacted was unclear.

Witnesses described a scene that was shocking to them.

"It was just a big inferno ball when it exploded. The car bounced and you could see little sparks and flames. And thirty seconds later it was in flames, just engulfed," Keith Taber said.

He was working outside of O'Reilly Auto Parts when the collision happened.

Police say the suspect ran away and they recovered a firearm from his vehicle.

LMPD released a statement saying "The two things they can say with certainty are that the officers attempting the traffic stop made the determination to discontinue trying to stop the car and the suspect is still at large."

If you have any information that can help, you are asked to call the Anonymous Tip Line at 574-LMPD (5673). You can also send an email through the department's online form.