Ray Jefferson Cromartie was originally scheduled for execution on Oct. 30 but a stay of execution pushed back the date. 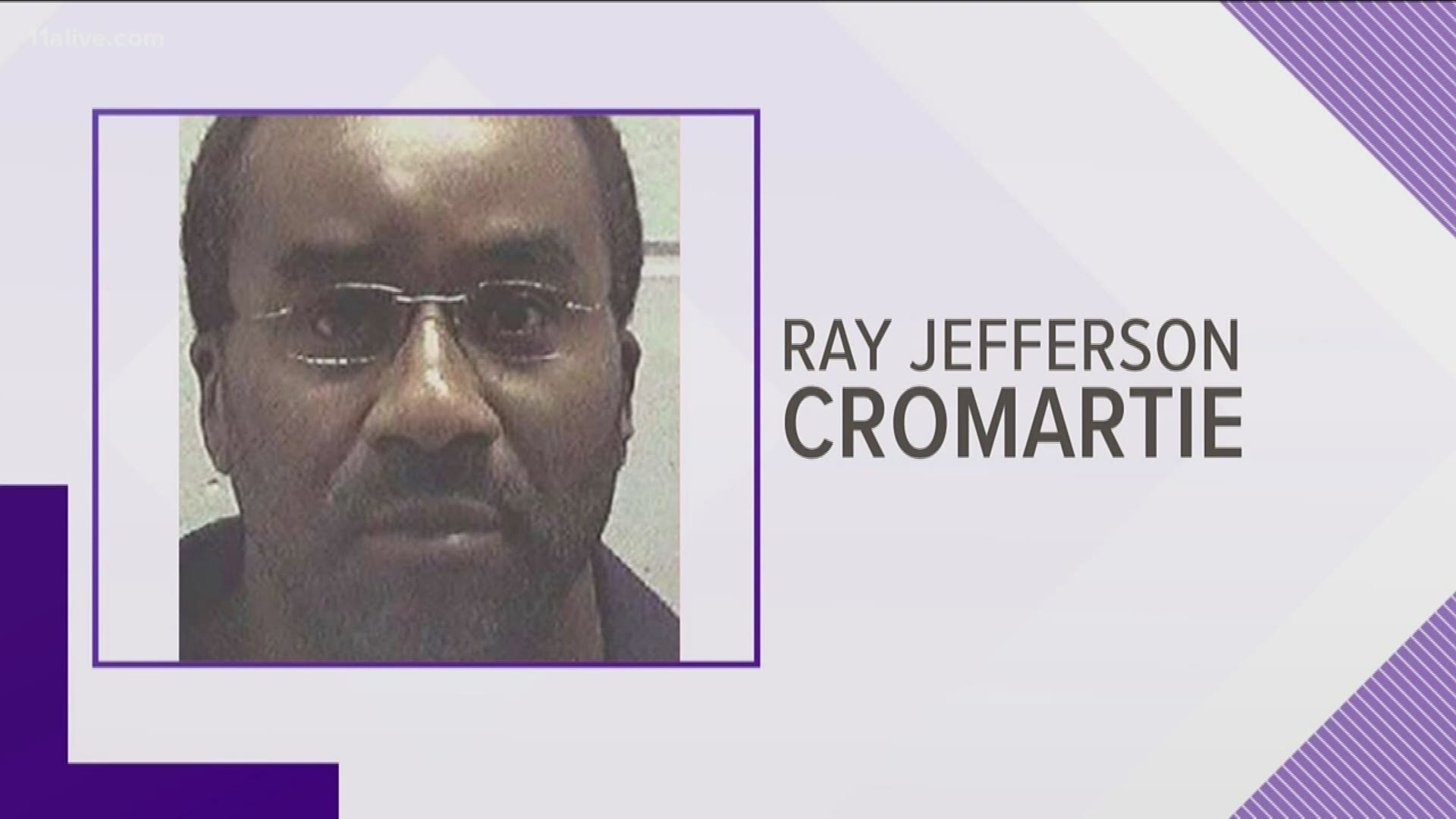 JACKSON, Ga. — A death row inmate in Georgia has gotten a rare second chance to modify his final meal due to a stay of execution that has since ended.

Ray Jefferson Cromartie is scheduled to die by lethal injection at the Georgia Diagnostic and Classification Prison for the murder of Richard A. Slysz of which he was convicted in 1997.

He was originally set for execution on Oct. 30 and had already chosen his final meal, but with the day postponed to Nov. 13, the Georgia Department of Corrections issued a second release with a different meal.

On Wednesday, the agency shared a new statement with a new final meal. This one will include steak, lobster macaroni and cheese, chicken sandwich, chicken caesar salad with ranch dressing, double cheeseburger, fries, red beans, strawberry milkshake, and apple juice.

Media witnesses for the execution have also been chosen and will include Kate Brumback with the Associated Press, Joshua Sharpe with the Atlanta Journal-Constitution, Desiree Carver with the Valdosta Daily Times, Asia Wilson with WALB and Robert Preston Junior with Broadcast South/DouglasNow.com.

According to the Georgia Department of Corrections, there have been 73 men and one woman executed in Georgia since the U.S. Supreme Court reinstated the death penalty in 1976.  Cromartie will be the 52nd inmate put to death by lethal injection if current plans move forward.

The agency says 46 men and one woman remain on death row in the state.