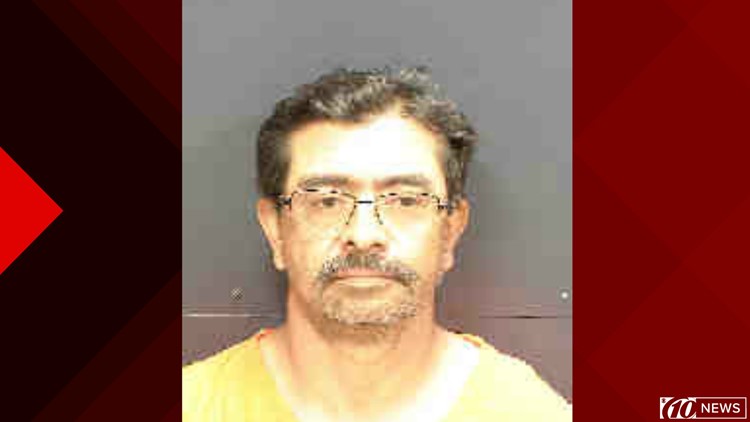 SARASOTA, Fla. — He was called to a woman’s home in Sarasota to do tree work and is now accused of sexually assaulting her. Police say they’re worried there could be more victim’s out there.

The Sarasota Police Department said Francisco Leyva, 49, was working at the woman’s home Thursday with Frankie's Tree Service. The woman said he knocked on her front door and when she opened he started to talk to her about the tree work, officers said.

Police said Leyva followed the woman into her house and started touching her from behind. She told Leyva that what he was doing to her was not okay and that her husband would be home soon.

Then the woman went to get her sleeping son from a nearby bedroom and Leyva started touching her again, police said. She told him to leave and he started to walk out.

But he told her she would be back, according to law enforcement.

That’s when the homeowner called 911.

Police arrested Leyva and said he admitted to going into the woman’s home and touching her inappropriately.

Anyone with information about this case is asked to call the Sarasota Police Department Criminal Investigations Division at 941-263-6070 or leave an anonymous tip with Crime Stoppers by calling 941-366-TIPS or online.