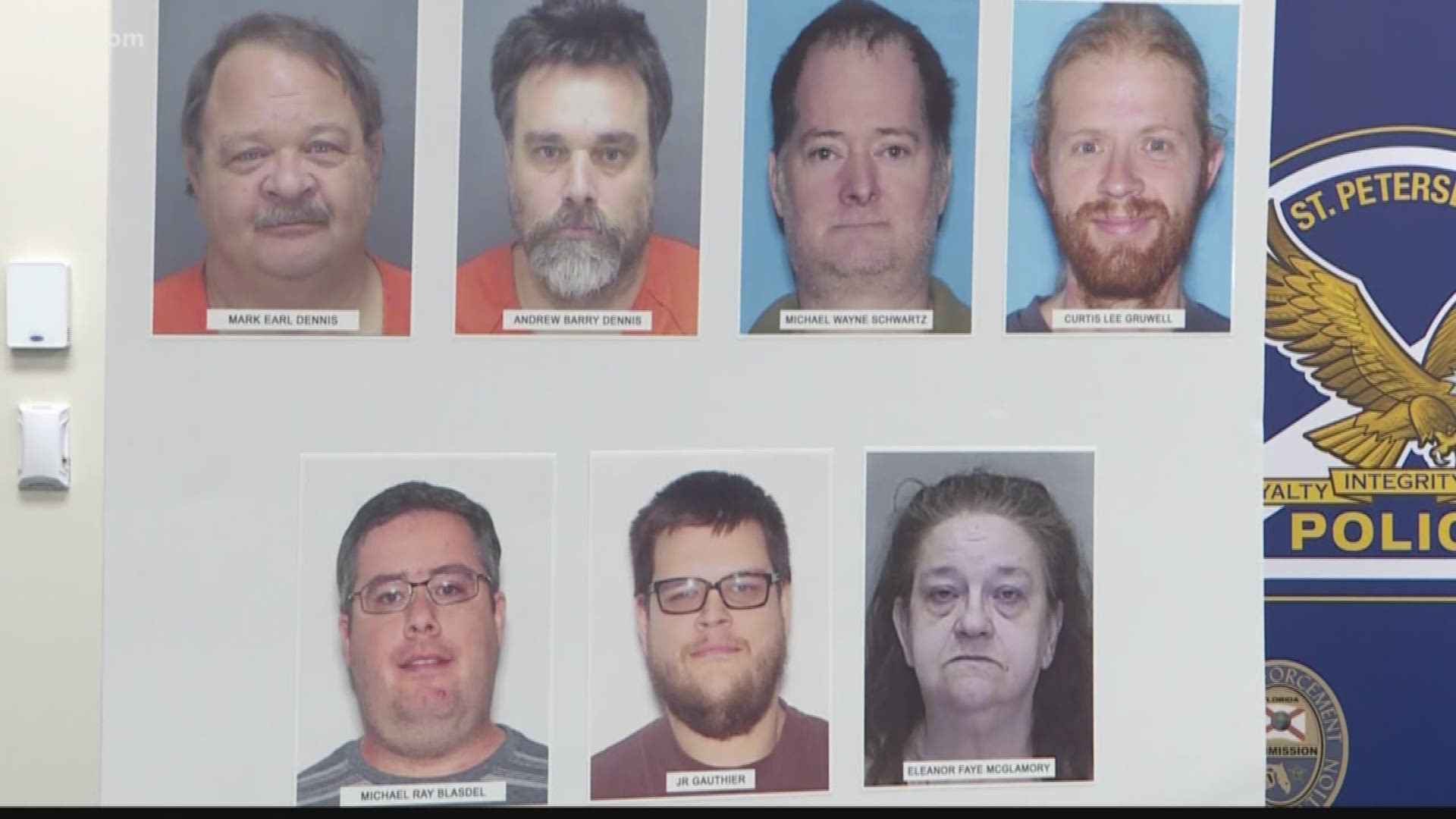 Investigators said on May 9, 2018, a Louisiana law enforcement agency contacted St. Petersburg police saying a missing 17-year-old boy from Louisiana was at a mobile home in the Silver Lake Mobile Home Park. The teen was lured through online gaming app Discord, which the suspects used to coordinate picking up the teen and driving him to St. Petersburg, investigators said.

When officers came to the mobile home, they found another missing teen boy living in the same trailer with four adults, Mark Earl Dennis, Andrew Barry Dennis, Curtis Lee Gruwell and Michael Wayne Schwartz. Investigators say Mark Dennis claimed to be the 16-year-old's father but had no documentation.

Both teens were taken from the home.

The 16-year-old, who had been living at the home for almost a year, was "lured with the promise of a better life" but "instead he was moved into a filthy trailer and lived with four men," investigators said at a Monday news conference.

According to a release from investigators, for the next year the teen was "introduced to sadomasochism and used as a sex slave by Mark and Andrew Dennis, Gruwell, Schwartz and their associates Michael Ray Blasdel and JR Gauthier." Investigators said during this time the teen did not attend school or get medical care.

"These adults preyed on these children, and now they will pay for their crimes," St. Petersburg Police said.

Investigators said the 17-year-old was returned home to Louisiana. The 16-year-old from Marion County is receiving specialized care and is back in school.