In this week's Crime Tracker 10 report, we look at the growing problem of shoplifting across the Tampa Bay area. 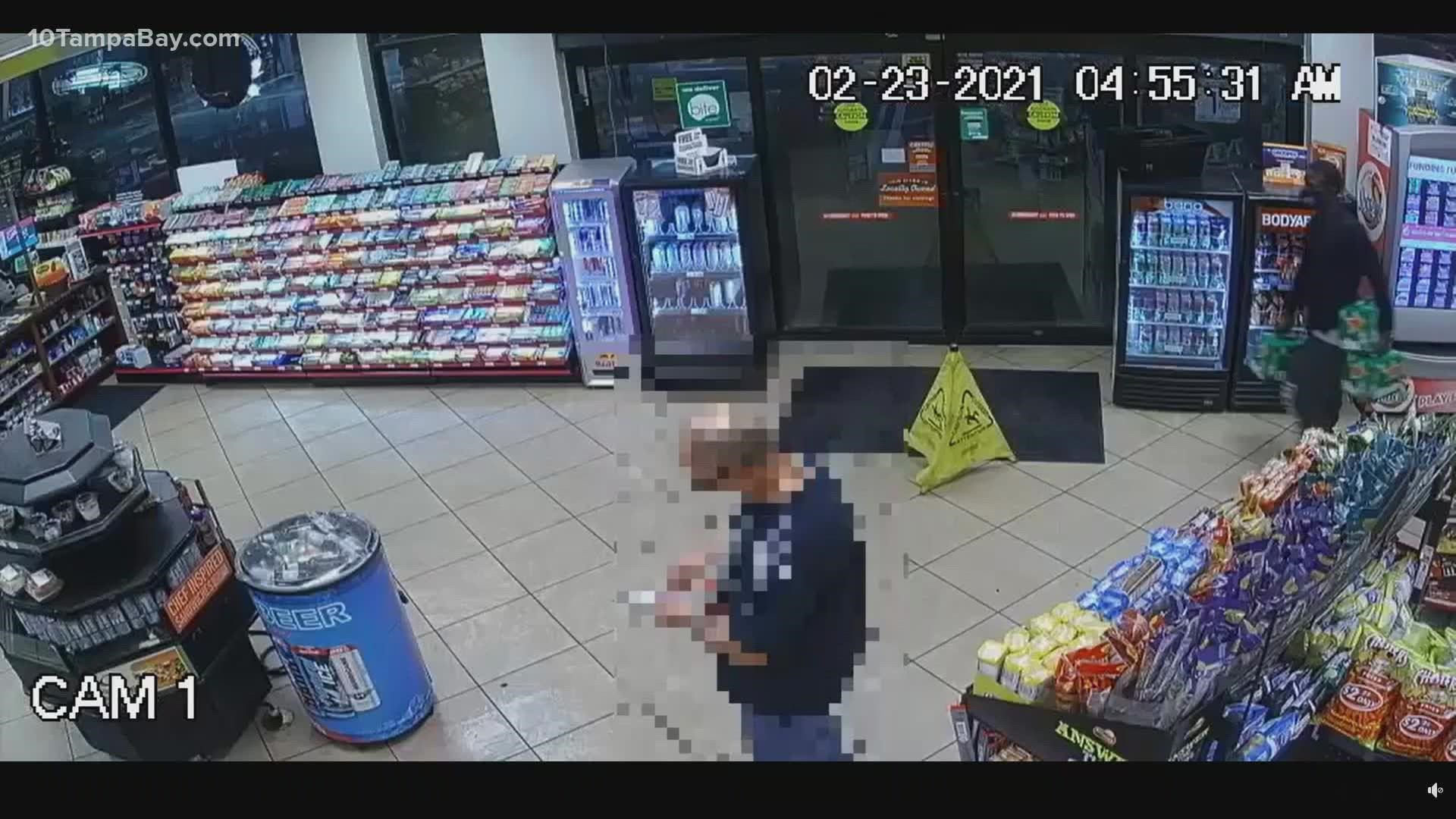 TAMPA, Fla — Every 10 seconds, consumer experts estimate there’s another shoplifting incident in the United States. Sometimes the items taken are something as small as a pack of gum. In other cases, it’s something more expensive, like a designer handbag. And more and more often, brazen teams of thieves are teaming up, targeting stores in professional heists known as "organized retail crime."

CrimeTracker 10 has been crunching the numbers. We found Bay area sheriff’s agencies reporting steady rates of shoplifting across the Bay area, with increases from 2018 to 2019, a dip in 2020 - likely due to the COVID-19 pandemic - and now shoplifting once again on the rise.

Security cameras show the crimes in action - quick and easy, but not victimless.

Data from the National Association for Shoplifting Prevention (NASP) shows shoplifters are caught, on average, only once in every 49 times they steal – yes even locally here in the Bay area.  Even then, the cases are often not reported to law enforcement or pursued by prosecutors.

“Before they’re caught the next time, they’ve stolen about $1,800,” said Barbara Staib, the communications director for NASP.

And while stores may try to add security teams and cameras, much of the money spent on prevention gets passed on to the consumer.

Some experts suggest consumers can expect an increase in costs on all things they buy upwards of 20 percent due to the crime.

With an estimated 550,000 shoplifting incidents every day, that loss is costing stores in the U.S. $50 billion annually.

That’s not the way it works in Polk County, Sheriff Judd says. He says anyone caught shoplifting in Polk is immediately held accountable.

“We don’t do a notice to appear, even if it’s a misdemeanor, and let you walk out of that store. You leave that store in handcuffs and you go to jail. You’re not going to steal in this county," Judd said.

And while across the Bay area there are plenty of arrests to report, in many cases there’s no follow-through on shoplifting, because these crimes a lot of times are being carried out by repeat offenders.

The Hernando County Sheriff’s Office shows 170 repeat offenders over the past 4 years.  One suspect in 2019 was arrested 19 times. Another person this year, already racking up 9 arrests.

“They just cycle through the system. They’re chronic offenders,” said Staib. Brazen criminals who walk right into stores and just take whatever they want.

Sheriff Judd started the Organized Retail Crime Task Force in 2012 and it has resulted in the arrest of 885 suspects accused of “organized retail theft.” But that’s just one area. What does ‘shoplifting’ and its impact look like directly around you?

Here’s a look at the shoplifting numbers from across the Tampa Bay area:

We have not received stats back from Pinellas, Pasco, Manatee or Citrus County.