'It took him about 30 to 45 seconds after constantly giving him those verbal commands for him to react at which he put his hands up.' 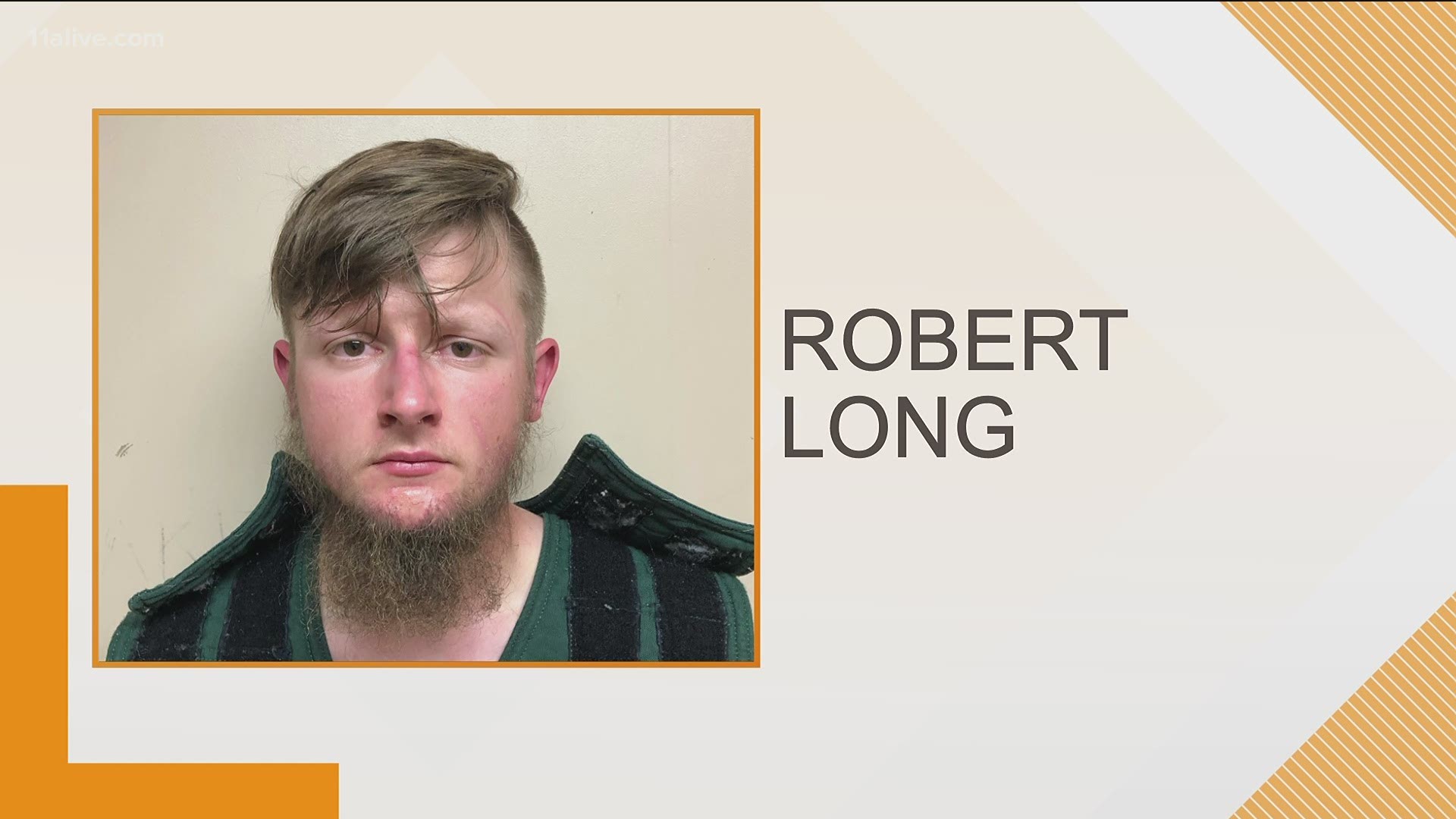 ATLANTA — It took multiple agencies working together to track down a suspect accused of killing eight people last week in three separates shootings across metro Atlanta. Robert Aaron Long was captured in Crisp County on I-75 hours after the March 16 attacks, which deputies said started at Young's Asian Massage in Cherokee County. Four people were killed there and a fifth person was hurt. In Atlanta, the other four victims were killed at Gold Spa and Aromatherapy on Piedmont Road.

Crisp County Sheriff Billy Hancock said the sheriff in Cherokee County, Frank Reynolds, alerted him to be on the lookout for the suspect. Authorities were tracking his phone after Long's parents identified him as the suspect. They suspected he was traveling in a black Hyundai Tucson.

"I came up on my radio and asked for two extra deputies who were home to come out and third one to come out," he said.

They coordinated with Georgia State Patrol and made arrangements to be on the interstate.

"Sheriff Reynolds began to give me some live time information," Hancock said.

He explained how they strategically placed the troopers and the deputies on different points of the highway. GSP Corporal Allen Parker and Trooper First Class Travis Pollock were instrumental in the coordination.

"Trooper Pollock and another trooper were around (mile marker)  87 in the median with their lights shining on the interstate so we could properly identify the driver, making sure he's still the one in the car as he goes through," Hancock said.

When they saw the vehicle approach the area, they jumped into action, they said.

"The corporal pulled out behind the suspected vehicle at the 101 and got close enough to verify the tag number we were looking for," Hancock said.

Parker said they were going about 75 miles per hour along the interstate. He said once they passed Pollock's vehicle, the car started slowing down.

"And failed to maintain his lane, pretty much going lane to lane so that tells me he was looking in his mirror and probably knew what was going on then," Parker said.

Pollock said they didn't want to give him the opportunity to hurt anyone else.

"As soon as we've seen the vehicle and had a safe location, I went ahead and performed the PIT maneuver from the vehicle," Pollock said. "It was good the way we'd done it, took the suspect by surprise."

After the PIT maneuver near mile marker 93, Parker said they all got out of their vehicles and drew their weapons.

"I began giving verbal commands to Long to show his hands while he was still seated in the car," Parker said. "It took him about 30 to 45 seconds after constantly giving him those verbal commands for him to react at which he put his hands up."

They said Long eventually complied and got out of the vehicle. Parker said they waked them away from the vehicle.

"Told him to get on the ground, laid on the ground belly first," Parker recounted. "Again, told him to put his hands out and he did, and I was able to holster my weapon while being cautious."

He said the seconds seemed long.

"Going through my mind at the time was that I was grateful that none of the deputies nor myself or the other troopers were injured," he said.

During the search, they said they found a handgun magazine in one pocket and a foldable knife in the other. Sheriff Hancock said the ordeal was frightening.

"I think it is safe to say we all had a healthy amount of fear. Our training kicked in, our discipline we got from training kicks in," he explained. "I think we all had that fear to the point that made us a better officer that night and made us do or job the way it should be done."

Long is facing multiple charges in Atlanta and Cherokee County in connection with the killing spree.