"I don’t know what she’s going to do with them," Charles Vallow told officers when asked if Lori Vallow was a threat to the children. "Flee with them. Hurt them." 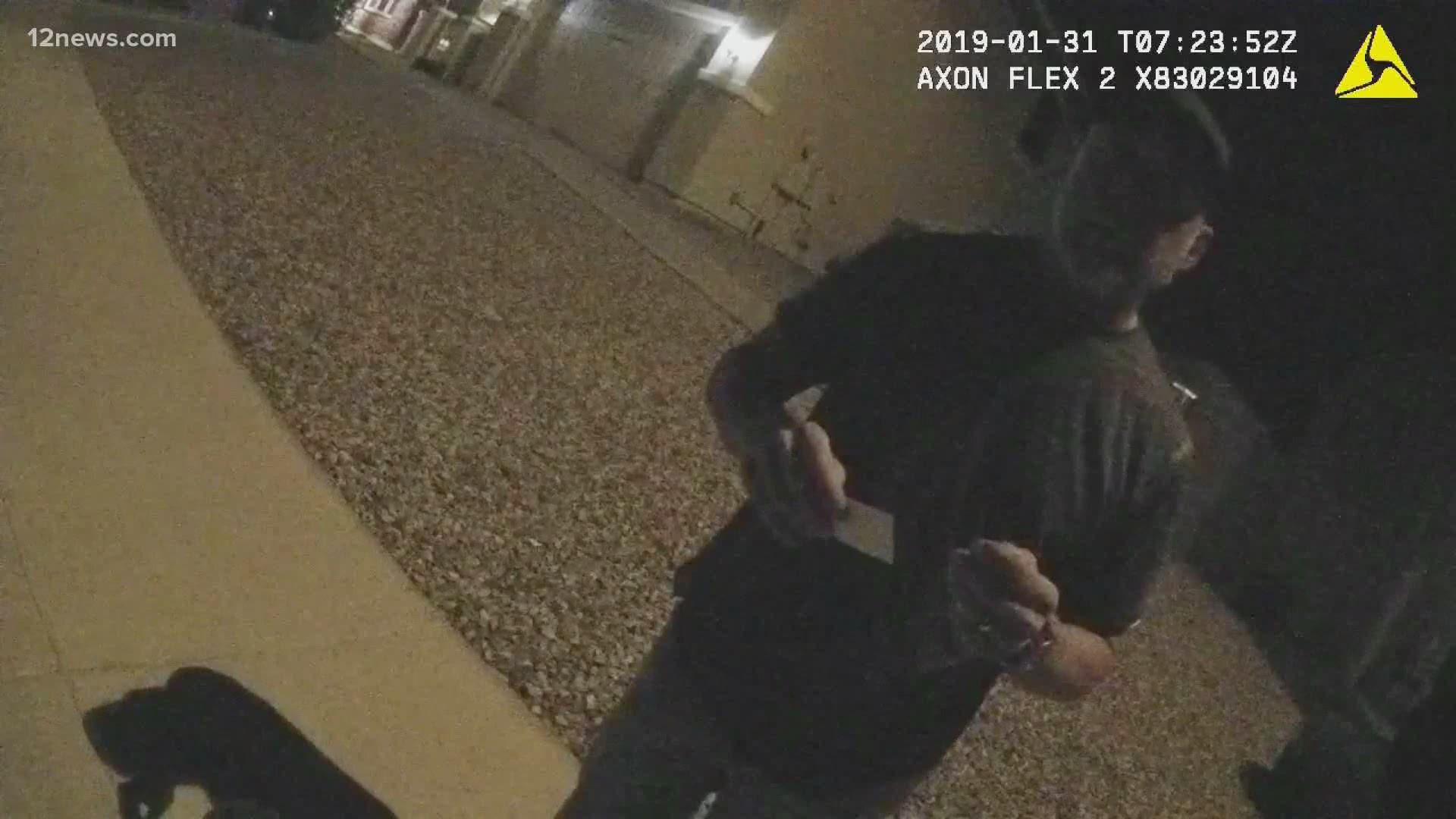 No one has seen Joshua "JJ" Vallow, 7, or Tylee Ryan, 17, since September after their mother moved them from Arizona to Idaho.

The incident with Gilbert Police happened months earlier, on January 31, 2019.

"She’s lost her mind," Charles tells officers when they arrive outside his home. "I don’t know how else to say it."

At the time, the police report says Charles was living in Gilbert with Lori, JJ, Tylee and one of their nephews.

Charles tells the officers he just returned to Arizona from a business trip to Houston and suspected Lori took his truck and locked him out of the house.  He said he'd been trying for the past two days to get a hold of her and the children but never got through.

"What makes her a danger to herself or others?" one of the officers asks.

"She’s threatened me, to murder me, kill me," Charles says.

Charles explains they're LDS, but said lately Lori's religious beliefs had been darkening. He tells officers that Lori thought she was a God and a translated being and that someone else took over Charles' body.

"She said you’re not Charles," he says. "I don’t know who you are, what you did with Charles but I can murder you now with my powers."

"So, she’s speaking as a spiritual being?" the officer questions.

"She’s not here," Charles says. "She lost her reality."

Charles was so concerned that before he called Gilbert Police that night, he got a petition to have Lori’s mental health evaluated, and asks the officers on scene to serve it to her.

Despite being locked out of the home, Charles and the officers eventually open a door through the garage and find no sign of Lori and the kids inside.

"How does she pose a threat to your children?" one of the officers asks Charles.

"I don’t know what she’s going to do with them," Charles says. "Flee with them. Hurt them."

Police also talk to one of Charles' friends at the scene, who witnessed phone calls between Lori and Charles that detailed some of the concerns Charles brought up. Police eventually tell them that the situation is a non-crime and can't serve the mental health check to Lori at that time.

Hours later, Lori shows up at the Gilbert Police Department with her side of the story.

"I told him not to come home," Lori told officers, explaining that his truck and clothes would be gone.

Lori said she went to the department with Tylee after dropping JJ off at school. She told officers she caught Charles cheating and that he stole her purse.

"I just left with the kids because I didn’t want them in all the drama."

After this meeting, police say Lori voluntarily got the mental health check Charles requested and was released.

In February, Charles filed for divorce. In July, Chandler Police say Lori's brother Alex Cox shot and killed Charles at his home in Chandler, different than the home Gilbert officers were called to back in January.

Originally, Cox told police he shot Charles in self-defense, but police are still investigating what happened.

In September, Lori moved from Arizona to Rexburg, Idaho, with Tylee and JJ. Investigators say Tylee was last seen Sept. 8 in Yellowstone National Park on a family trip with her mother, brother and uncle Alex.

JJ was last seen on Sept. 23 at his school in Rexburg.

In November, Lori married Chad Daybell, whose wife Tammy died under suspicious circumstances.  Her death is still being investigated.

In December, Alex Cox died at his home in Gilbert.  The medical examiner's report, released in early May, said he died of natural causes.

In February, Lori was arrested in Hawaii on child desertion charges.  She was extradited back to Idaho, where she's currently being held on bond.  Investigators say she refuses to tell them about her children.  Her next court hearing is set for July.

She and Chad Daybell are also currently being investigated by the Idaho Attorney General's Office for murder and conspiracy in the death of Tammy Daybell.