The father of the Lakewood High School freshman wants the teacher charged with child abuse. 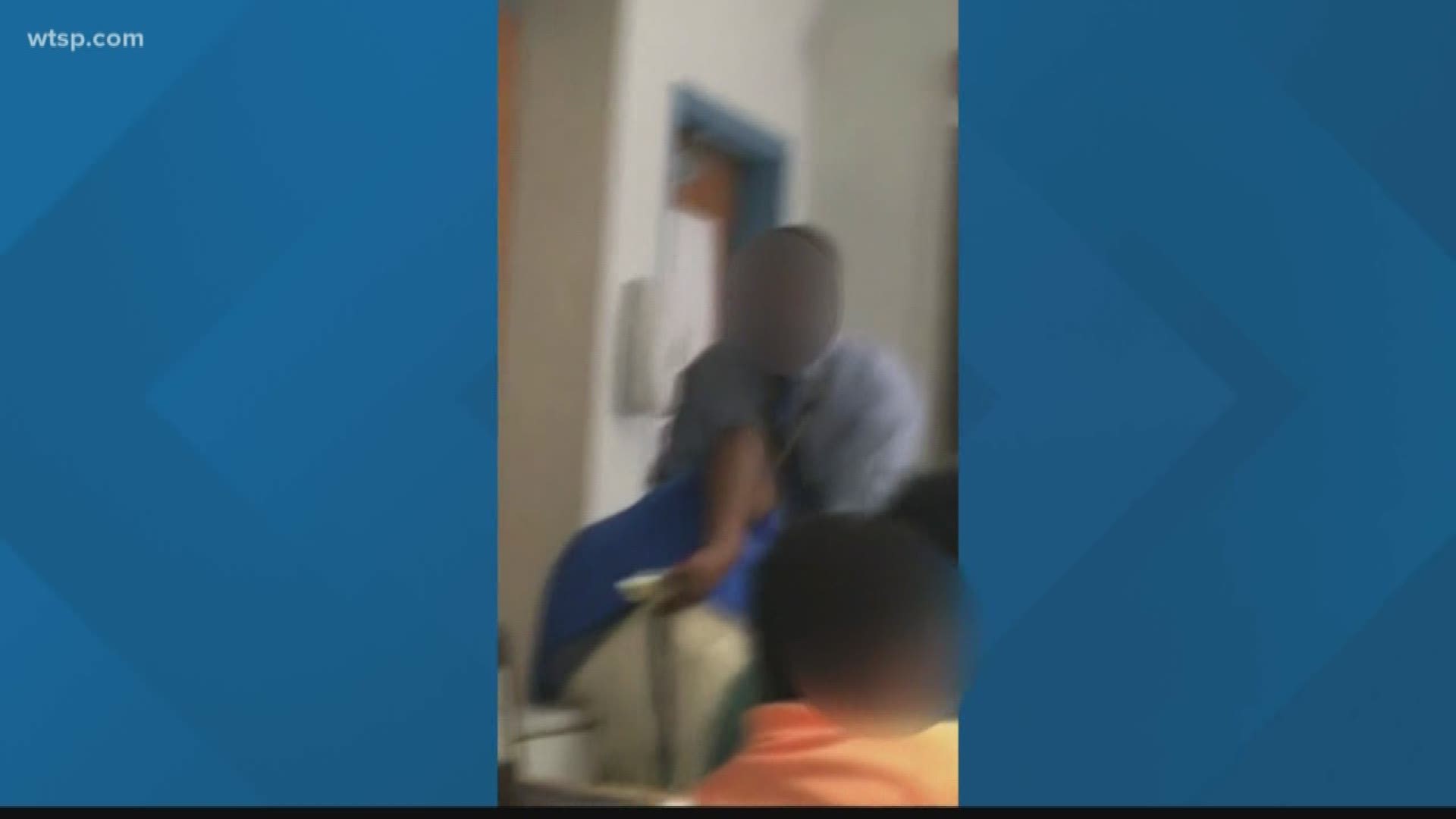 ST. PETERSBURG, Fla. — A math teacher from Lakewood High School in St. Petersburg is on temporary suspension, banned from having contact with students, after the parents of a 15-year-old freshman complained the teacher ripped out a clump of their son’s hair as the teacher was attempting to force the student to sit down in class.

Carlton Florence, the father of the teen, says the incident happened Wednesday. Florence says he was called to the school to pick up his son and later told investigating police officers he wanted them to pursue child abuse charges against the teacher.

Another student shot cell phone video of the incident but only kept a four-second clip with no audio which appears to show the teacher grabbing the student near the head and forcing him down.

The incident has since been turned over to the state attorney’s office for review.

Pinellas County Schools could not comment on the case because of the open investigation but tells 10News the teacher involved has worked at Lakewood High School since 2016 and has no disciplinary items on his record.

But the parents of the teen involved say the teacher shouldn’t be exempt from the law just because he’s an educator.

“All children are going to be at some point defiant at some point and if you can’t handle it and have to wrestle them and rip their hair out you definitely shouldn’t be a teacher,” said the teen’s stepmother.