A suspicious object was found last week inside the east gate entrance to the Bay Pines VA Healthcare System. 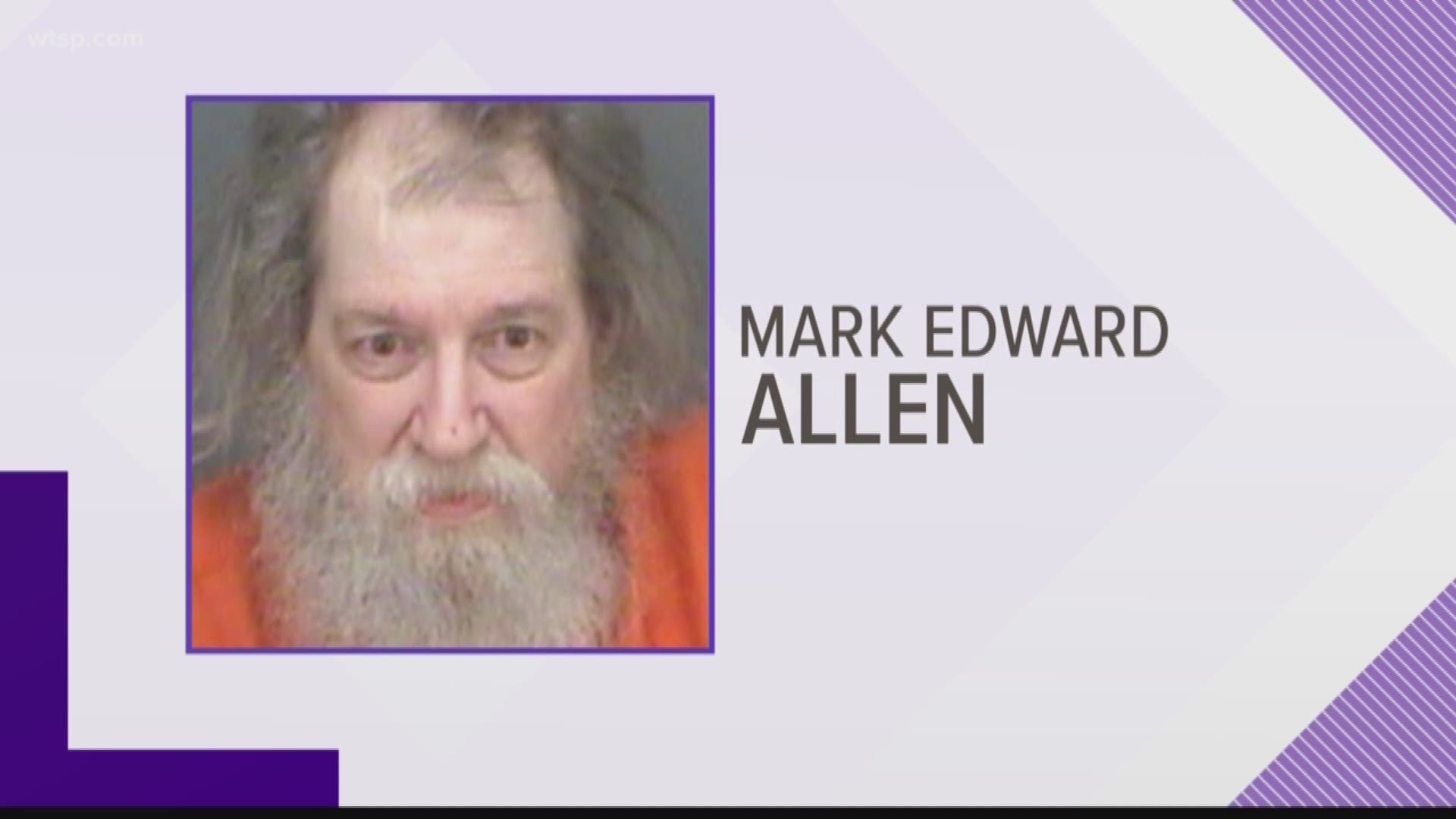 On Wednesday, authorities announced the arrest of a St. Petersburg man accused of placing an explosive device at the veterans hospital.

Allen was scheduled for an appointment at the hospital on May 27. According to the criminal complaint, he is a U.S. Army Veteran who visits the VA to treat various conditions.

According to the federal criminal complaint, Allen placed an "improvised explosive device" around May 29 at the veterans hospital. Law enforcement from the FBI, Tampa police, a bomb squad and other agencies said the device contained a 9-volt battery, electrical wires, an improvised initiator, an unknown powder and a clothespin switch.

A Wawa convenience store captured surveillance video from Bay Pines and it captured images of Allen planting an improvised explosive device at the VA around 5 a.m.

Traffic was stopped to the area. People were told by police they had to stay back, "Because there was somebody disgruntled,” said a witness named Stacy, whose husband works at the VA hospital.

About two days later, the complaint said someone close to him reported that Allen had been making other devices in his home. The complaint said that person had one of the devices, which contained electrical wires, an unknown black powder and a light bulb initiator.

“And that’s when you start hearing ‘fire in the hole’”, said neighbor Denise Carter. “They said it several times. And then all you hear is boom. These loud booms. And then they were carrying all kinds of stuff out of his house.”

Officials were able to safely defuse the device and soon concluded Allen had also built the one they’d found at the VA hospital two days earlier.

In a statement, Bay Pines, commended law-enforcement for its fast work, as did others.

"We commend the efforts of Bay Pines’ Team VA, criminal Office of Inspector General, and our law enforcement partners for their swift, top-notch response and collaboration to ensure the safety of all who provide and utilize VA services on our campus," a Bay Pines VA Healthcare System spokesperson wrote in an email to 10News.

“I definitely feel better. But he’s just one in a lot,” said one resident. “There are a lot of disgruntled people that do stupid things.”

The U.S. Attorney's Office for the Middle District of Florida said Allen made his first appearance in federal court on Tuesday. He remains inside the Pinellas County Jail Wednesday on a federal warrant for possession of unregistered explosive devices. He's being held without bond.

The case is being investigated by the FBI with assistance from the Tampa Police Department, the Bureau of Alcohol, Tobacco, Firearms and Explosives, the Department of Veterans Affairs Police, the VA's Office of Inspector General and the St. Petersburg Police Department.