Luckily, the students' instruments were inside the school, following the concert, when the theft occurred. 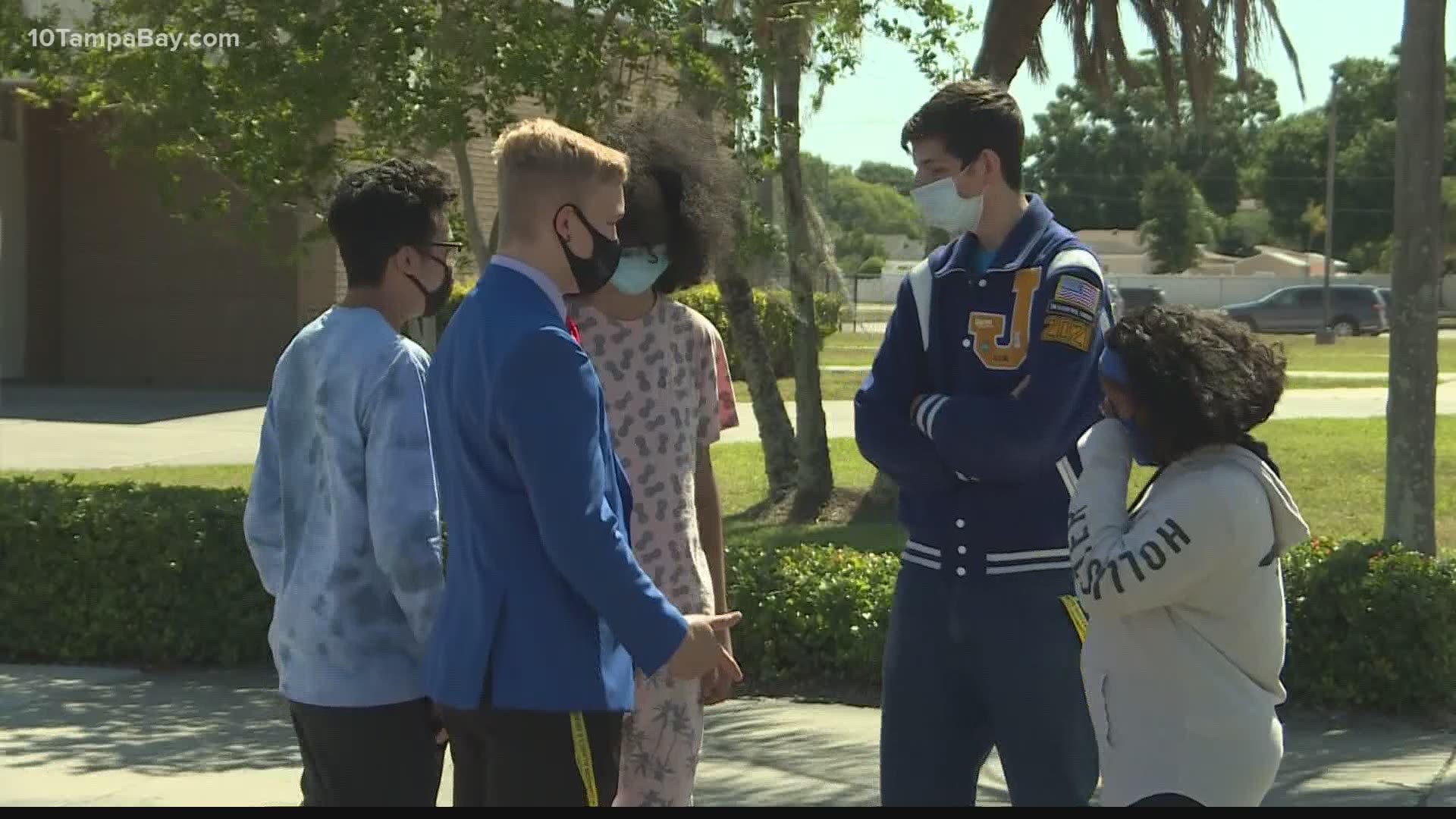 “I walk into the band room and they go you’re never going to believe it and I’m like what? The trailer is stolen. Huh? Who? What? How?" Tyler Matthews, a senior band student said.

Hillsborough County Public Schools says the band's trailer was stolen from campus in the middle of the night following one of the students' performances. The entire incident was caught on surveillance video.

According to the district, the theft totaled $6,000 and included the loss of the band's drum major platform. Luckily, the students' instruments were inside the school, following the concert, when the theft occurred.

“I don’t even know where anybody’s logic would be that the high school would be the best place to steal from. Because it’s just a bunch of kids out there who are just trying to have a good time, especially with the band and everything it’s all about having fun and enjoying your four years that you’re here," Matthews said. "I don’t know why of all places to steal a trailer from and you pick a high school.”

The trailer mainly serves as a way for the school to carry equipment to away games but has been used sparingly due to COVID-19 impacts on school-related travel, according to a press release.

Regardless, Band Director Alex Pedigo says that does not excuse the "unimaginable" act.

“So, for us to come in that day and see the trailer was gone it’s unimaginable and how low do you have to go to do that to young adults who are you here early," he said.

As of May 7, it is still a mystery as to who took the trailer.