Police said two officers were injured after the car hit the patrol vehicles in a gas station parking lot on June 4. 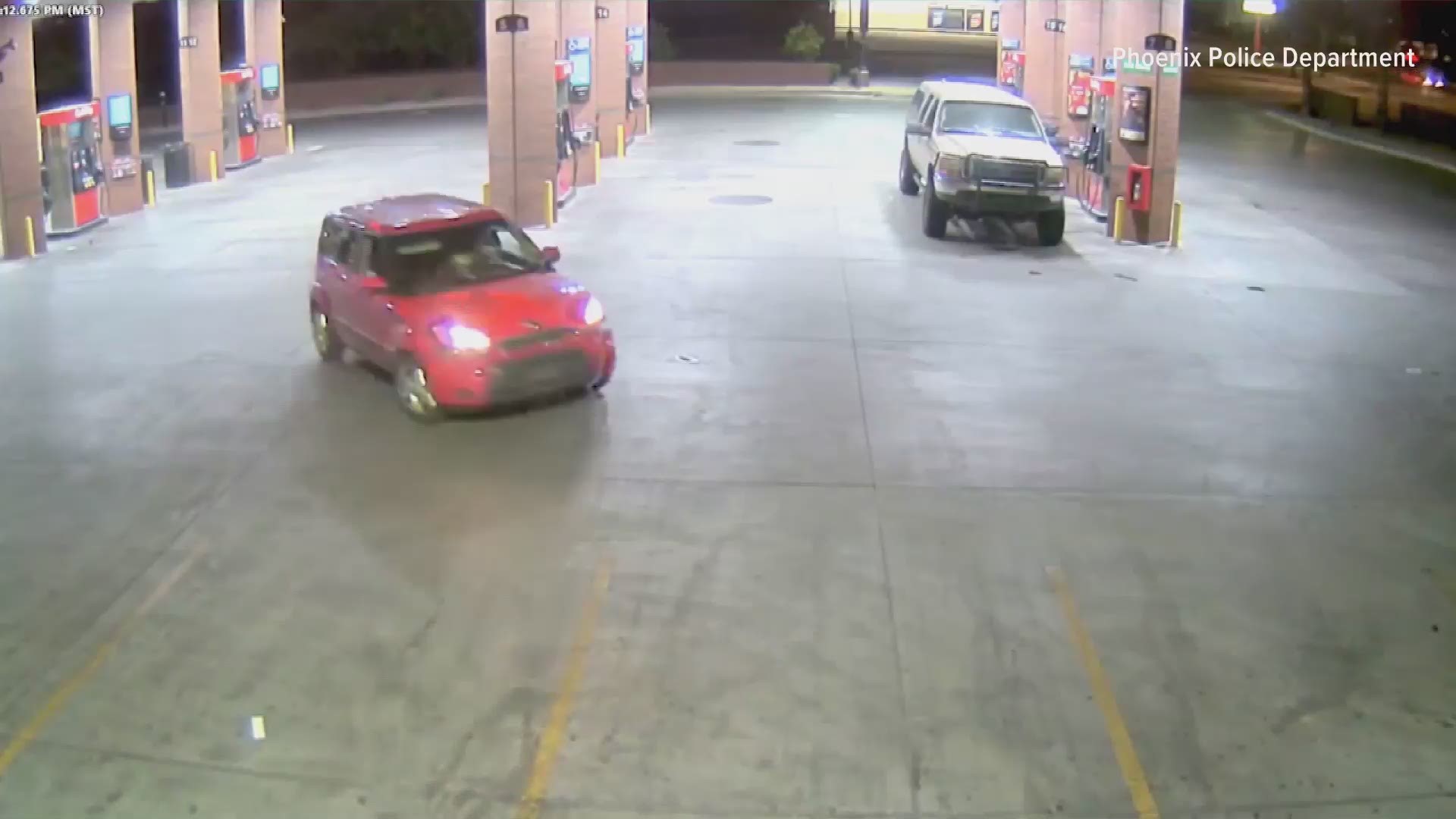 PHOENIX — Surveillance video released by Phoenix police shows a car slamming into a police vehicle at a QuikTrip at 16th Street and Baseline Road earlier this month.

The video shows the red Kia Soul swerving as it speeds through the QT parking lot toward two police cars parked around the corner of the building.

The car accelerates toward the police cars and slams into one of them with two officers inside. Another officer was standing near the passenger door at the time of the crash.

The car briefly stops after hitting the police cars long enough for three people to jump out. The car then takes off again, nearly hitting the people who bailed out and running over a cement median before driving off into the open desert.

One officer suffered a possible broken nose and another suffered a laceration to the back of the head from the crash, police said.

Investigators said the driver behind the wheel was 56-year-old Lori Ann Relf. She and the passengers told police they had smoked crack cocaine moments before the crash.

Relf told police she purposely ran into the patrol cars to get their attention because she says she was being held against her will by the two passengers.

However, police said surveillance video from inside the QT store disputes that. They said she was alone in the bathroom for several minutes, giving her plenty of time to leave and notify the officers who were in the parking lot the entire time.

RELATED: Man who plowed car into Phoenix officers at gas station sentenced to 35 years in prison