The Champs store was destroyed by flames during a night of unrest and looting on May 31 in Tampa. 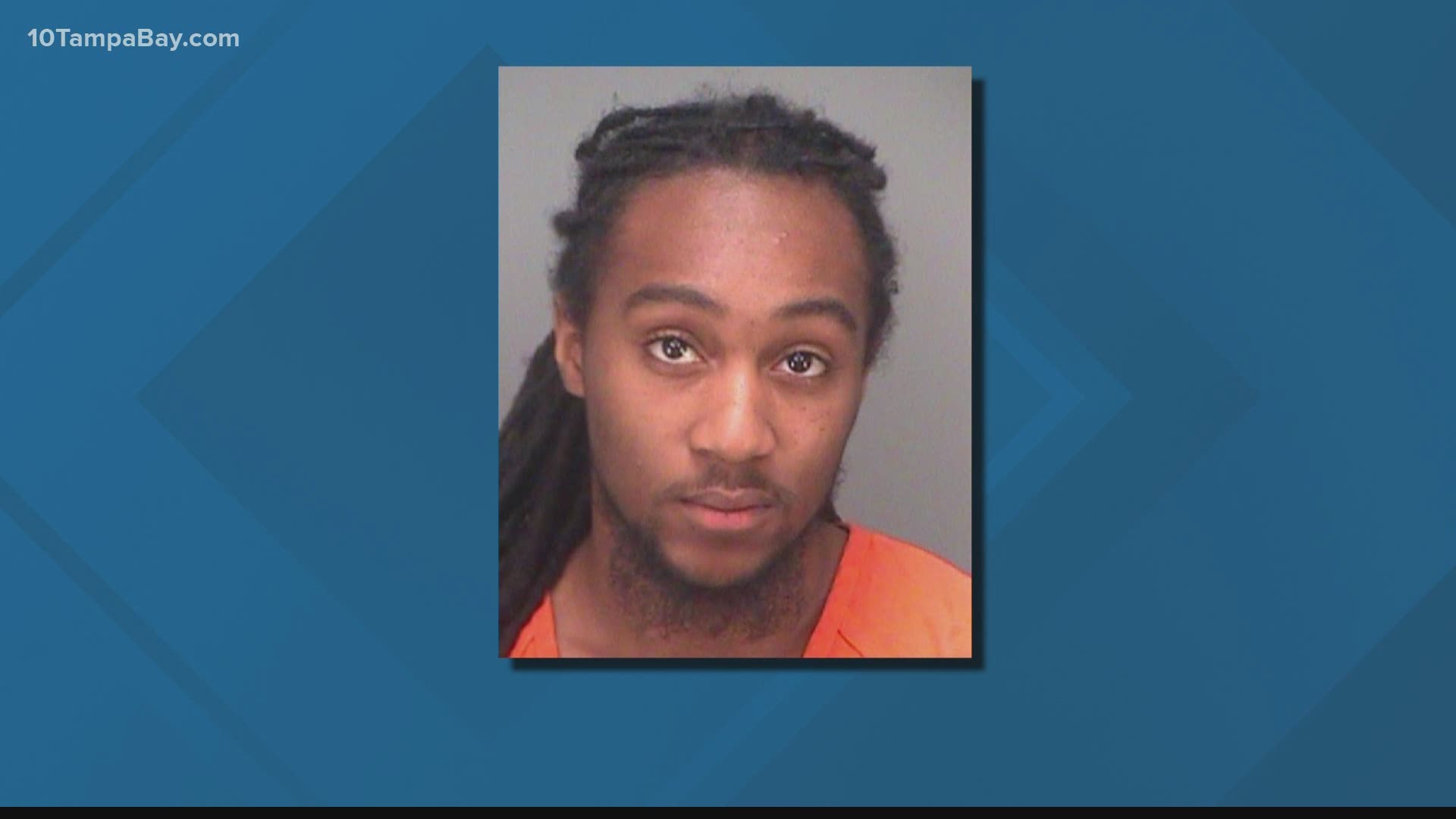 TAMPA, Fla. — A man suspected of setting fire to the Fowler Avenue Champs Sports store in Tampa during a night of unrest and looting back in late May has been taken into federal custody in New York.

Police have identified him as 20-year-old Terrance Lee Hester Jr. of Tampa. Prosecutors say he surrendered himself to federal authorities in Oswego, New York.

His initial court appearance was Friday. He has no more hearings scheduled up north and is awaiting transportation by U.S. Marshals back to the Middle District of Florida.

Credit: Pinellas County Jail
Terrance Lee Hester Jr. was taken into custody by Clearwater Police back in early may for driving an unregistered vehicle with a suspended license.

Investigators say Hester was caught on video dropping a flaming rag into the store’s broken window, setting the building on fire as others looted. Tampa police detectives released video, which they say clearly showed his face in the moments before and after he allegedly lit the building on fire.

Both the Champs and a neighboring restaurant were destroyed in the fire, which burned for hours.

Authorities say the estimated loss to the Champs Sports store and other businesses in the plaza was approximately $1.25 million that night.

The United States Bureau of Alcohol, Tobacco, Firearms and Explosives confirmed had offered a $5000 reward for information leading to the arrest of the person responsible for the fire. CrimeStoppers of Tampa Bay then added an additional $2,500 to the reward.

Tampa police detectives are working to track down looting and vandalism suspects.

Video in the aftermath of the incident shows what appears to be Hester carrying a shoebox, strolling westbound down the sidewalk on Fowler where more looting and vandalism was taking place. The fire took place on Hester’s 20th birthday, jail records show.

Federal prosecutors have not yet said when Hester might be taken back to Florida.