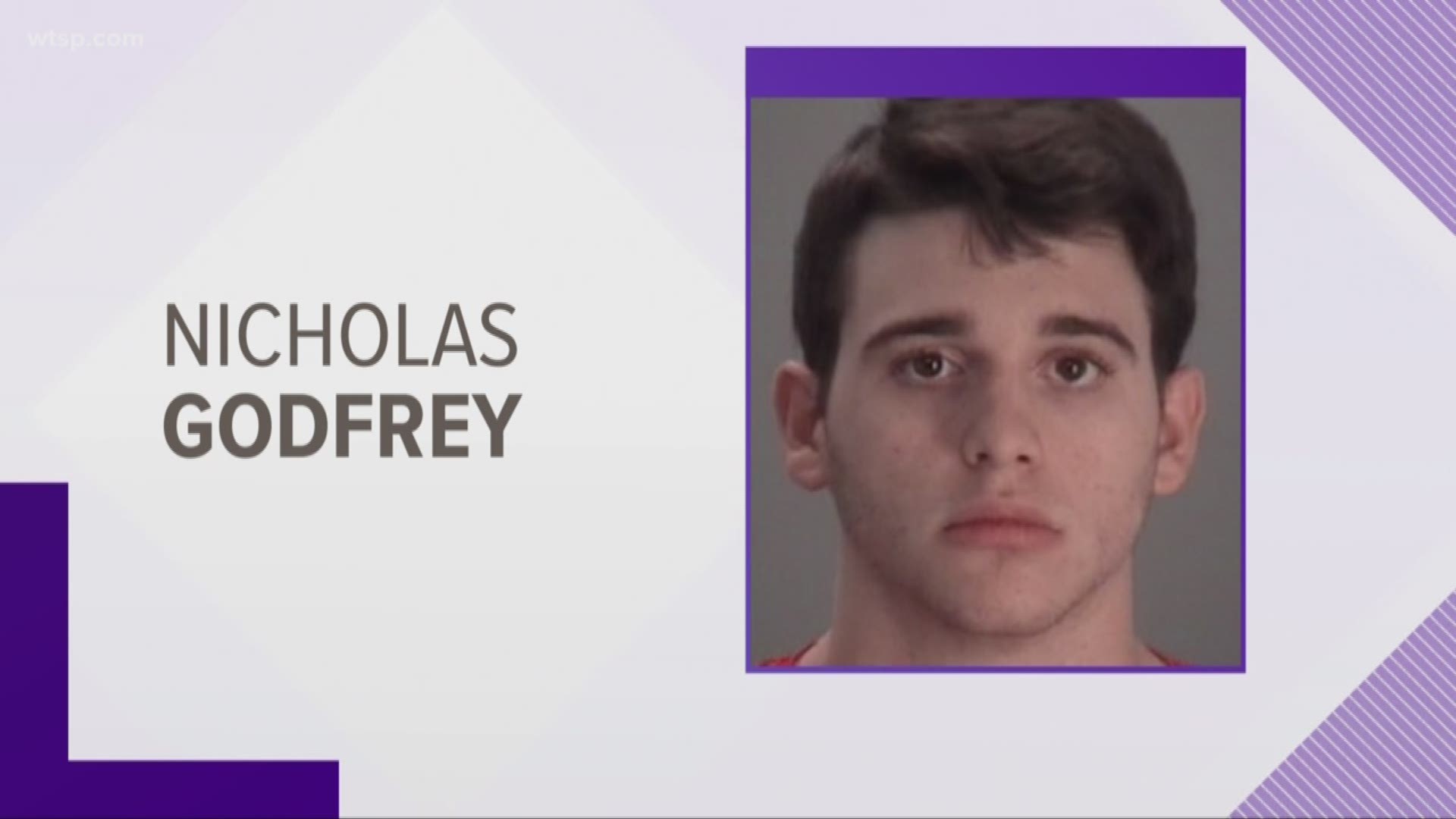 According to the Pasco County Sheriff's Office, 18-year old Nicholas Godfrey sent messages on Instagram saying, "I need a guy who could kill someone."

The sheriff's office report goes on to say Godfrey offered $100,000 for "the victim's head."

A search warrant was obtained and investigators say Godfrey admitted to sending the messages.

Godfrey was arrested and taken to the Pasco County Jail.