More people are opting to install cameras or smart doorbells at their front porch, while a growing number of Bay area law enforcement agencies are encouraging it. 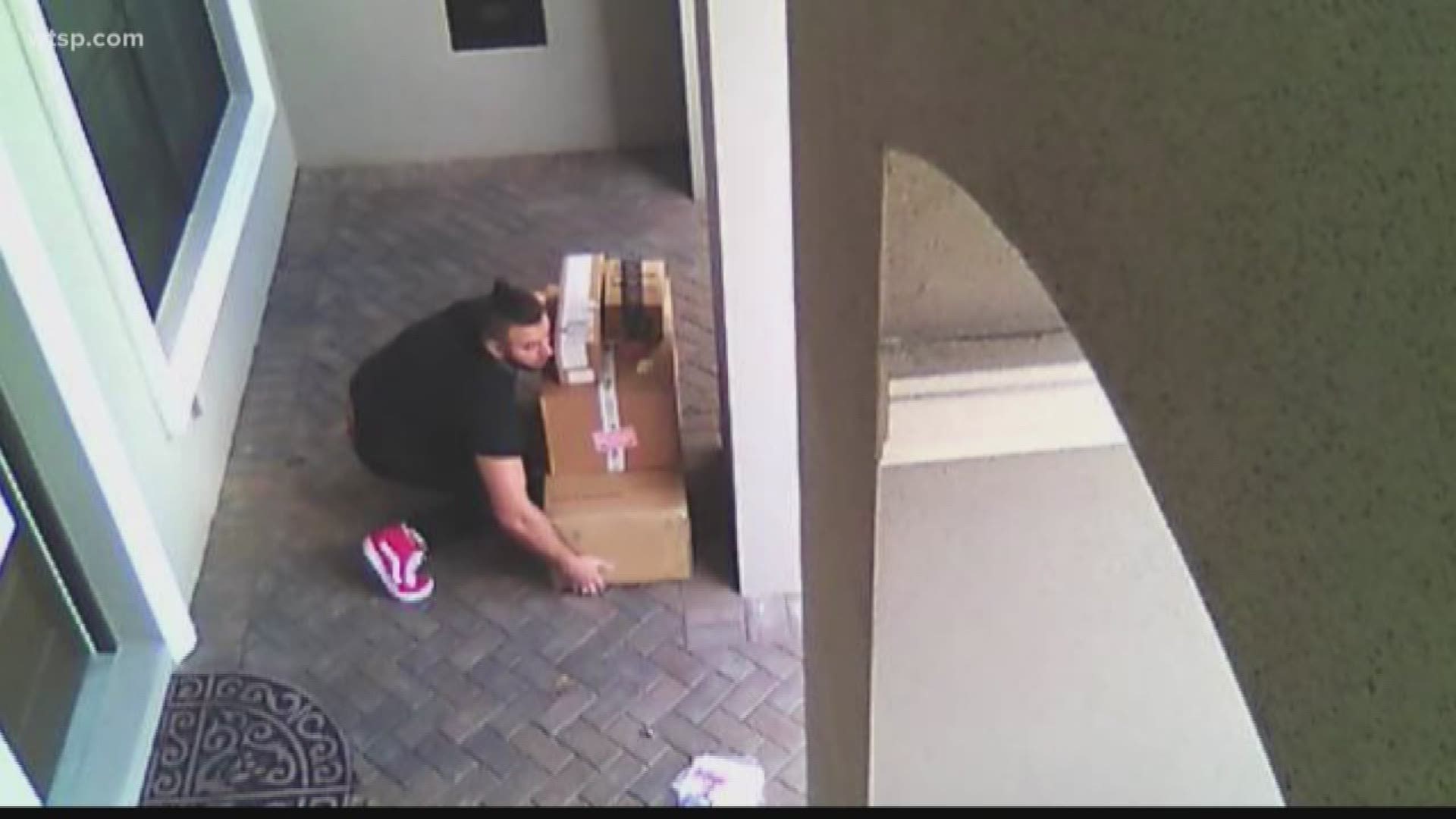 Those Cyber Monday orders are probably starting to get delivered to your door right about now.

But all the extra holiday shopping also means more opportunities for thieves to swipe those packages.

A recent survey by home security company SafeWise ranked the Tampa Bay metro area 9th in the nation with the highest numbers of thefts by "porch pirates."

Kristen Barron of Tampa knows first-hand after her Amazon 'Blink' camera caught a crook nabbing a box from her porch filled with newly-delivered dog vitamins and a baby shower gift.

“He did his Cyber Monday shopping on peoples’ doorsteps," Barron said. "We know of others he hit and he didn’t get much from us but other people probably weren’t so lucky.”

Now she hopes police will be able to nab him.

"I'm just thankful we have it and it's a way for us to show [police] exactly what happened," she said.

More people are opting to install cameras or smart doorbells at their front porch, while a growing number of Bay-area law enforcement agencies are encouraging it.

The Bradenton Police Department is the latest agency to team up with the "Neighbors" app, created by the makers of the popular Ring doorbell.

The app allows users to post video from their doorbell to the social network, which operates like a digital neighborhood watch.

"This is the future," Lt. Brian Thiers said. "This is where law enforcement is going.”

Thiers says neighbors and the police department can comment on posts. Detectives can then follow up and request additional information from willing users.

"It’s like having a watch patrol 24/7," Thiers said. "We're seeing more and more homeowners really taking the initiative to install a camera, or two, or ten."

►RELATED: How doorbell cameras are creating dilemmas for police, neighborhoods

Barron says she's glad she and her husband opted to install their camera.

"It's so worth it just to have the piece of mind," she said. "Maybe we'll never catch this guy but at least we know what happened and we were able to warn our neighbors right away."

Thieves can be charged with a felony depending on how much is stolen.

Police also recommend having your stuff delivered to where you work, or to a designated drop-off point like an Amazon Locker or UPS Access Point.