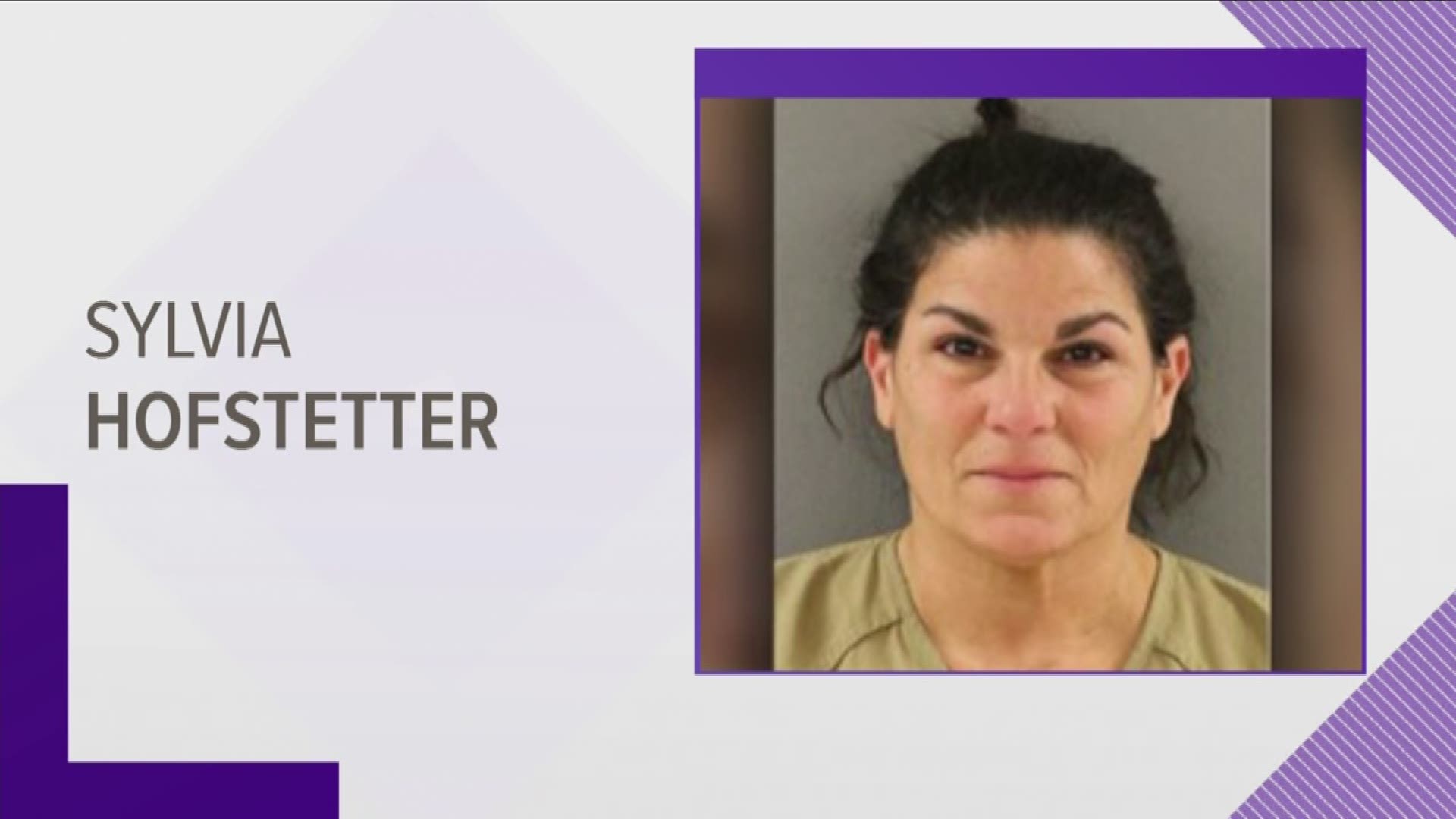 KNOXVILLE, Tennessee — A greedy conspirator or an absentee manager. A scheming owner or an unwitting dupe.

Government prosecutors and the defense drew conflicting portraits Wednesday of Sylvia Hofstetter, the Florida native accused of moving to East Tennessee almost 10 years ago to lead a broad plot to run million-dollar pill mills in West Knoxville and Lenoir City.

On Wednesday, lawyers presented opening statements before the government began introducing its proof. The trial could stretch into January, according to U.S. District Judge Thomas Varlan.

On trial along with Hofstetter are former nurse practitioners Courtney Newman, Cynthia Clemons and Holli Womack. The three worked at the clinics and are charged with helping dispense heavy duty opioids to customers who often didn't even need the drugs.

Hofstetter faces counts of racketeering, conspiracy to distribute controlled substances and money laundering among others.

Prosecutor Kelly Kathleen Pearson told jurors Wednesday morning they'd hear proof from multiple witnesses that Hofstetter and others schemed to make as much money as possible handing out as many prescription pills as possible.

The clinics saw dozens of customers a day, most of whom didn't really need what they were seeking. Staff did little to screen for actual medical needs, Pearson said, and ignored it when someone said they were turning around and selling the pills for extra money.

"No treatment was offered at these clinics," she said.

The first clinic opened about 2010; others followed, flourishing until government agents moved in to raid them in March 2015.

The only time a clinic closed -- one on Gallaher View Road -- was because neighboring tenants kept complaining about the unruly, drug-using customers who made a scene at the building, Pearson said.

In a little over three years, several clinics saw thousands of customers and made over $20 million in revenue, she said.

Hofstetter alone made more than $4 million in the scheme, according to the government. She'd also been part of a clinic scheme in Hollywood, Fla., before moving to Tennessee, the government alleges.

She liked to gamble much of that money in casinos, Pearson said.

Hofstetter was backed by a trio known as "The Italians," Benjamin Rodriguez, Luca Sartini and Luigi Palma. Rodriguez has signed a plea agreement with the government and agreed to testify in Knoxville, according to Pearson.

The three women accused along with Hofstetter knew what they were doing when they handed out prescription after prescription, Pearson said. They knew the clinic was a sham.

Sometimes they'd see as many as 100 customers a day. But it was a place where you could hardly count on finding a Band-Aid, the prosecutor said.

Defense attorney Chuck Burks said Hofstetter was a hardworking, conscientious employee who wanted to look out for a daughter and granddaughter. Her family fled Cuba for South Florida after Fidel Castro came to power, he said.

Burks portrayed his client as someone who wanted to do the right thing but had to contend with scheming employees who ran their own drug and medical ripoff scams quietly on the side.

He said she hired medical providers to ensure operations were legal. But she was foiled by a few key employees who became drug addicts themselves, he said.

Her job often took her away from day-to-day operations, Burks said, suggesting that gave others ample time to run a pill mill.

Several people who have reached plea agreements with the government are the real "bad guys," he said.

"To them she was a bitch," Burks said. "She was hard, she was controlling. Her role was to try to keep this business profitable -- but legal," he said.

Defense attorneys for Newman, Clemons and Womack say their clients ended up being victimized by a couple conspiring co-workers. They also were at the mercy of Hofstetter, who could be abusive, mercurial and intimidating.

Lawyer Chris Oldham, who represents Newman, countered Pearson's claim that the clinics were mostly a sham.

He said many patients had legitimate reasons to get pain treatment. Individual treatment plans were prepared for patients, he said. Some were referred for further treatment to specialists.

Newman, he said, didn't know that employees Stephanie Puckett and Shannon Hill, who are cooperating with the government, were running a scam to hand out pills.

The trial is expected to feature testimony about federal surveillance, customers who sought pills from the clinics and experts who will talk about how opioids can kill and how they ensnare addicts.