The government alleges Sylvia Hofstetter was a principal in the pill mill scheme, backed by silent partners Luca Sartini and Luigi Palma. 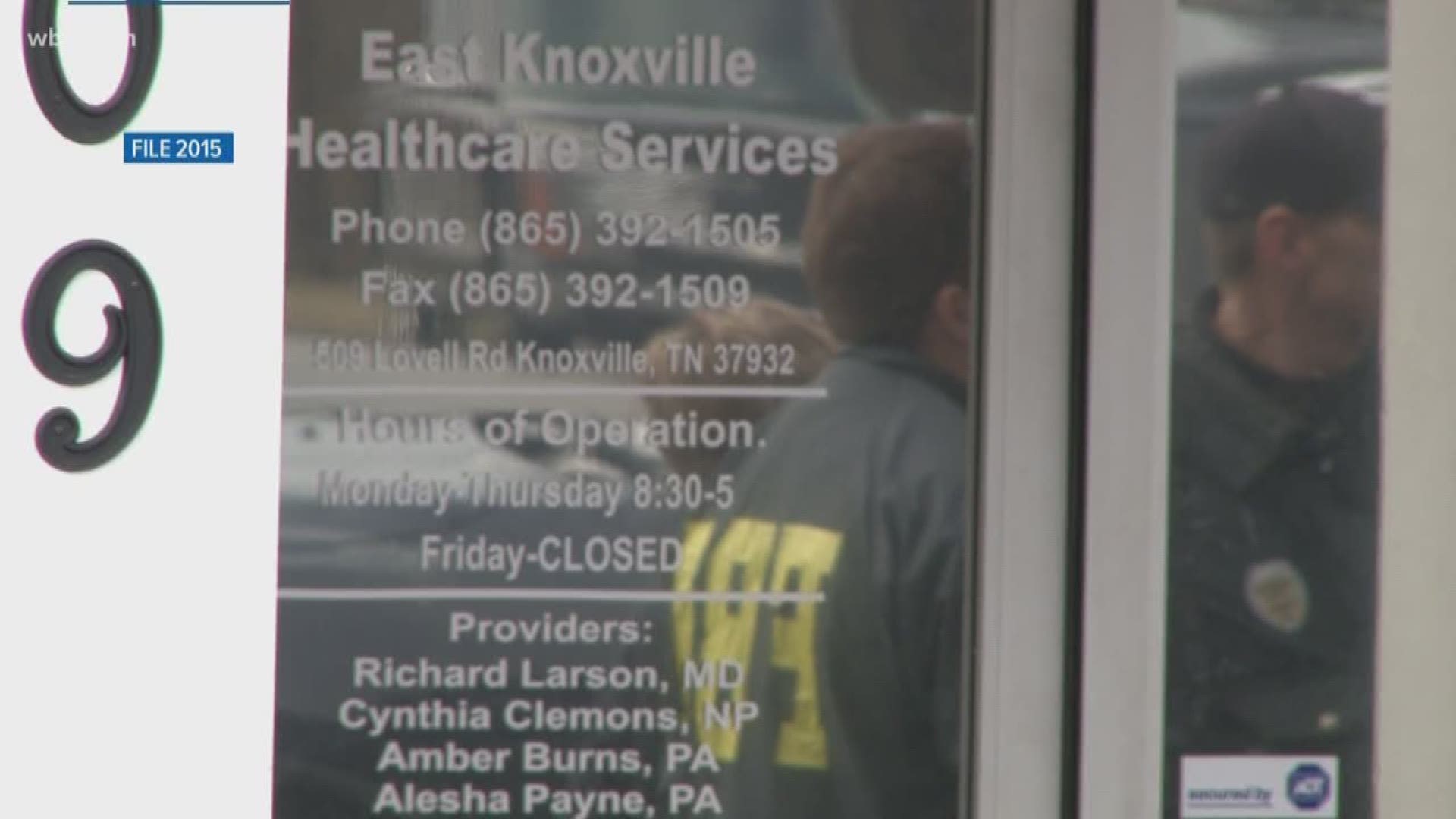 Several area Knoxville and Lenoir City area clinics wrote more than 100,000 prescriptions, pocketing millions in cash for several years until the feds stepped in in 2015. Customers, including many addicts, got more than 9 million pills including more than 5 million oxycodones, according to documents.

And more than 30 "sponsors" got what they wanted, records allege, because they got a cut of clients' pills by fronting them the cash to buy the drugs.

The details are included in a newly unsealed, 119-page affidavit prepared by FBI Special Agent Kelly L. Kindness. The original documented was submitted to a U.S. magistrate judge in 2015 to secure a search warrant.

It's been under seal as the government's prosecution advanced in U.S. District Court in Knoxville and new indictments were issued. The government sought and a judge agreed earlier this month to make the documents public.

Hofstetter is one of the highest profile defendants. Backed by two Italian men, she moved to the Knoxville area from Florida to start pill mills, the government alleges. They'd run a similar operation in Florida, according to the government.

Hofstetter is awaiting trial in Knoxville. More than 100 people have been indicted in the case.

The Italians, Luigi Palma and Luca Sartini, were arrested earlier this year in Italy. They have yet to be extradited to the United States to face trial.

Hofstetter oversaw several pill mill operations in a grouping, the government alleges, but others also took part in the conspiracy. At least one pill mill sprung from the associated clinics, documents state.

The plan called for providing prescriptions to addicts without any real checks and balances in a cash operation meant to skirt state and federal regulations, the government alleges.

All told, the clinics from November 2011 to July 2014 handed out about 115,500 prescriptions that resulted in the distribution of nearly 9.5 million pills including more than 5 million oxycodones and 1.1 million doses of morphine.

Hordes crowded clinic parking lots waiting to get their regular prescription handouts. Records state clinic personnel did little to check clients' health status and didn't mind accepting bogus urine samples to make it look as if they were legitimate.

One of the clinics, East Knoxville Health Care Services, had over a thousand patients on its books before three employees decided to strike out on their own and open a competing clinic, records state.

At its peak, East Knoxville had average gross revenues of about $362,000 a month, the FBI alleges.

If a customer had no money, that wasn't a problem, according to records. He could find a "sponsor" who would front him the cash. In exchange, the customer gave the sponsor a cut of his pills.

Clients were seen feigning physical impairments as they walked into the clinics and then dashing out to get their drugs once they'd secured prescriptions, documents state.

Clinic workers knew about the sponsors and often talked to them about their clients, according to the affidavit.

The government listened in on clinic operations by phone taps secured through a judge, records state. Two undercover FBI agents also went to the suspect clinics to get prescriptions, documents state.