Unsolved: The murder of Jennifer Odom 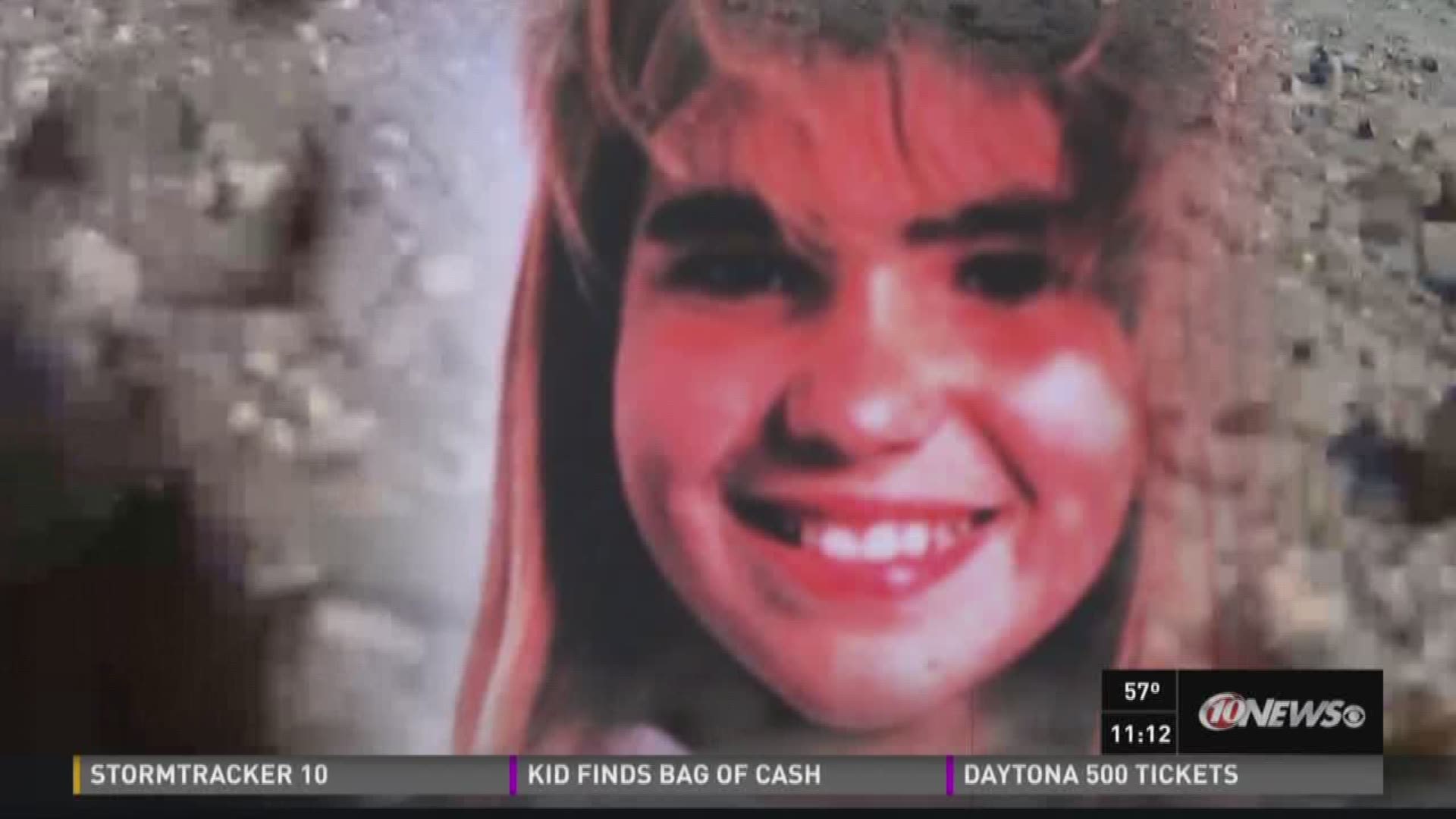 10News anchor and former policeman Reginald Roundtree has lived in the Bay area for nearly 30 years and can recall some of the region's most mystifying disappearances and unsolved murders. Recently he revisited the cold case of Jennifer Odom, a 12-year-old Dade City girl murdered in 1993.

It's the one case that has haunted me for almost 24 years. It shocked the Bay area and left many asking ‘Why?’

Why - and - how did someone abduct and kill a 12-year-old girl from Pasco County? That girl was named Jennifer Odom.

I returned to the old orange grove where Jennifer was found nearly 24 years ago, in February 1993, to revisit the case.

It was an eerie experience.

For many people, a similar walk through the woods is a relaxing venture into nature. But this walk was far from relaxing - it was far too familiar, because I was walking to a murder scene that I'd visited before.

Jennifer Odom's body was found 600 hundred feet from the roadway at the end of a dirt trail. Hernando County detective George Loydgren, now the point man for the Odom case, was with me.

I asked him: "Your thoughts on the suspect being comfortable enough to bring a body here – familiar with the area. This is not a random location for him.”

“I believe he had knowledge of this area,” Loydgren answered emphatically.

On the afternoon of Feb. 19, 1993, Jennifer Odom headed home from school and was dropped off in front of her home in Dade City.

"She gets off the bus, the kids see her walk down the road,” Loydgren said. “That's the last they see of her.”

But the kids on the bus also notice something else: a blue pickup truck near Jennifer on that road. Detectives believe the driver of that truck abducted Jennifer and then fled.

There was an all-out manhunt by the Pasco County Sheriff's Office for anyone who owned a blue pickup truck. Deputies followed up on any and all tips on the case.

Jennifer's family pleaded for her safe return through the media.

Two years pass and nothing. But then Jennifer's music case and her clarinet were found in an open field. Still, prints on the evidence revealed nothing to help catch the killer.

There are literally thousands of pages of investigative reports and follow-ups on the Odom case, and hundreds of hours of manpower have been spent working this case in the 24 years since.

Now that all is in the hands of Det. Loydgren.

He believes the break in this case will come from someone who has first-hand knowledge of what happened.

“These (suspects) all talk. They tell a wife, a girlfriend, a brother, or they brag to somebody

“Or they actually feel guilt. It bothers them. In this case, in particular, I don't think it bothers that person too much."

And that's the most disturbing part of this case - it doesn't bother the killer. This despicable, deranged person might be still among us - maybe a neighbor, friend or a relative.

Well, it's time he was brought to justice and locked up like the animal he is. But the only way that will happen is if a call is made to turn him in.

If you know anything about who killed Jennifer Odom, please pick up the phone and make that call.