This is the third case of meter vandalism, causing several thousand dollars in damage, police say. 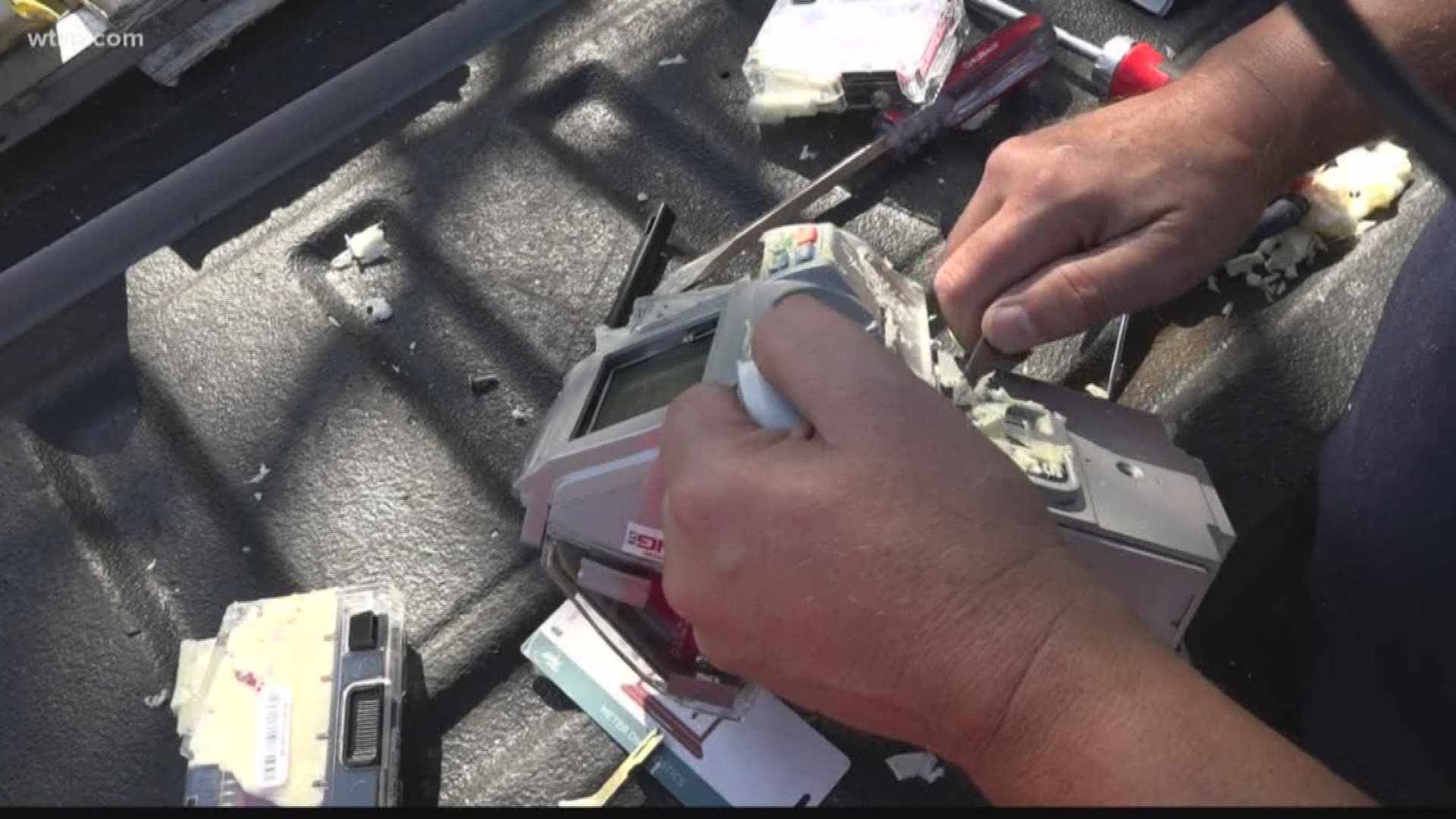 ST. PETERSBURG, Fla. — Police are investigating 21 meters that were vandalized overnight in the downtown area.

The meters were found around 1st Avenue and Beach Drive NE, according to a news release. The vandal -- or vandals -- used spray foam sealant to damage the meters, preventing customers from inserting a card.

This is the same method used in two other cases since Oct. 27.

Ricardo and Susy Wong say they love to visit downtown St. Petersburg and were upset to learn about the vandalism.

"That's really sad. It's a huge expense to the city. And it doesn't make any sense. It's vandalism at it's worst," they said.

Investigators are canvassing the area for video.

In the meantime, city employees are taking the meters apart and cleaning them. One representative with the city says they haven't changed the days where you need to pay to park where the meters were hit.

Damage estimates are to the tune of thousands of dollars -- taxpayer dollars, with each meter costing about $550.

"This is a serious waste of resources, time and money. No one wants their tax dollars to go to something as silly as this. And it is no laughing matter at all," said Sandra Bentil of the St. Petersburg Police Department.