In the surveillance video, you can hear Kelley Beal screaming "stop" as the UPS truck starts going around the school bus. 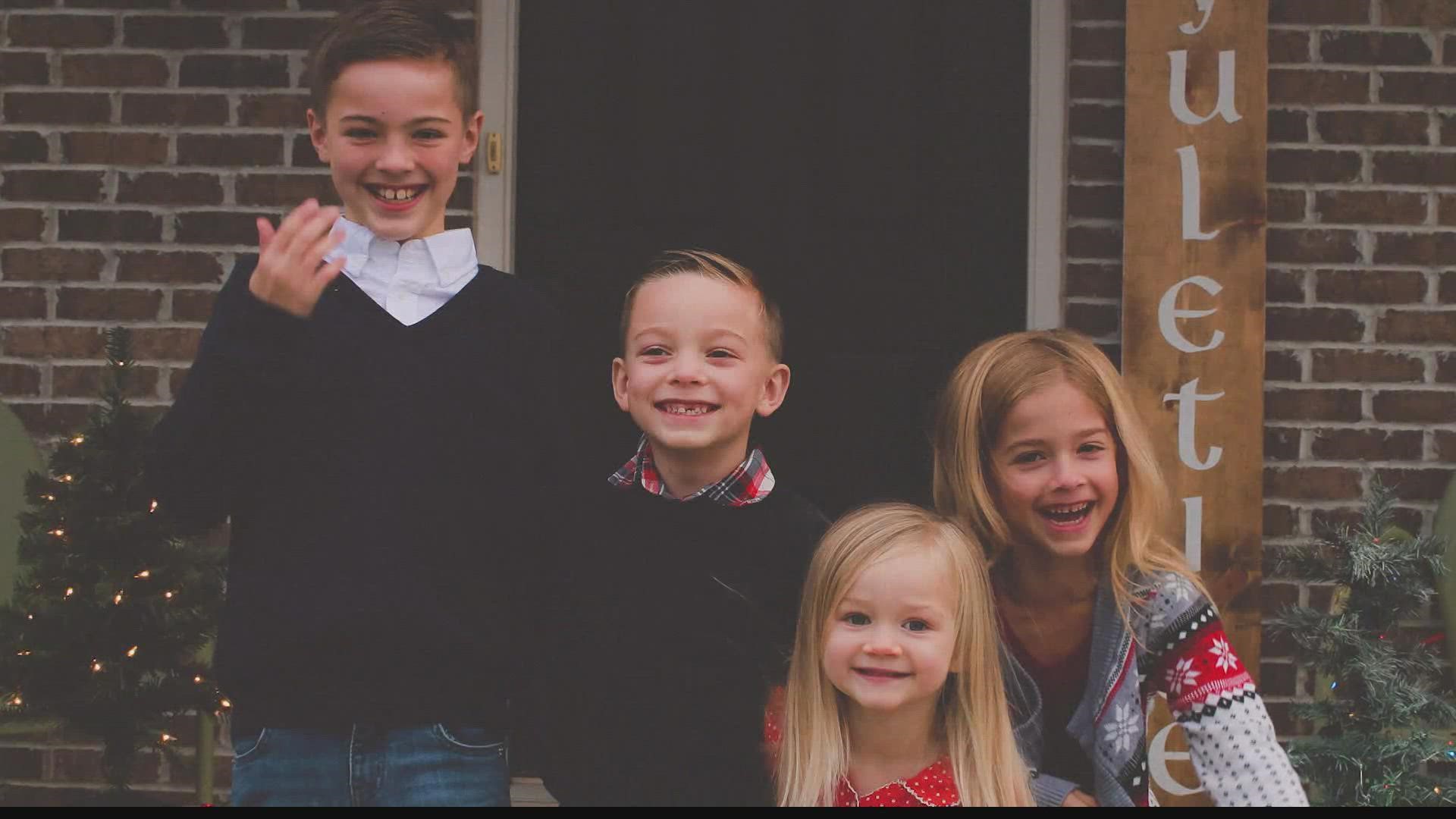 MCCORDSVILLE, Ind — NOTE: From the surveillance video, 13News is unable to establish if the school bus stop arm is out or if the flashing lights are operating.

Kelley Beal feels lucky she happened to be outside waiting for three of her children to get off the school bus Sept. 9.

She said the Mt. Vernon school bus had stopped in front of her house with the lights flashing and the stop arm out.

Then she said she noticed a UPS truck roll through a stop sign and turn onto her street.

"I just knew he was not going to stop," Beal said.

In surveillance video, you can hear her screaming "stop" as the UPS truck starts going around the school bus. At the same time, her three children had gotten off and were about to cross the street.

Beal said when the bus driver heard her screams, they began waving at the UPS driver to stop and Beal believes it was the bus driver that honked her horn.

The UPS truck lurches to a stop not far from where the children froze when they heard their mother screaming.

In the video, you can see the UPS truck then backup and the children cross the street.

Beal said she then confronted the UPS driver.

Beal said the driver also had earbuds in and she's not sure if he even heard her screams or stopped when he spotted her children coming around in front of the bus.

Beal reached out to the school and police were called. She said an officer stopped the UPS driver in the neighborhood. She said the officer told her the driver thought the bus was having mechanical issues.

13News reached out to the McCordsville Police Department about the incident. Major Jim Bell responded, saying the officer spoke with the driver of the vehicle. According to police, the UPS driver told the officer that he did not see the stop arm extended when he went to pass. The driver also stated that when he observed the stop arm out, while passing the bus, he did stop the truck.

Police said they were provided surveillance video of the incident, but the officer can not determine if the stop arm was out when the UPS driver was passing the bus. The officer was unable to determine if a violation had occurred.

13News also reached out to UPS and was provided the following statement:

“Safety is UPS’s number one priority. We are aware of the incident, and we are investigating the situation and will take the appropriate action. Our drivers are trained to be aware of their surroundings at all times and to be among the safest drivers on the road.”

The Mt. Vernon Community School Corporation also released a statement which notes the stop arms do have cameras:

The Mt. Vernon Community School Corporation (MVCSC) believes student and staff safety is our number one priority. All stop-arm violations are reported to the appropriate police department who complete the investigation. All of the MVCSC buses are equipped with bus stop arm cameras and video is provided to the police to use in their investigation. We continue to be thankful for our partnerships with our local law enforcement agencies. For any further questions regarding this matter, please contact the McCordsville Police Department.