People told the local newspaper there were no issues until officers started to break up the crowds. Law enforcement said someone pointed a gun at them. 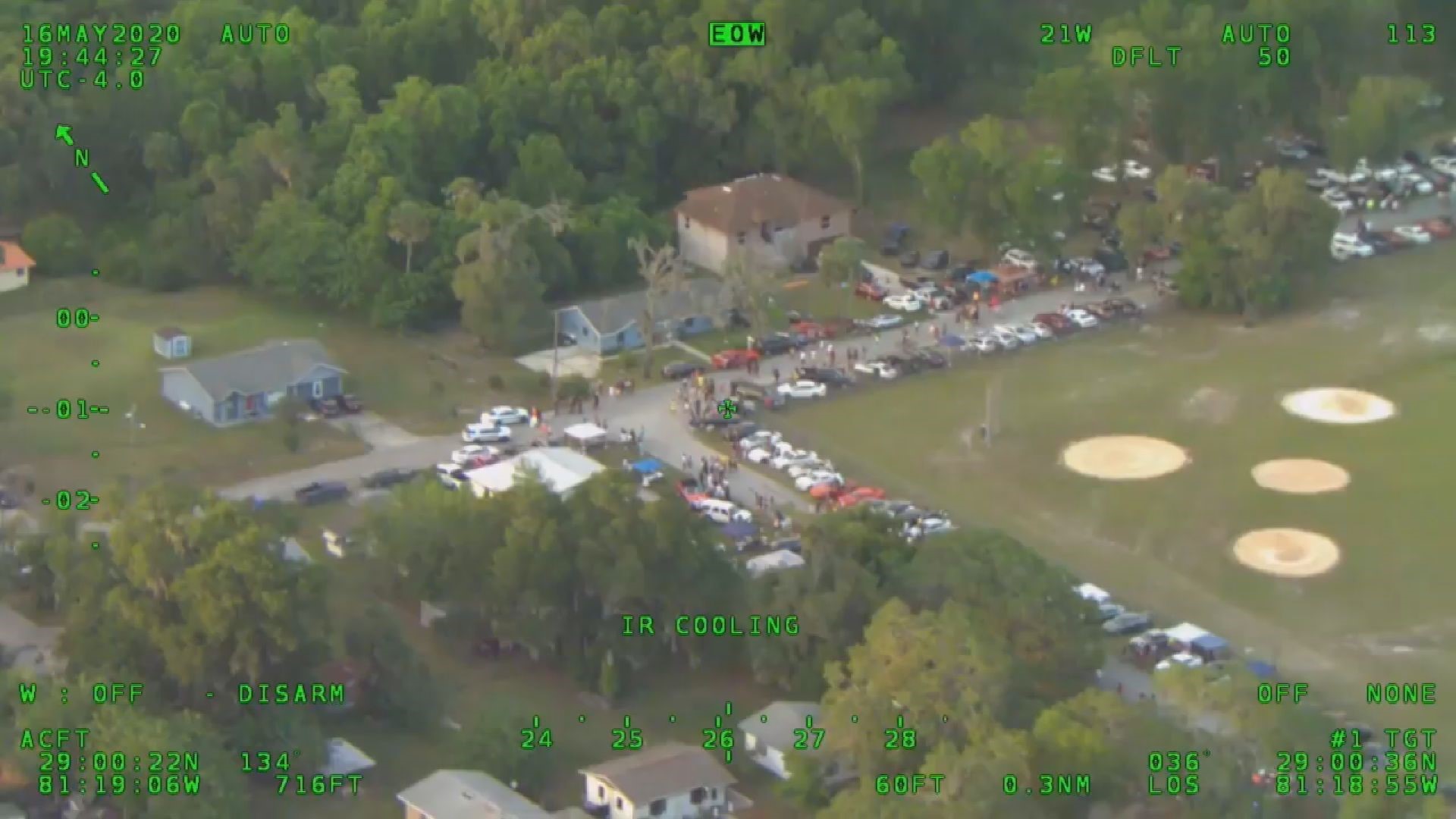 DELAND, Fla. — Deputies arrested several people during a large gathering in Volusia County, where the sheriff's office reported about 3,000 people in attendance.

The block party -- or parties, the Volusia County Sheriff's Office said in a Facebook post -- was quiet during the day Saturday but became heated during the nighttime hours.

Warning: The video at the Facebook link contains strong language and "intense" footage.

It was being held in memory of Kenya Alexander, a DeLand man who was murdered in 2008, according to The West Volusia Beacon.

Around 10:30 p.m., the sheriff's office said someone pointed a long gun out of an open window toward a deputy and people who were at a gas station at Beresford and Spring Garden avenues.

Deputies searched for the car and passenger in question but were not successful.

The Beacon reports deputies and officers with the DeLand Police Department tried to close the gas station store down, which prompted confusion from the crowd.

"They gave us no reason why they were shutting us down," store owner Vadricka Gordon later told the newspaper. "We don’t have anything to do with anything out there, we’re just trying to run our business."

The sheriff's office, joined by DeLand police officers, said it later was faced with growing crowds blocking traffic in the area and creating safety hazards. People were told to leave, but the crowds would gather elsewhere.

Law enforcement eventually came across two men, who the sheriff's office identified as Alphonso Parker and Charles Turner, exchanging a firearm. One deputy shouted to Turner to drop the gun, but he ran off and threw it away, deputies said. He eventually was caught, and the gun was found to have a round loaded.

Turner later was charged with two counts of possession of a weapon/ammunition by a convicted felon, tampering with evidence, inciting a riot and resisting an officer without violence. Deputies said he already had a criminal history of 25 felony charges with five convictions.

Parker was eventually arrested with many of the same charges.

Later, two deputies were hit with a cup of alcohol while another was sucker-punched by another man, the sheriff's office said. Another deputy and a DeLand officer were hit with a barstool and mason jar -- that officer suffered a minor head injury, law enforcement added.

"The behavior that occurred here overnight was dangerous, senseless, unacceptable and an embarrassment to our community," the sheriff's office said on Facebook.

Some people in the crowd were frustrated at law enforcement, saying there were no fights or issues before the crowd was beginning to be broken up.

"Can we enjoy ourselves? No," one woman told The Beacon, adding, "We are human too — black lives matter. Every life matters."