A 17-year-old from Nampa was taken into custody by Meridian Police on Monday for allegedly stabbing a 14-year-old at Wahooz Family Fun Zone on Saturday. 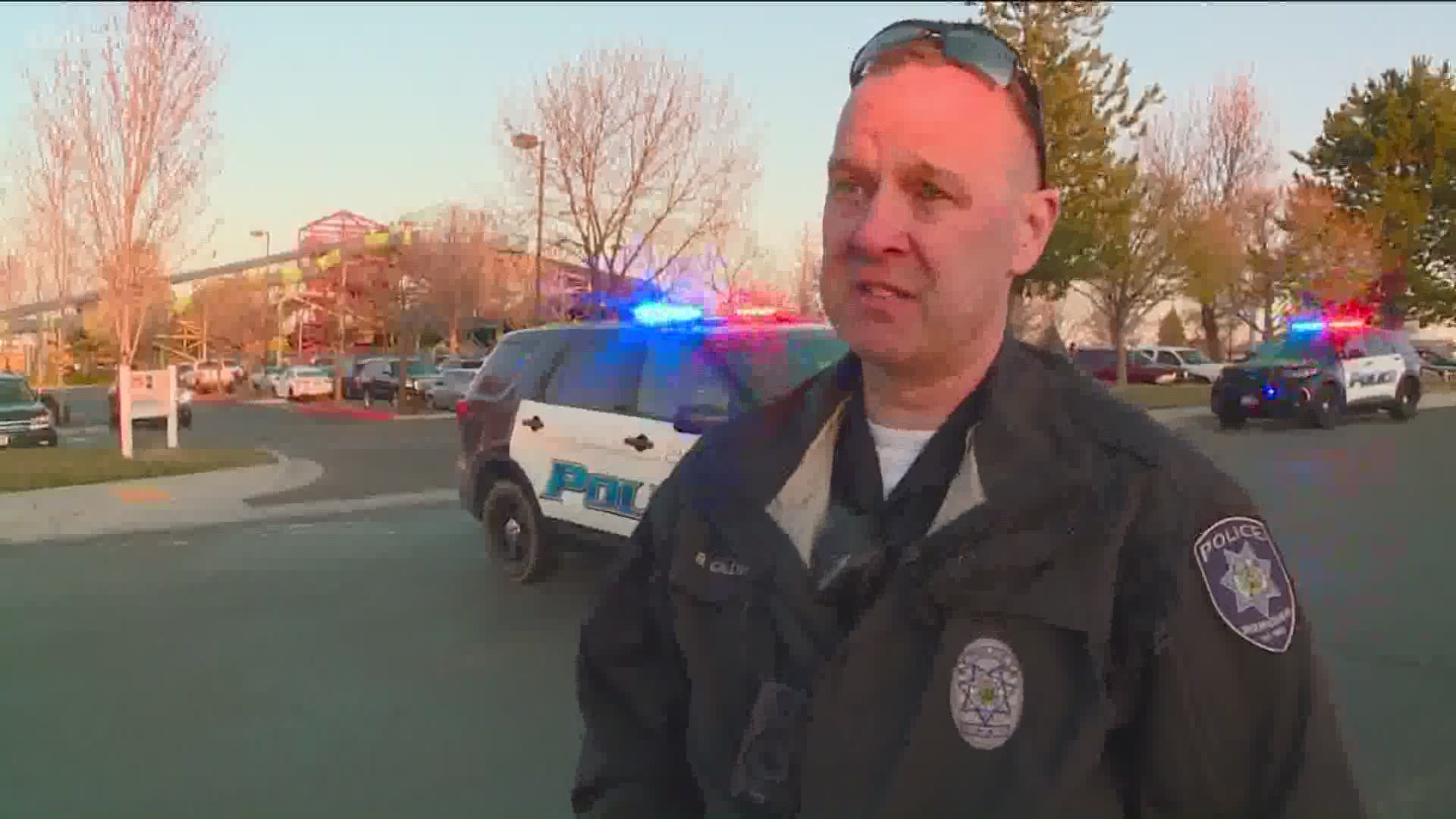 MERIDIAN, Idaho — Meridian Police have successfully identified the suspect who stabbed a 14-year-old boy during an altercation at Wahooz Family Fun Zone on Saturday.

The suspect, a 17-year-old from Nampa, was taken into custody on Monday. Because he is a minor, his name will not be released to the public, according to MPD Public Information Officer Stephany Galbreaith.

Around 6:20 p.m. on Saturday, Meridian Police received a call about a potential stabbing at Wahooz. Upon arrival, police discovered a 14-year-old boy had been stabbed in his side.

According to police, an altercation broke out between two teens when the suspect stabbed the boy and fled the scene. The 14-year-old boy was immediately taken to a nearby hospital for treatment. His condition is currently unknown, but Wahooz management said he was responsive and conscious when transported.

"This is extremely rare for everywhere in Ada County," Meridian Police Lt. Brian Caldwell told KTVB. "This is not something that typically happens here. It is a sign of the growth in the area, but it's still an incredibly safe place."

Wahooz management issued a statement on the incident shortly after police cleared the scene. The statement reads in part:

At approximately 6:25pm there was an altercation between two groups of young adults at Wahooz.  A male was stabbed in the side. He was responsive and conscious when transported by ambulance. Wahooz management is cooperating fully with authorities in the investigation. The safety of guests and employees was not compromised at any time. Wahooz remains open.

The investigation is ongoing at this time. If you have any information regarding the incident or the suspect, you are asked to contact Meridian Police Department at 208-846-7300. You can also contact Crime Stoppers anonymously at 208-343-COPS.