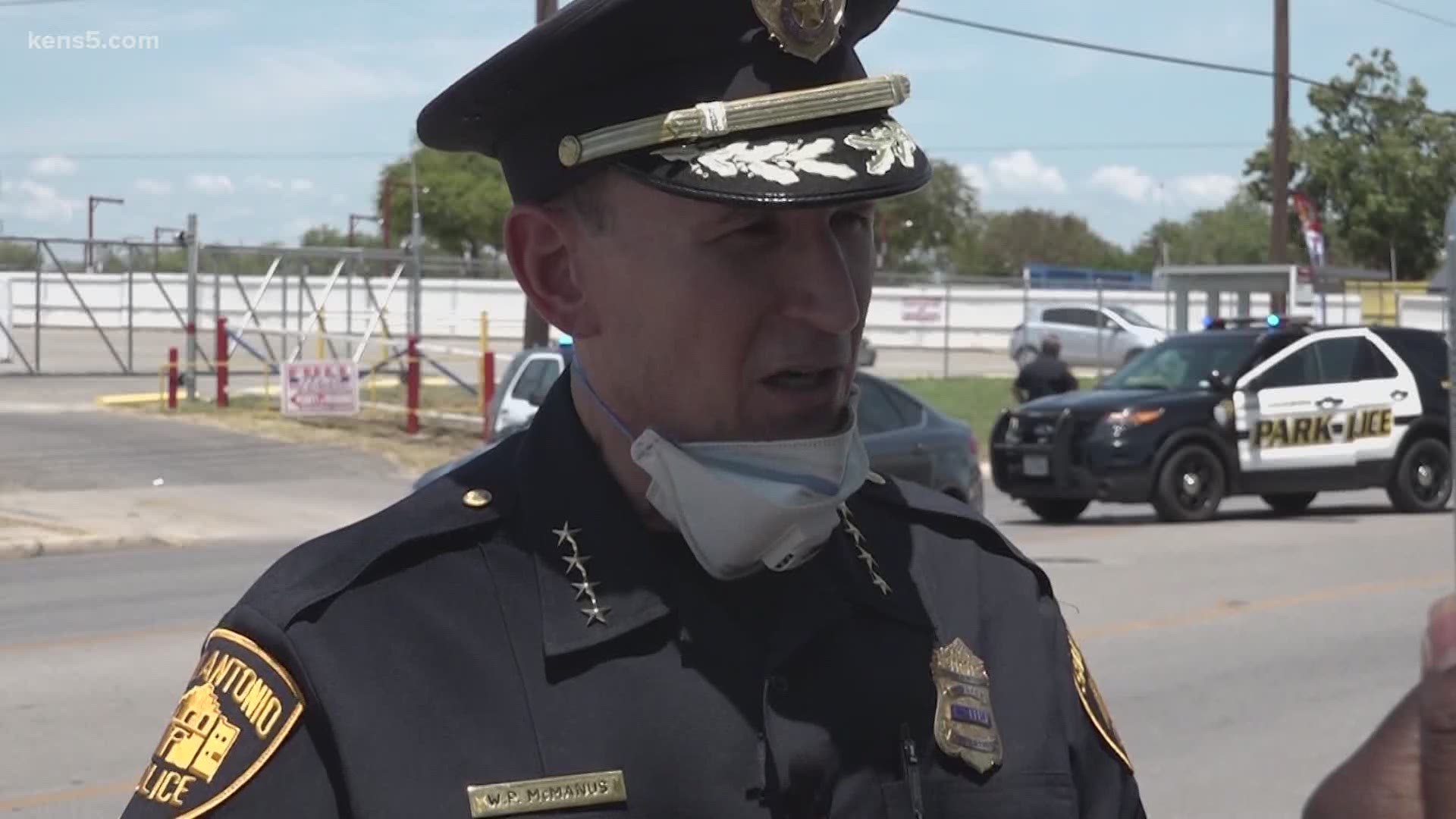 Five people were shot during a dispute on Sunday morning, causing serious panic. Witnesses tell us that as soon as they heard shots ring out they started running, some hiding under tables, others getting into their cars and plowing down a fence to get away from the barrage of bullets.

“The shooting started and the whole world started running. Suddenly, you could see two, three people injured on the floor. And that's all about I could figure out because I started running, too in all that noise. That's all I could see here at the flea market. And now it's filled with police.“

Willmen Mendieta says he was visiting from Austin, and like the thousands of people normally at the open air market, he too took off running at the sound of gunfire.

“There were so many shots. There was so much gunfire, and in the middle of all of the shooting, there were just people running and running. I couldn't see too well, but you could hear a lot of detonations of bullets,” he said.

A massive law enforcement presence arrived to a chaotic scene.

“There was a lot of people exiting quickly," said Russell Johnson with the San Antonio Fire Department. "On the other side in the vendors and stuff, you can see where people just drove through the fences to get out.”

A fence mowed down by people running for their lives is now boarded up. Hours after the gunfire, police are still at the scene investigating, but shoppers and vendors finally got to leave after a terrifying ordeal.