Besides being accused of driving while under the influence of alcohol, 34-year-old Elizabeth Renee Jacobson is charged with fleeing a peace officer in the incident.

SHOREVIEW, Minn. — A Brooklyn Park woman convicted 10 years ago in the death of a deputy's wife while she drove intoxicated is again charged with DWI.

Besides being accused of driving while under the influence of alcohol, 34-year-old Elizabeth Renee Jacobson is charged with fleeing a peace officer in the incident, which took place June 18.

A criminal complaint filed against Jacobson details how Ramsey County deputies were dispatched just after 2:30 p.m. that day after a 911 caller told dispatchers they had seen a female driver slumped over the wheel of a white Ford Fusion at the Freedom gas station on the 5900 block of Hodgson Road in Shoreview. The caller then said the woman woke up and began erratically driving away, nearly hitting several mailboxes.

Deputies located the vehicle turning off Centerville Road onto County Road J and pursued the driver, later identified as Jacobson, with lights and siren on. The suspect vehicle slowed almost to a stop but then sped up, with the driver refusing to stop. Eventually, deputies in pursuit say Jacobson entered I-35E and drove about three-quarters of a mile before one squad performed a pursuit intervention technique (PIT) maneuver, causing Jacobson to spin and hit the guard rail.

Once stopped, authorities say Jacobson refused to exit the vehicle, ignoring loud commands to do so. Deputies eventually used a baton to break a window on her car and removed her from the vehicle. They say Jacobson dropped her full body weight to the ground and sat there, refusing to cooperate. She spoke slowly and was lethargic but denied using alcohol or illegal drugs, saying instead that she was on an antidepressant called Effexor. A check revealed Effexor is not a controlled substance, but should not be taken with alcohol.

Prosecutors say Jacobson was taken to a Ramsey County Patrol Station, where she refused breath and blood tests. She was then taken to Regions Hospital, where a warrant allowed staff to take a blood draw. Staff also told her to evaluate her mental health she would need to take a breath test, which registered .204, more than two times the legal limit for driving.

A search of Jacobson's vehicle and belongings turned up an empty bottle of vodka and a vial of Effexor. Investigators learned she was wanted on a warrant issued in Anoka County for DWI issued the same day Jacobson was arrested in Shoreview. In that case, a criminal complaint says she drove to a restaurant while intoxicated, with her 10-year-old daughter in the car.

Jacobson was previously convicted of criminal vehicular homicide in March of 2009 after she drove the wrong way on Highway 10 and hit a Ramsey County squad car driven by Deputy Joe Lopez. The deputy's wife Maggie, who was riding along with her husband on New Year's Eve, was killed and the deputy's  arm was broken. Jacobson's blood alcohol level at the time was .19. She was sentenced to nearly five years in prison. 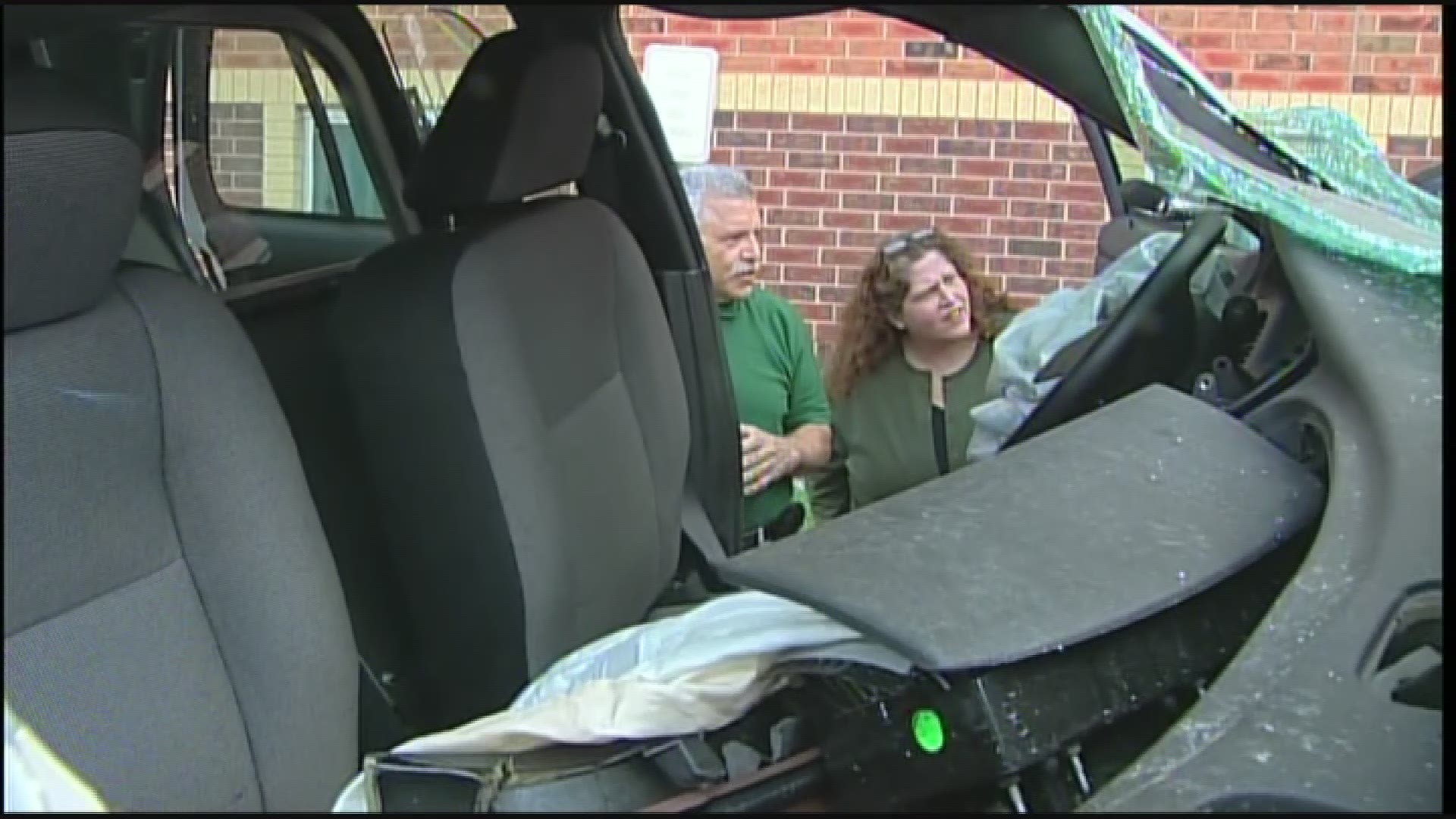 Maggie Lopez was a registered nurse and mother of three. Ramsey County Sheriff's deputy Kristi Pavek, a family friend, told KARE 11 at the time that Maggie often rode along with her husband because she was interested in his job.

Pavek was also working early that morning and saw the couple just an hour before the accident. They were sitting in their squad cars and looking at an impressive Christmas lights display in Shoreview. Pavek remembers seeing a huge smile on Maggie's face.

"I was so glad she was able to see that," Pavek says.