Two teenagers have been arrested in connection to the dragging death of Victor Camacho Arellano. 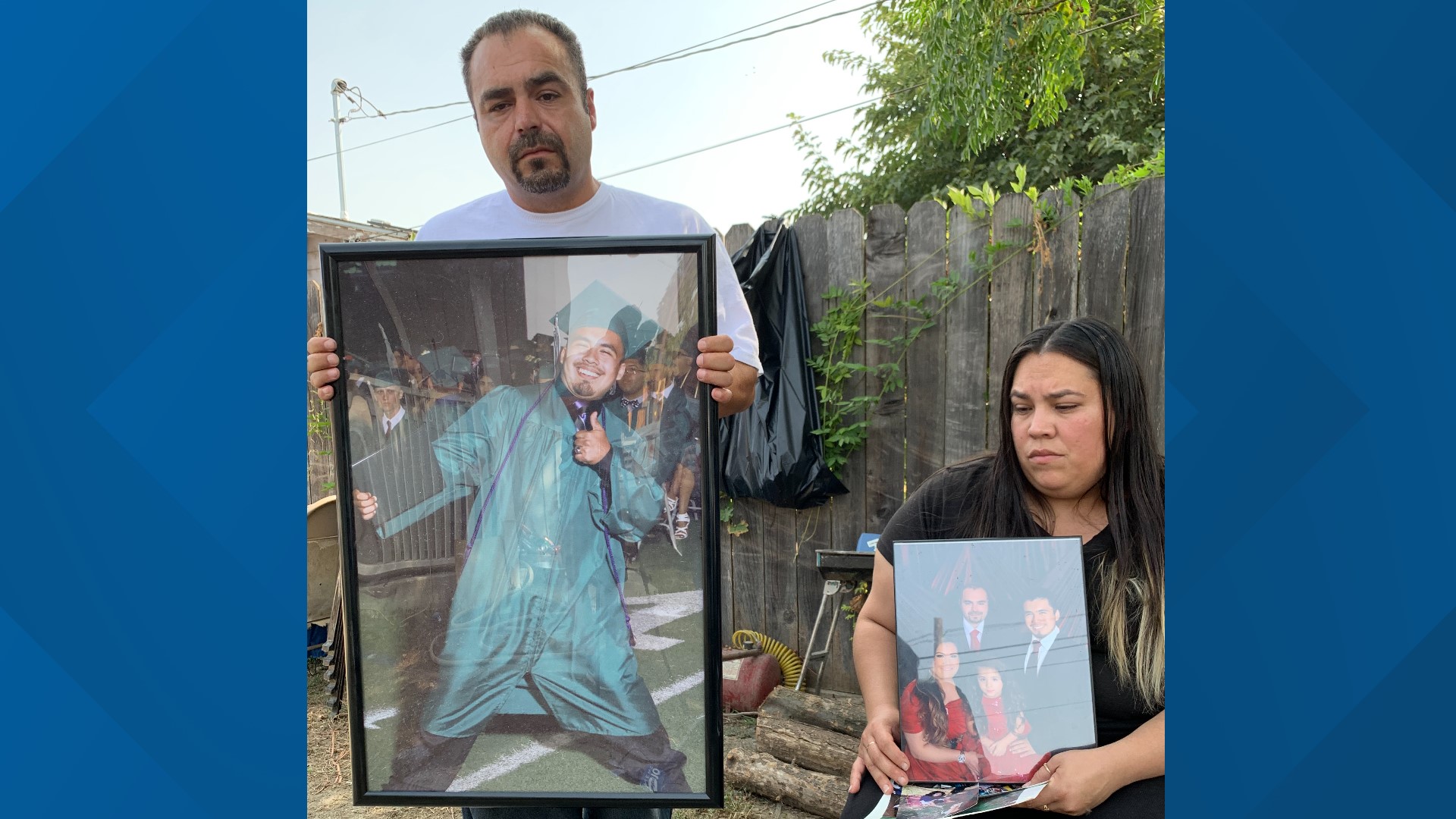 Victor Camacho Arellano was killed as he ran outside his home trying to stop two thieves from stealing his father’s vehicle.

According to the Sutter County Sheriff’s office, they received a 911 call about two individuals trying to steal a car on the Camacho’s property. It happened on September 10 around 9 p.m. near the 2300 block of Howlett Avenue in Yuba City.

Police say the suspects tried to flee when the victim ran out and he tried to stop them by reaching into the vehicle and disabling the car. Victor, just 19 years old, was dragged on the roadway and sustained major injuries. He was taken to the hospital where he later died.

“They took my only son from me. My son was trying for them not to get away,” said Josefina.

Josefina and her husband were too distraught to talk about what happened that night, but they wanted people to see Victor, not just as a victim but as a good young man.

Josefina said her son was going to turn 20 years old in October and was a second-year student at Yuba College, aspiring to have a career in Criminal Justice. She added that he had a big personality.

“He was silly, he was goofy, and he enjoyed life,” said Josefina.

Josefina said during his high school graduation, Victor told her the school would take two official pictures of him, and he wanted to make sure his parents had a serious picture of him receiving his diploma and a personality picture of him smiling and pointing to the camera. His parents held on to that picture as they described their son.

The Sutter County Sheriff’s Office identified the two suspects as 18-year-old Edgar James McKnight and 19-year old Danny Floyd Ray McKnight. They are both booked at the Sutter County Jail on suspicion of murder. Bail for each has been set at $1 million.