The storm is expected to bring dangerous storm surge to low-lying areas. 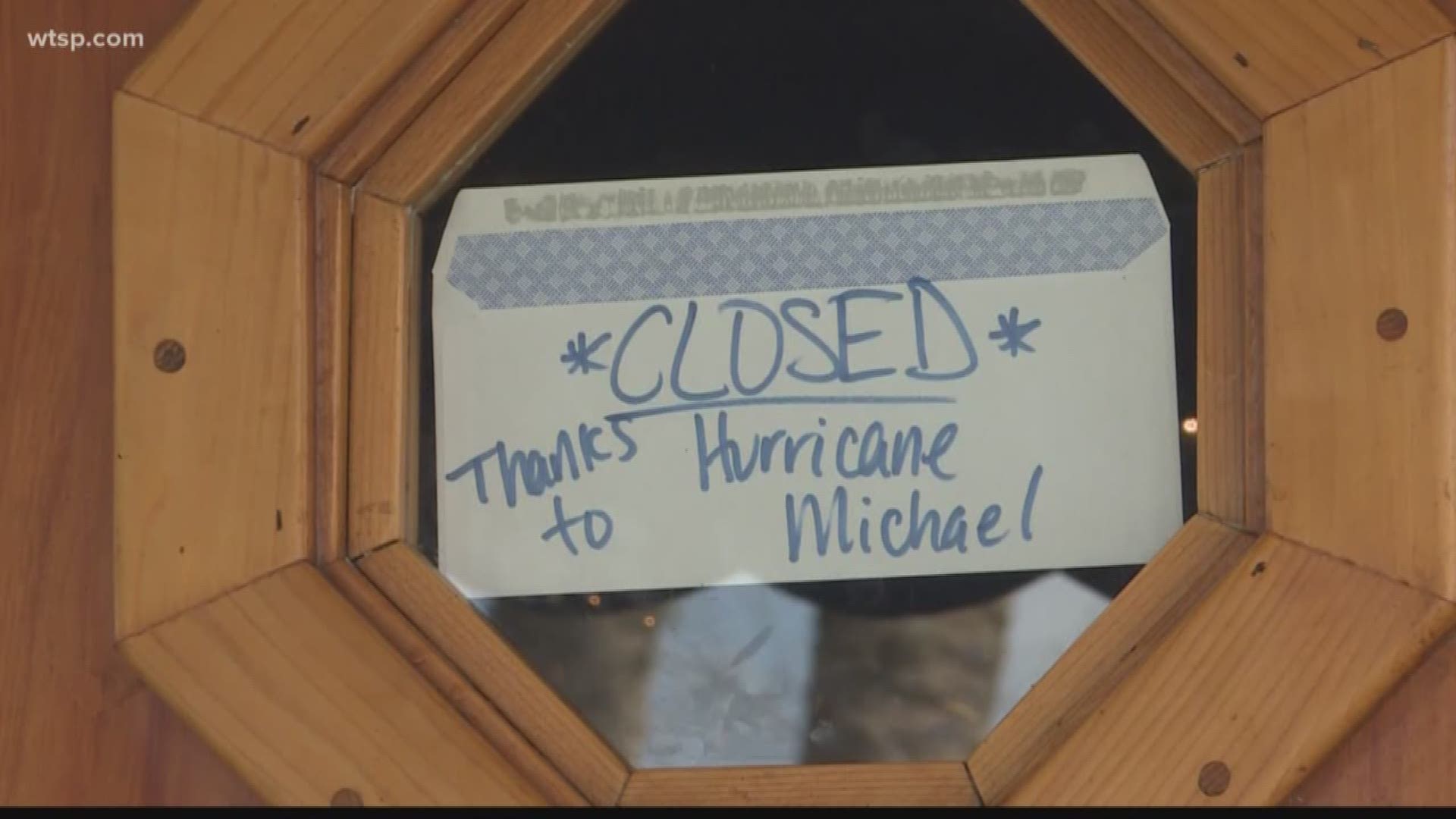 Floridians along the Panhandle are preparing for what could be the worst storm they’ve seen in years as Hurricane Michael barrels towards the Gulf Coast.

Storm surge is the biggest threat for the Tampa Bay area where we’re already seeing significant flooding in northern counties. Tuesday afternoon, the governor warned people get out while they can.

As people in Citrus County are preparing for a dangerous storm surge of 6 to 8 feet, there was a frantic rush at Peck’s Restaurant in Crystal River to get storm ready. Hurricane Michael is expected to bring potential catastrophic flooding to their low-lying property.

“It really damaged this place," she said. "We had to completely redo this place for Hermine.”

As workers laid sandbags outside the restaurant, others were picking them up hoping to protect their home against the rising waters.

Dan Turco is skipping the sandbags all together for his fish camp, which is in the mandatory evacuation zone west of U.S. 19, but he’s packing what he can.

“Just packing up getting all my fishing rods out of here, fishing equipment and fishing poles,” Turco said.

Also living in the mandatory evacuation zone is Dennis Ackerman who says he plans to wait it out instead of going to one of the four shelters across the county.

“I’ve got nowhere to go and I don’t think it’s going to be that bad,” Ackerman said.

While others prepare for the worst, everyone hopes Hurricane Michael dodges the area altogether.

“We’re resilient. We love our piece of paradise out here. We know the water will recede and we’re going to come back out and clean it up. We’ll get right back where we were,” McDougall said.

Schools and government agencies are closed Wednesday in Citrus County. Tolls for bridges are waived.

While water across the county is rising, there is time to get out now, but that won’t last for long.