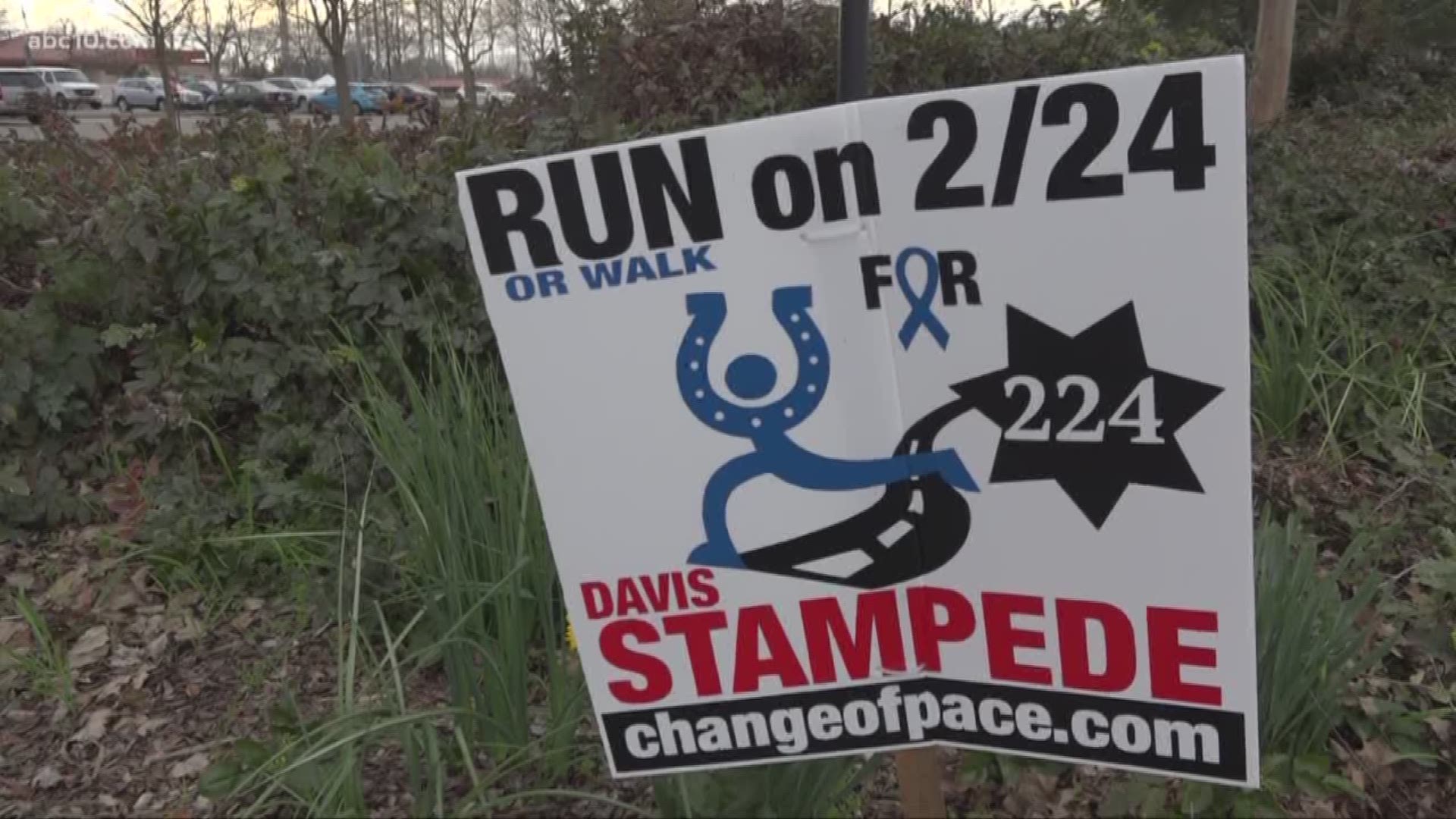 DAVIS, Calif. — The 37th annual Davis Stampede, a community running and walking event, will pay tribute to a Davis Police Officer who was killed in the line of duty in early January.

On Sunday, hundreds will run the race sporting bibs and t-shirts with blue ribbons and Officer Natalie Corona’s badger number 224. The event was coincidentally scheduled months ago to take place on Feb. 24 (2-24).

Corona was an avid community volunteer who also helped out with events put on by the Change of Peace Foundation, who organizes the event.

“And so when we learned that her badge number was also 224 and coincided with the date of the race, we thought you know how can we do something in her honor,” said Jeannine Henderson, a race organizer.

Never in the 37-year history of the Davis Stampede has there been a tribute planned for a single person, but the A Change of Pace Foundation will change that norm to remember Officer Natalie Corona throughout the year.

Community members say the fatal attack of Officer Corona took a toll on the whole of Davis. Blue ribbons and other tributes still line the streets of the City.

“We kind of forget those people that help to serve us daily, just on a daily basis,” said Fernando Cruz, a Davis resident who plans to run the race with his wife Sunday. “I think this just kind of brings it to a whole. To make sure that we do everything we can to honor them.”

$2.24 of each event entry will go toward the Davis Police Department. The money will be used in honor of the late Officer Corona.

"When I tried to get her to apply to the Colusa County Sheriff's Department, I remember what Natalie told me," Merced Corona said. "Natalie said, 'Dad I have found the perfect department in the perfect City. Everyone at the PD and the City are so nice. I can't see myself going anywhere else. This is where I want to work.'"