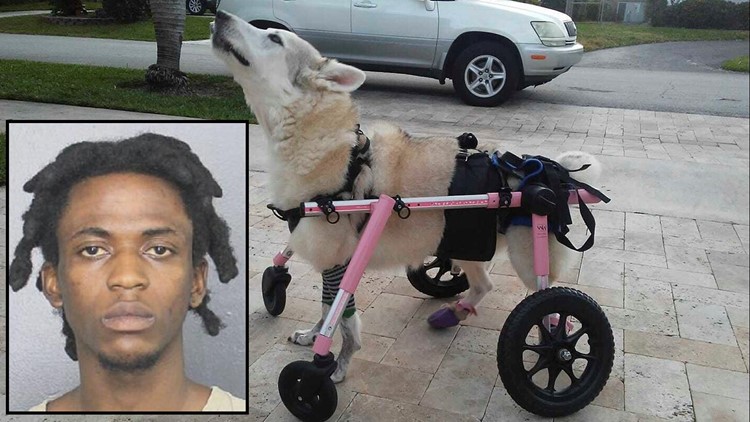 Photo by: CBS via WPEC

Arrest made after dog in wheelchair found dead in stolen car

OAKLAND PARK, Fla. — Zorra helped her owner get through breast cancer treatment -- but she needed plenty of help, as well. The 13-year-old husky-shepherd mix was disabled. She got around in a wheelchair -- and she was in the back of Wanda Ferrari's car when it was stolen on Oct. 3.

On Tuesday, the car was found. Zorra was still inside. She was dead.

Ferrari called 911 and hired a pet detective. There was a $3,000 reward for information leading to an arrest, and, according to CBS 12News, a man was taken into custody, on Thursday.

19-year-old Jephthe Jean Francois is facing 15 charges, including grand theft auto, burglary -- and causing the death, pain or suffering of an animal.