Cathy Misner was watering flowers Friday when a red Jeep Compass came barreling into the yard, striking her and pinning her against a landscape wall. 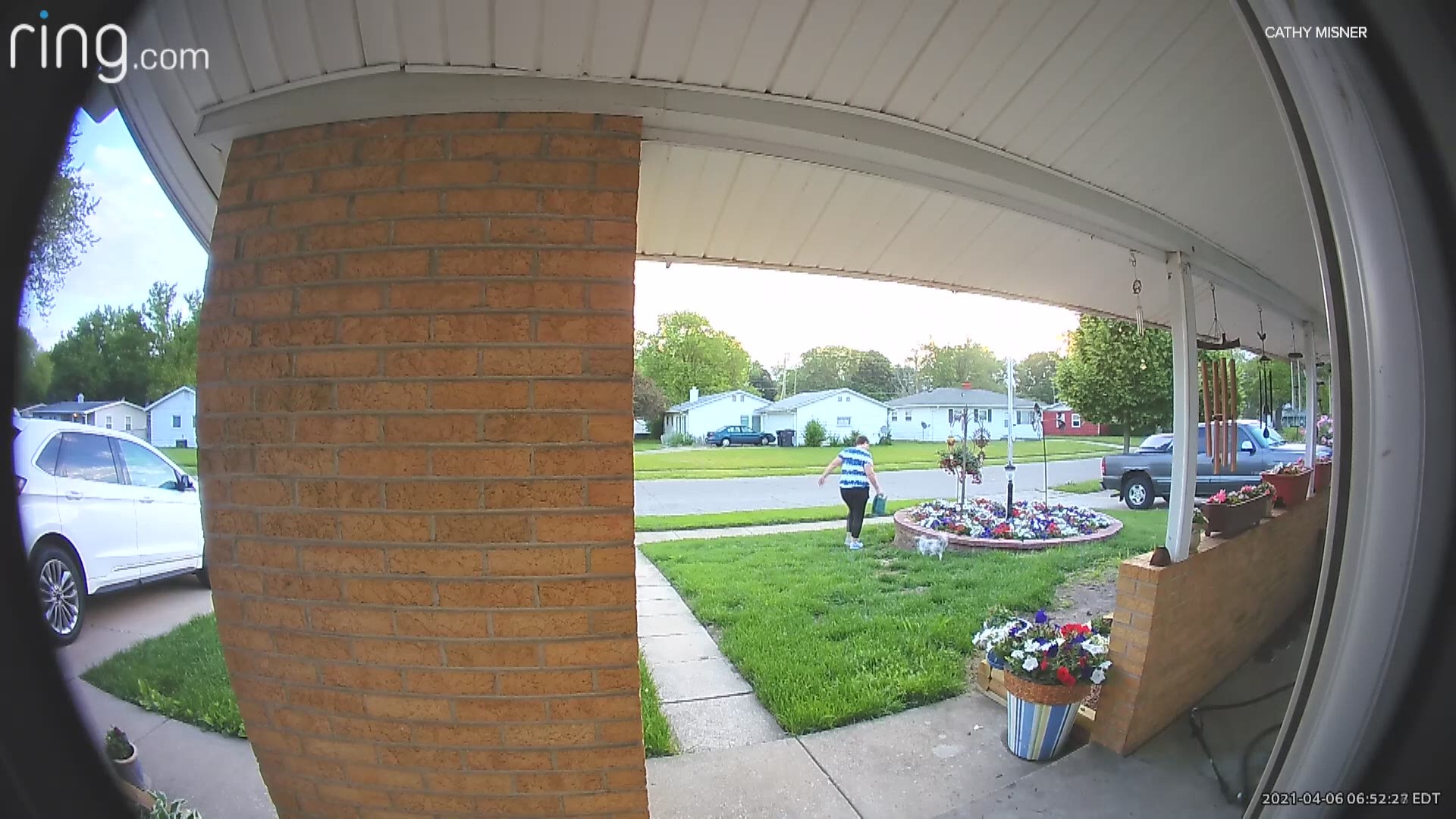 LAFAYETTE, Ind. — Lafayette police have identified a person of interest in a hit-and-run crash that injured a woman while she watered flowers in her yard.

(WARNING: The video in the player above contains images that may be upsetting to some viewers.)

Cathy Misner said she was watering her flowers around 7 a.m. Friday when a red Jeep Compass came barreling into the yard, struck her from behind and pinned her against a garden wall.

Misner said the driver asked her if she was OK. She replied "no," and asked him to call an ambulance.

Instead, she said the driver took off.

The initial incident was captured on Misner’s Ring doorbell camera. Her dog, which was by her side as she tended to her garden, appeared to walk away after the car struck Misner.

A family member took Misner to the hospital where she was treated for lacerations and a small fracture in one of her legs.

On Thursday, Lafayette police identified 50-year-old Erik Costello as a person of interest in the case.

If you have information regarding the case or Costello's whereabouts, contact the Lafayette Police Department at (765) 807-1200, or the anonymous WeTIP Hotline at (800) 78-CRIME.