Sheriff: Woman who ran 'Drop It Like It's Hot' clinic charged with trying to have husband killed 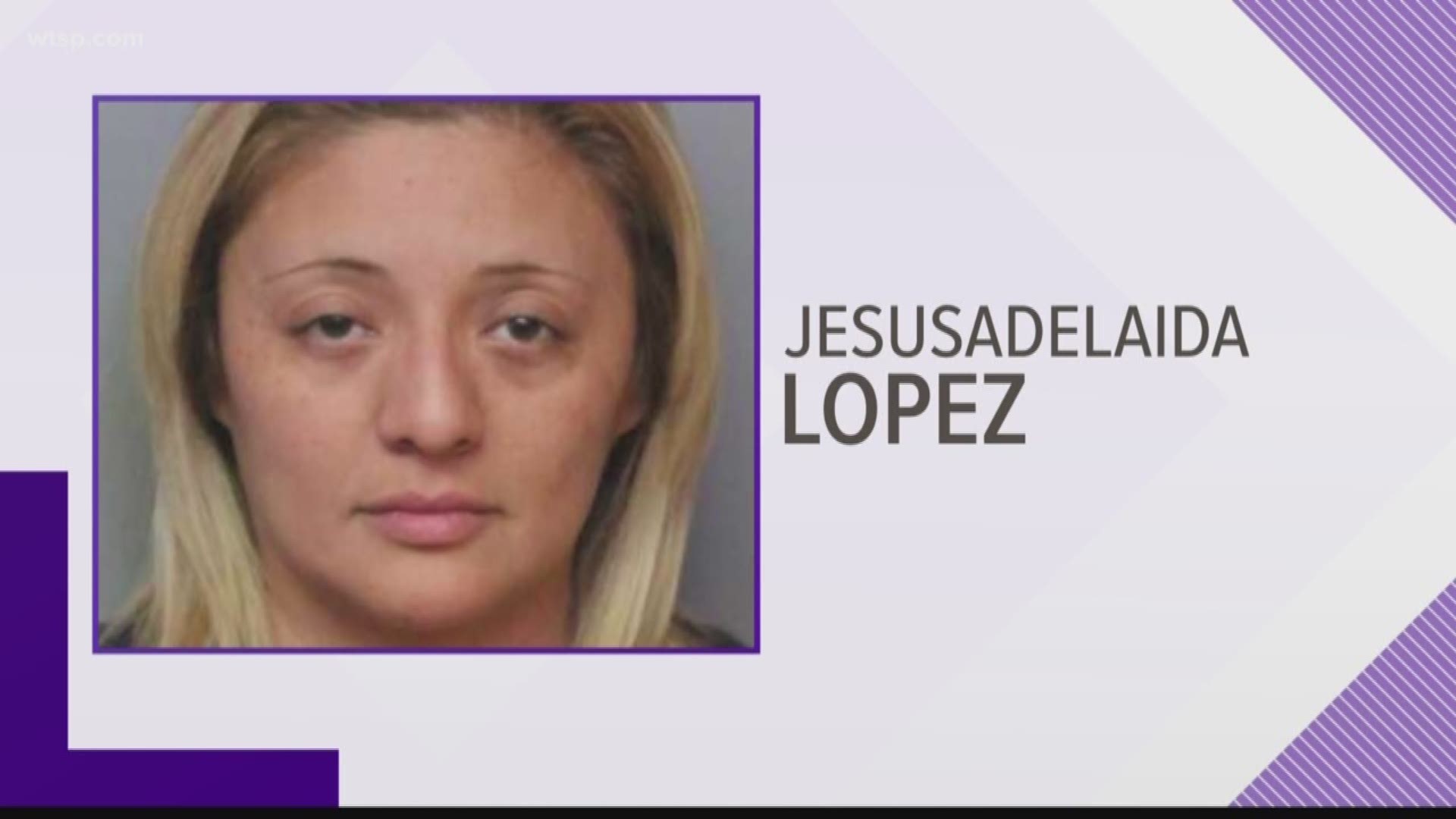 POLK COUNTY, Fla. — A woman accused of practicing without a license not once, but twice, has now been charged with trying to have her husband killed, the Polk County Sheriff's Office announced Wednesday afternoon.

A new charge has been filed for Jesusadelaida "Jesse" Lopez, 40, the woman accused of posing as a nurse at a “Drop It Like It’s Hot” weight-loss clinic in Polk County.

Sheriff Grady Judd said the new charge against Lopez is a first-degree felony of solicitation to commit first-degree murder.

One of the problems-- she tried to hire an undercover detective, Judd said.

Deputies said the investigation began after Lopez made comments about wanting to have her husband killed in August 2019.

During the investigation, detectives said Lopez sent "Smart Mail" emails from jail as well as a letter to an undercover P.O. box. She asked to have the detective "remove a tree" from her house in the letter, detectives said, agreeing to pay him $500 upfront and $2,000 in total. She also included she wanted the murder to look like a "robbery gone wrong" and to cover it up to make it not fall back on her, according to investigators.

Detectives said she later admitted to making the statements.

Lopez was expected to have a first appearance hearing for this charge Wednesday afternoon.